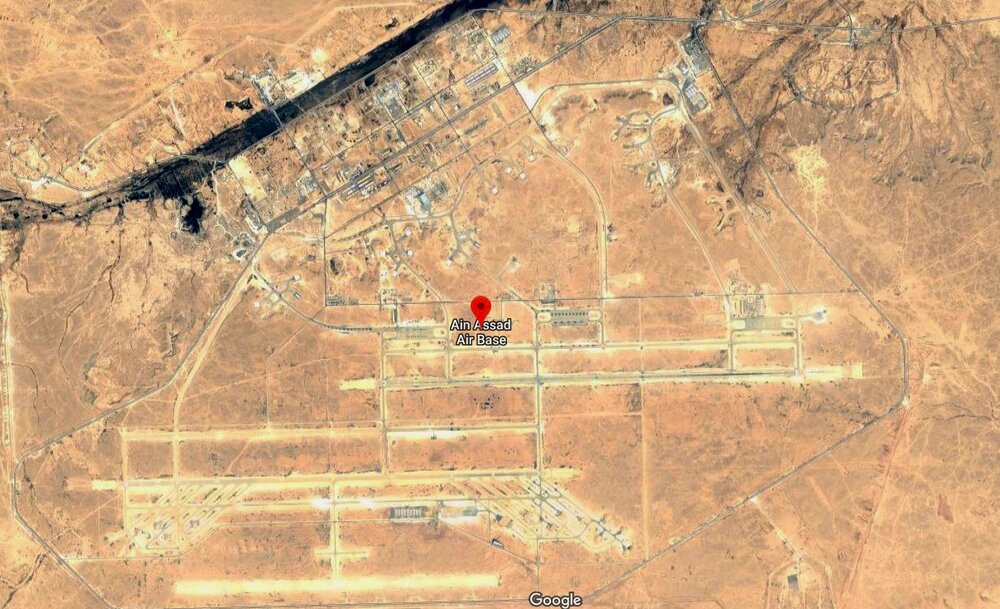 This is the fourth drone strike by resistance groups against US military positions in Iraq. The Ain Al Asad was also attacked by three drones on April 16.

Col. Wayne Marotto, OIR Spokesman stated in a tweet: “This morning at 0220 Ain Al-Asad Air Base (AAAB) was attacked by an unmanned aerial surveillance system. No injuries reported. A hangar was damaged.”

Share it:
Ain Al Asad Airbase Iraq US US in Iraq