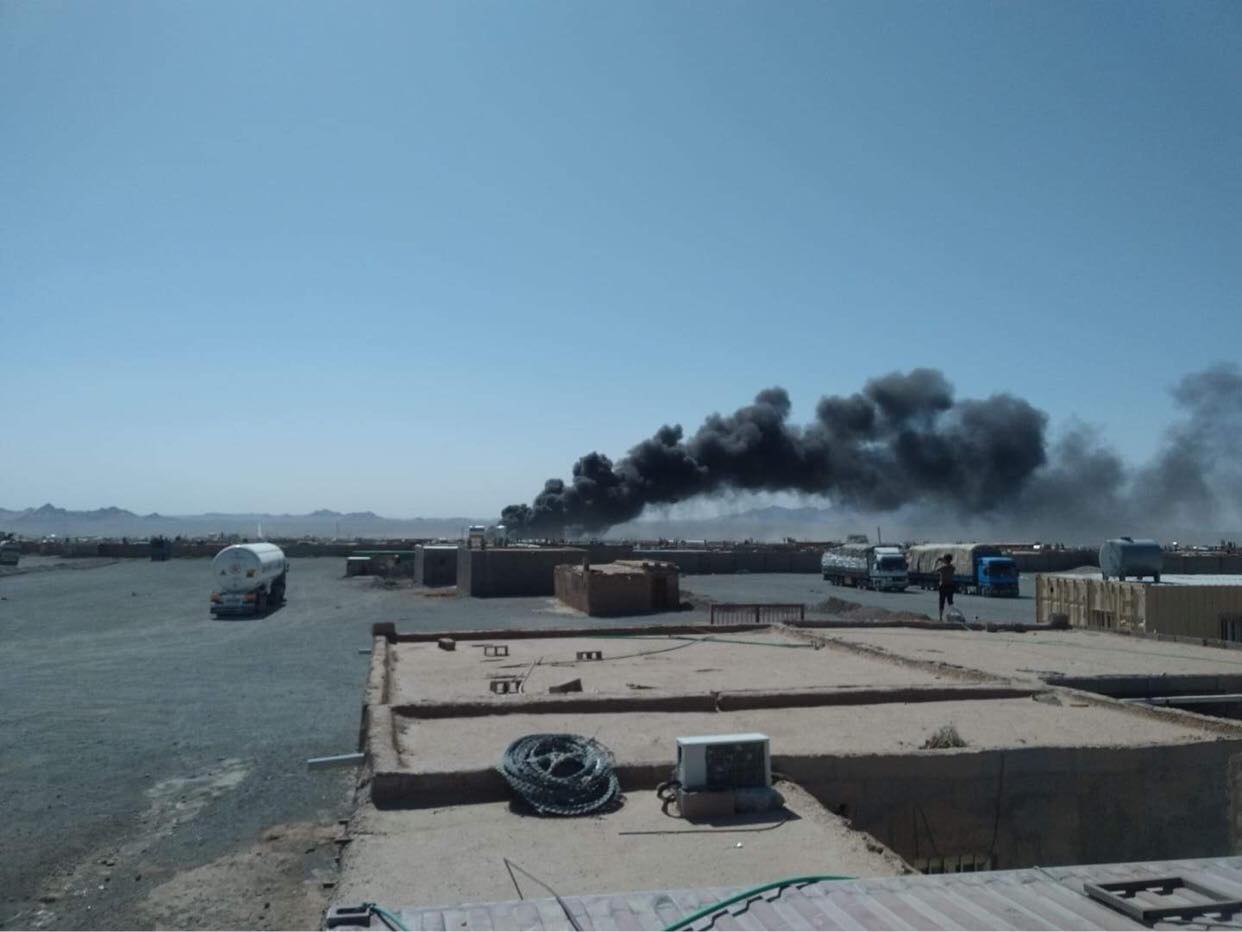 ISWNews Analysis Group: On May 26, a severe fire broke out at Abu Nasr Farahi crossing in Farah province.

According to the latest news from the Abu Nasr Farahi border crossing, a fire broke out in the bazaar and customs of Mil 78 and 2 fuel tankers were completely burnt. Currently, with the help of the Fire Department of South Khorasan Province in Iran, this fire has been contained and the cause and damages of this incident are still being investigated.

The fire is said to have taken place after the Khorasan branch of ISIS threatened oil stations in Afghanistan. Some local officials also attributed the accident to the overturning of one of the tankers.

This is the fourth large-scale fire at the Iran-Afghanistan border crossing in the last six months. Earlier, fuel tanks had caught fire at the Islam Qala’ah crossing in Herat province on February 13, 2021, and two other similar fires had occurred at the Abu Nasr Farahi crossing on February 23 and March 6, 2021.