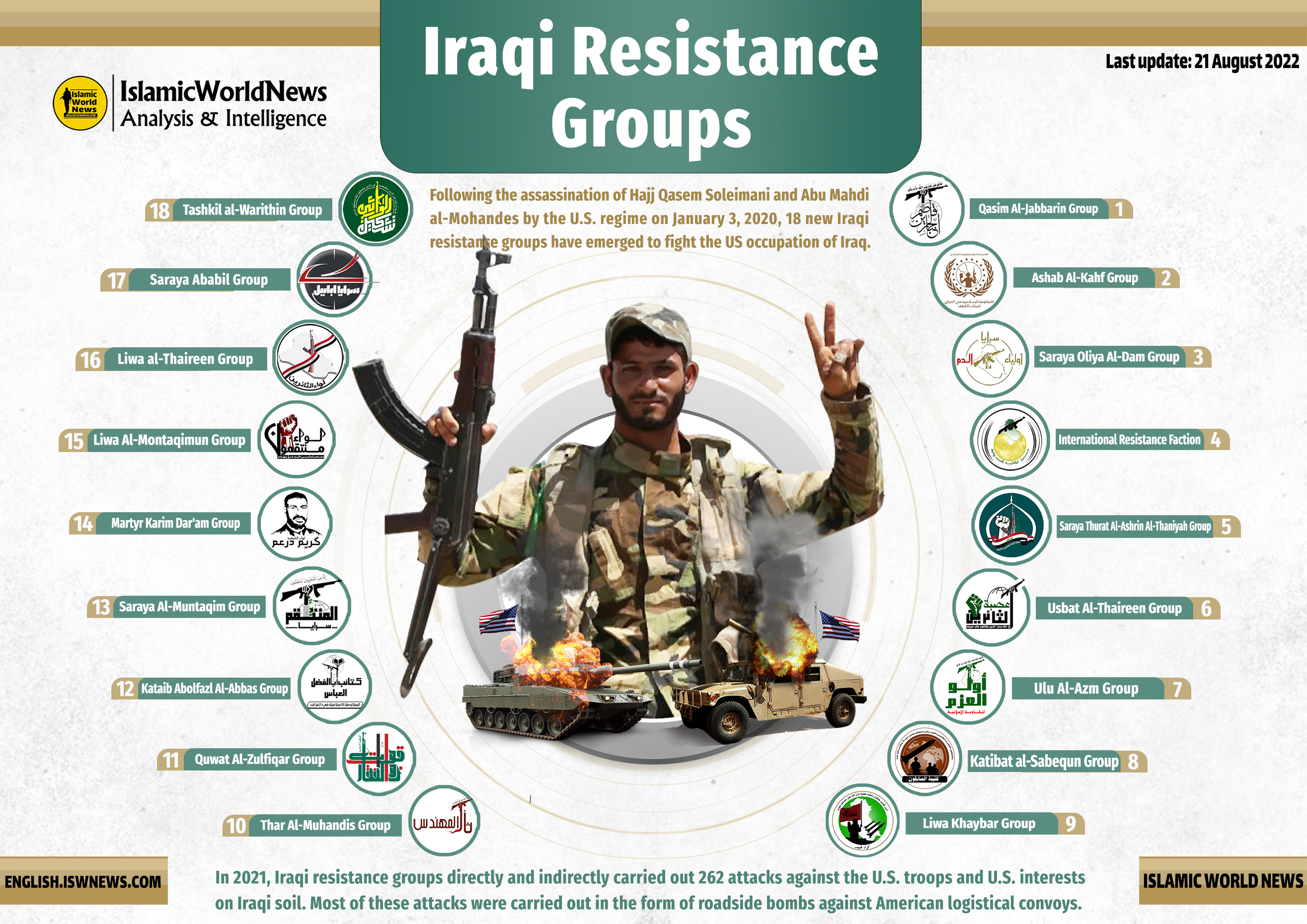 Following the assassination of Hajj Qasem Soleimani and Abu Mahdi al-Mohandes by the U.S. regime on January 3, 2020, 18 new Iraqi resistance groups have emerged to fight the US occupation of Iraq.

In the early hours of 3 January 2020, , Hajj Qasem Soleimani, commander of the IRGC Quds Force and Abu Mahdi al-Mohandes, deputy head of the Popular Mobilization Organization, and their companions were assassinated in an airstrike by the US regime near Baghdad Airport. After this attack, resistance groups and prominent figures in the region, while emphasizing and appreciating the actions of martyrs Hajj Qasem Soleimani and Abu Mahdi al-Mohandes in the fight against terrorism and increasing security in the region, threatened the United States to receive a proper response to this crime.

The Iraqi people and groups also called for the expulsion of the United States from Iraq and revenge for the blood of the martyrs of this terrorist attack, given the oppressed martyrdom of their compatriots by the United States in recent years and the repeated violations of their country’s sovereignty.

Therefore, shortly after this crime, new Iraqi resistance groups emerged in this country. These groups declared that their main goal is a more serious military confrontation against the United States and its interests in all parts of Iraq until the complete expulsion of the occupying forces from the country.

In 2021, Iraqi resistance groups directly and indirectly carried out 262 attacks against the U.S. troops and U.S. interests on Iraqi soil. Most of these attacks were carried out in the form of roadside bombs against American logistical convoys. 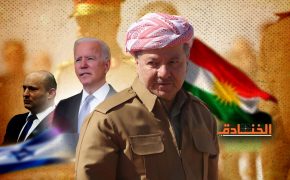