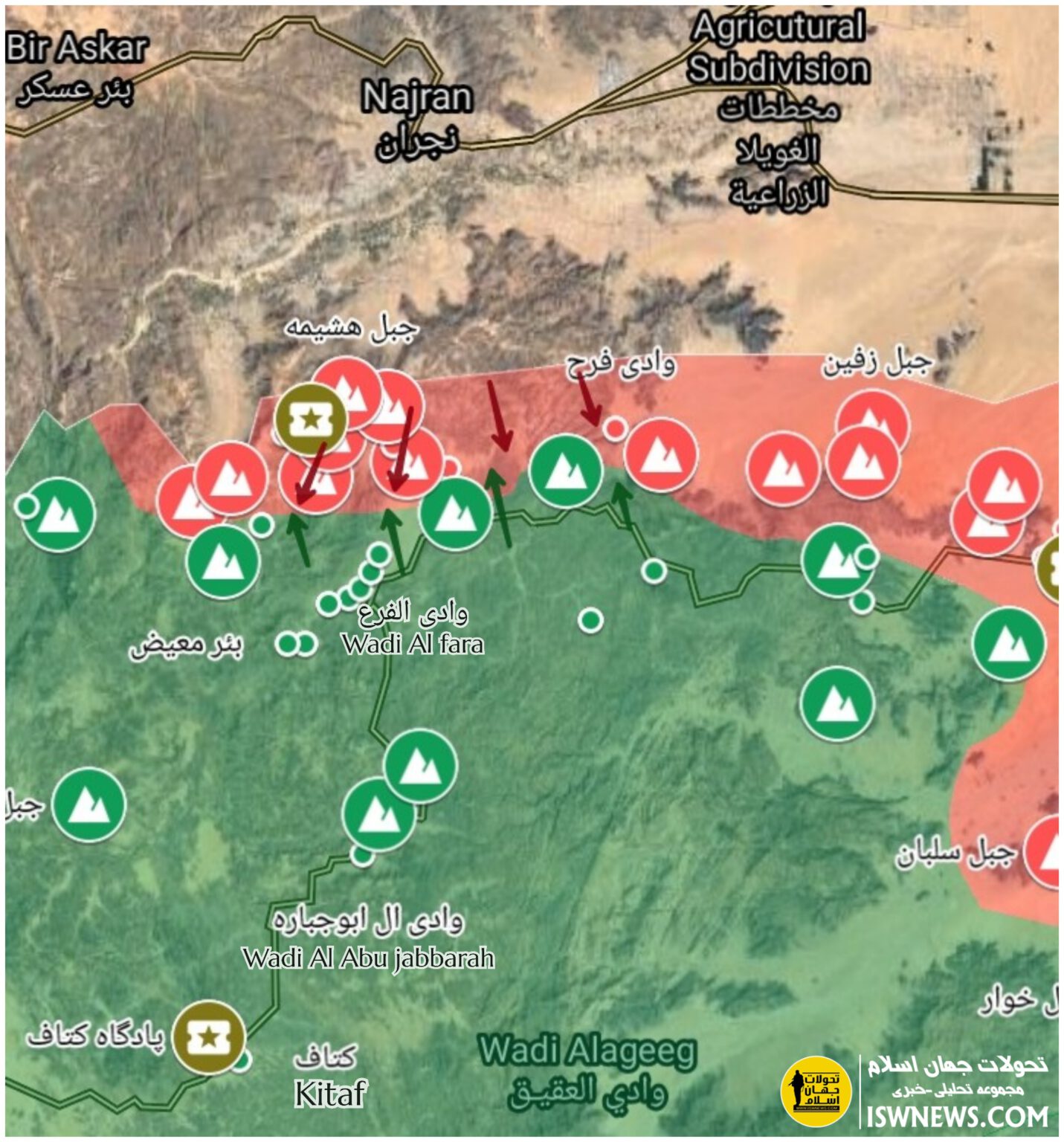 ISWNews Analysis Group: Heavy clashes between Ansar Allah and the Saudi-led forces were reported on the northern heights of the Kitaf district.

1- Saadah:
– Heavy clashes between Ansar Allah and Saudi-led forces were on the northern heights of Kitaf district.
– One civilian was killed and two others were wounded in a Saudi coalition artillery attack on the Al-Sheikh area in the Munbah district in northwestern Saadah province.

2- Marib:
– Ansar Allah missile and drone attack on the third military zone in the city of Marib, killing and wounding several members of the Saudi coalition forces.
– One of the Ansar Allah prisoners named “Omar Idris Hassan Idris”, a fighter from Al-Baydha, was martyred as a result of torture in the Saudi coalition prison in Marib.

3- Saudi coalition airstrikes:
In the past 48 hours, Saudi coalition warplanes bombed Kitaf 32 times, Al-Zahir 2 times in Saadah province, Sarwah 14 times 5 times in Marib province and the Bani Hassan area once in the north of Al-Hajja province.

4- Al-Hudaydah:
– Saudi-led forces have violated the ceasefire 154 times in the past 48 hours.
– Saudi coalition drones bombed Al-Durayhimi and Al-Jabaliya areas in Al-Hudaydah province 5 times.
– The Yemeni Rescue Government gas company announced the arrival of the EUGENIA GAS ship carrying 8474 tons of liquefied gas to Al-Hudaydah port. This is the fourth ship carrying fuel to enter Al-Hudaydah port in recent days.

5- Brigadier General Yahya al-Sari’, Spokesman of the Yemeni Armed Forces:
The claim of the enemy media about the destruction of a network of sea mines in Bab al-Mandeb and the islands of Hanish and Zughar is nothing but a lie. Their aim is to portray the Army and popular committees as a threat to international navigation and shipping. Our operations do not require secrecy and we are proud to announce them.