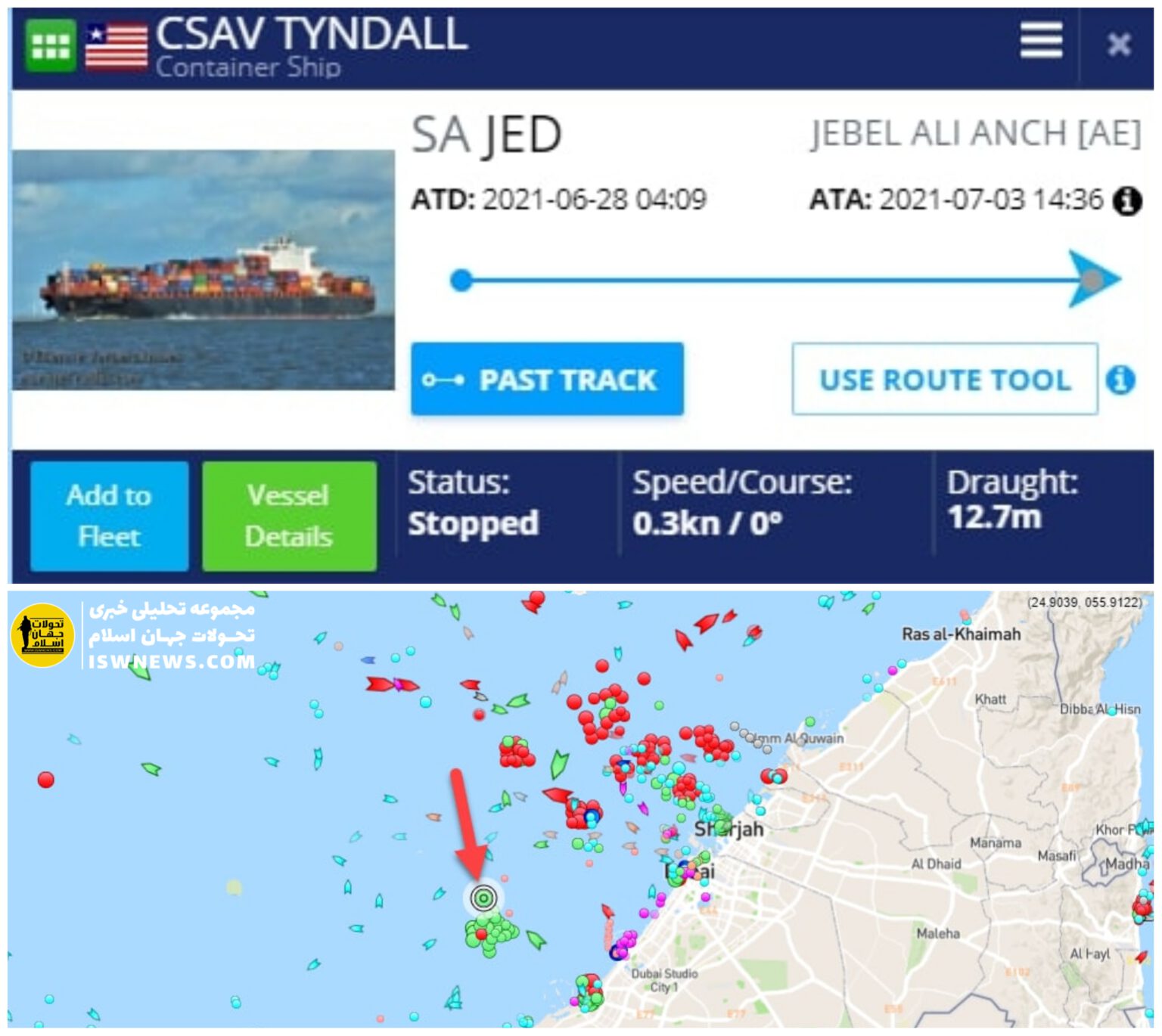 ISWNews Analysis Group: An Israeli-owned ship has been targeted by unknown assailants off the coast of the Oman Sea.

The ship is called “CSAV TYNDALL” and is currently off the coast of the UAE. The ship originated in the port of Jeddah on the west coast of Saudi Arabia and its destination was Jabal Ali between the coasts of Dubai and Abu Dhabi, the capital of the United Arab Emirates.

The container ship has been operating under the Liberian flag since 2014 and has a carrying capacity of 8600 TEU.

Zionist media reported that the ship was targeted in the Oman Sea and belonged to an Israeli businessman. Zionist media and Israeli security agencies have blamed Iran for the attack on the ship.

However, Israeli Channel 12 television reported that the Israeli targeted ship, the TYNDALL, was owned by the London-based shipping company Zodiac, but that the London-based company said it did not own or manage the ship!