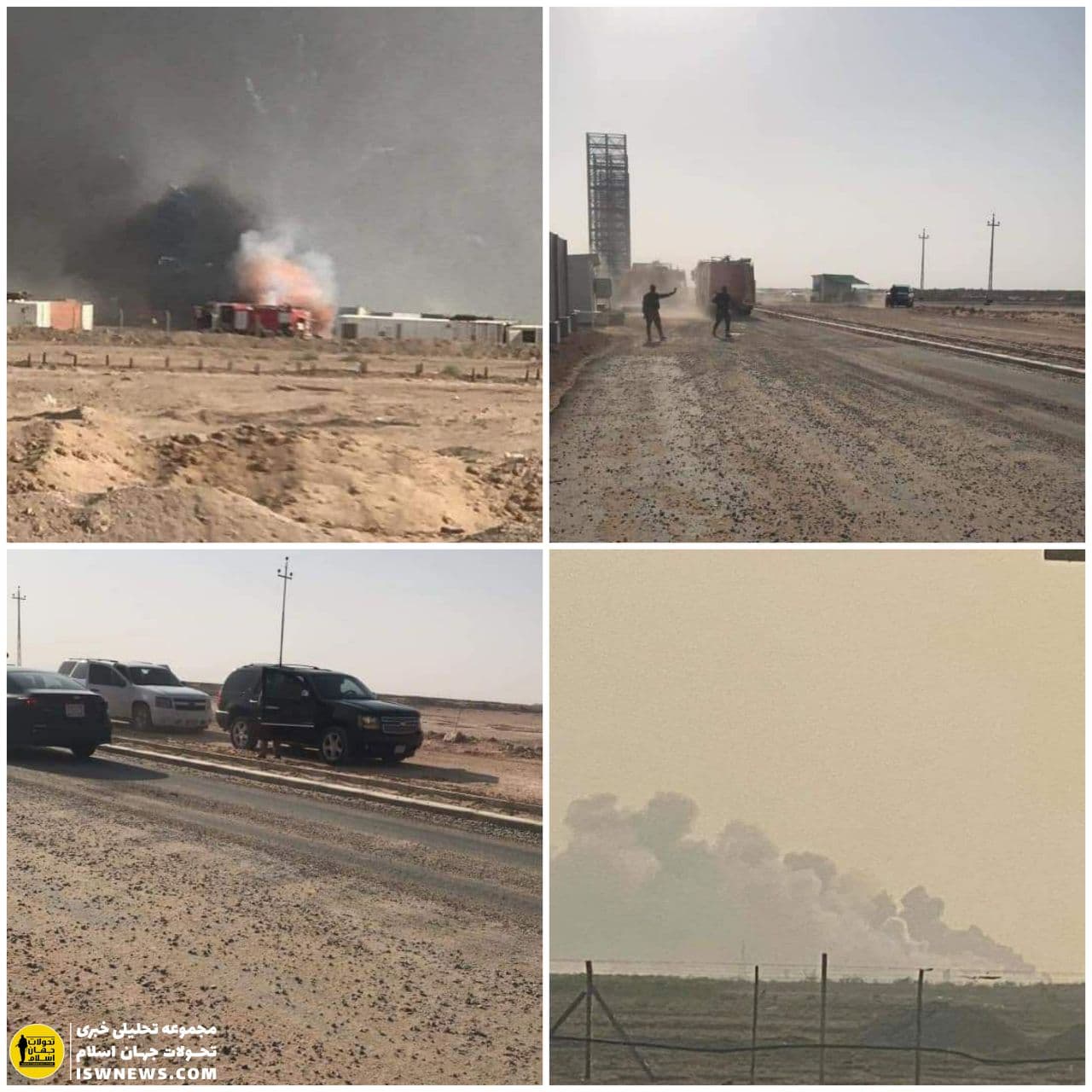 ISWNews Analysis Group: On Monday afternoon, a base belonging to the 2nd Battalion of the Imam Ali (AS) Brigade of PMU and another point near the city of Najaf were targeted by unidentified drones and rockets.

The commander of the 2nd Battalion of the Imam Ali (AS) Brigade announced regarding this attack: “At 15:30 (local time), an unidentified drone attacked one of the battalion’s bases in the west of Najaf (near Dar al-Salam cemetery). Two hours later, at 17:30, the base was attacked again. The attacks took place while air reconnaissance operations were observed over the city in the early morning hours.”

The third attack took place in the Najaf desert, the dimensions or objectives of which are still unknown. The attack is said to have been carried out using an unknown number of rockets, and one of the rockets did not explode and was defused by security forces.

Reacting to the incident, the spokesman of the al-Nujba movement said: “The enemy knows that the aggression against Najaf Ashraf and the violation of the sanctity of this city will sooner or later expose the perpetrators of this aggression. We will not simply ignore this.”

The clear and precise statements of the official units of Hashad al-Shaabi take place while the Iraqi Army Joint Staff and the American coalition deny the existence of any attack on these facilities!

“CJTFOIR has not conducted air strikes in Syria or Iraq today or yesterday,” said Wayne Marotto, a spokesman for the US-led coalition in the region. The Iraqi Joint Chiefs of Staff said in a statement that the blasts in the ammunition depot near the city of Najaf were because of the heat of more than 50 degrees Celsius and ruled out the possibility of any drone strike.

However, given the explicit statements and stances of Iraqi resistance groups regarding the attacks and the available evidence, as well as the history of intelligence and operational cooperation between the Iraqi and US armies, the hypothesis of an ammunition depot explosion due to extreme heat is not true And these attacks are undoubtedly carried out by the conspiracy of the United States and Israel.