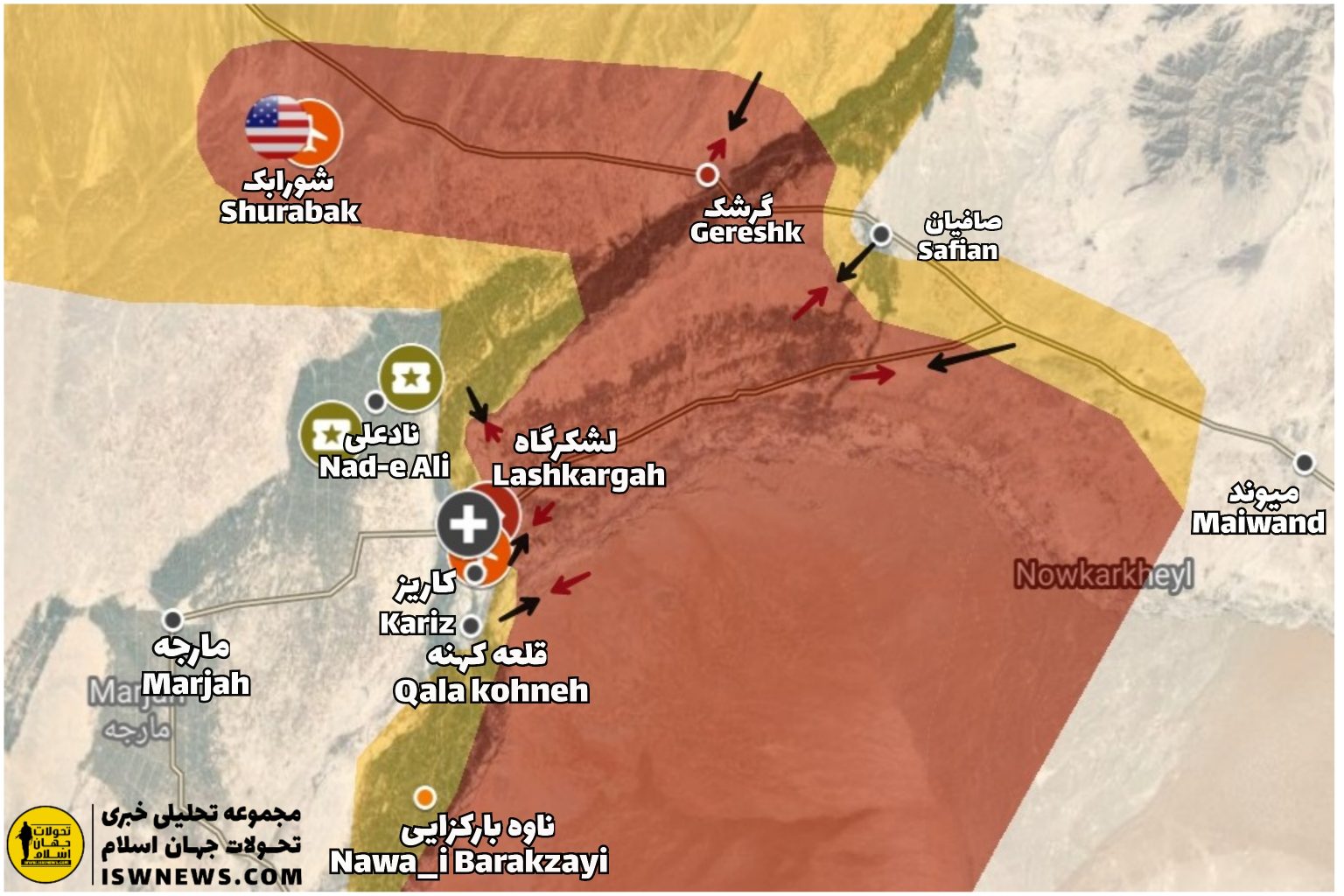 ISWNews Analysis Group: As a result of heavy attacks by Taliban on Afghan army positions in Helmand province, some areas in Lashkar Gah have fallen to the Taliban.

During clashes between the Taliban and the Afghan army over the past two days, the Safian, Qala-e-Kohneh and Kariz areas on the outskirts of Lashkar Gah have fallen to Taliban militants. Clashes are also taking place in the suburbs of the Helmand governorate building and in the southern and western suburbs of the city.

Following the Taliban attacks, the Afghan Ministry of Defense announced the deployment of special forces to Lashkar Gah. Afghan and US military fighter jets have also repeatedly bombed Taliban-held areas, which in some cases led to destroying residential areas and killing civilians.

The security situation in the capital of Helmand province is unstable, and some government forces commanders, such as Abdul Baqi Barez, the commander of security forces in the first district of Lashkar Gah, have surrendered to the Taliban. If this trend continues, the fall of Lashkar Gah is imminent.