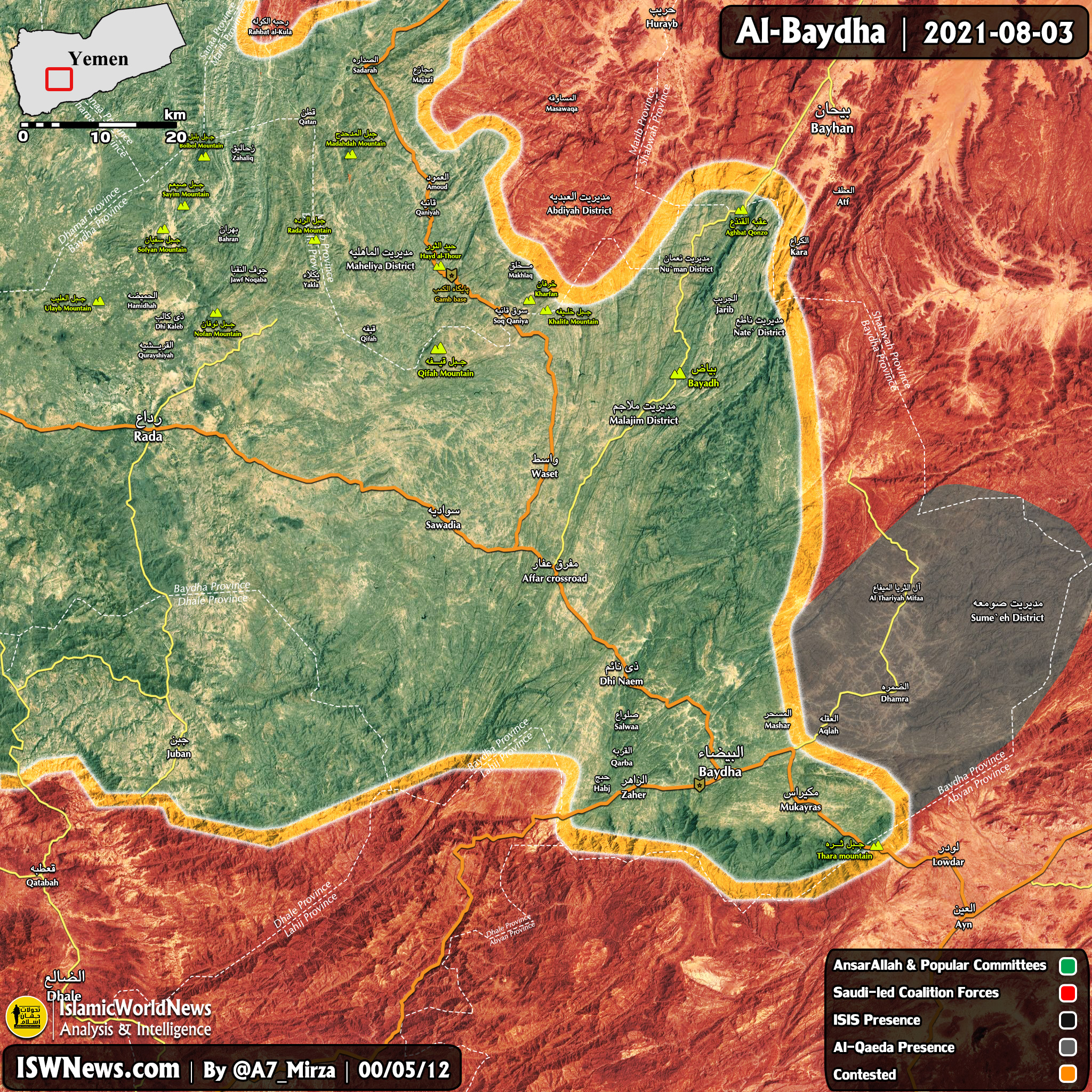 ISWNews Analysis Group: Ansar Allah and the Yemeni Popular Committees, in their latest military operation in the northern province of Baydha, managed to liberate an area of nearly 380 square kilometers in the districts of Nate’ and Nu’man.

The liberation of important heights of Aqabat al-Qonzo’ in the north of al-Baydha province is the turning point of this operation. Aqabat al-Qonzo’ has complete overlook over the southern regions of Bayhan and can be considered as the gateway to the city of Bayhan.

On the other hand, in the south of al-Baydha province, an area of about 120 square kilometers in the districts of al-Sawma’ah and al-Zaher were liberated from the occupation of al-Qaeda terrorists.

The operation launched by the Saudi coalition with the aim of completely occupying al-Baydha province led to the loss of more land for the Saudi coalition. Ansar Allah message is simple: If necessary, we have the ability to conduct military operations and advance, but we will wait. Do not test our patience!