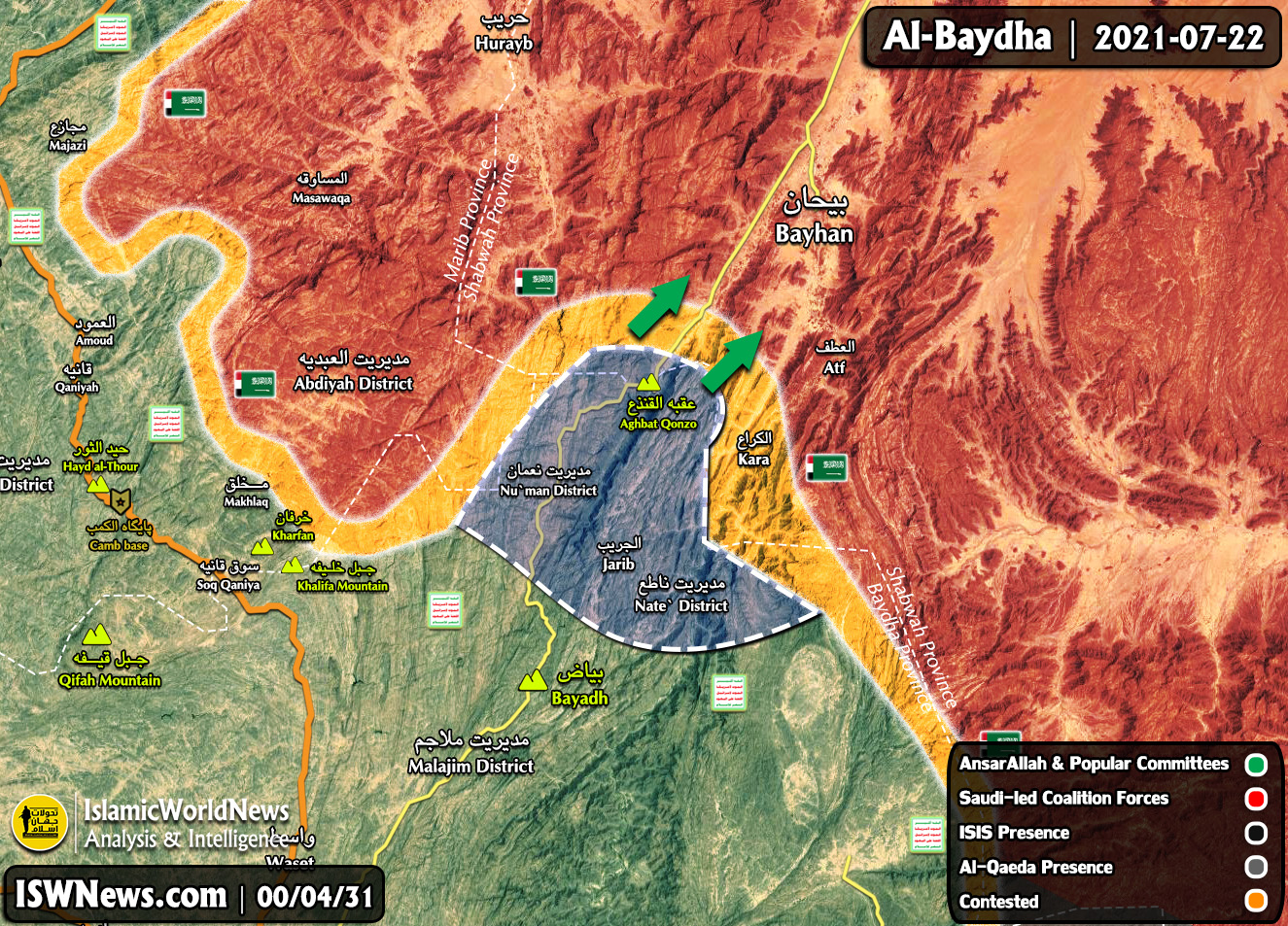 ISWNews Analysis Group: During the recent Ansar Allah operation in the north of Baydha province, the Nate’ and Nu’man district centers were liberated from the control of the Saudi coalition.

The operation began on July 20 against the positions of the Saudi coalition in the region, and Ansar Allah, after taking control of Aqabat al-Nu’man, today succeeded in liberating the important heights of Aqabah al-Qonzo’. These heights play an important and key role in controlling the region as well as overlooking over the town of Bayhan in Shabwah province.

According to ISWNews field source, Ansar Allah captured more than 100 members of Mansour Hadi’s 19th Brigade during the operation.

Ansar Allah, as it continues to make progress on this axis, can enter Shabwah province and take the district of Bayhan out of the control of the Saudi coalition. Bayhan is located on the supply route of Shabwah to Marib province, and its control will deal a heavy blow to the Saudi coalition.