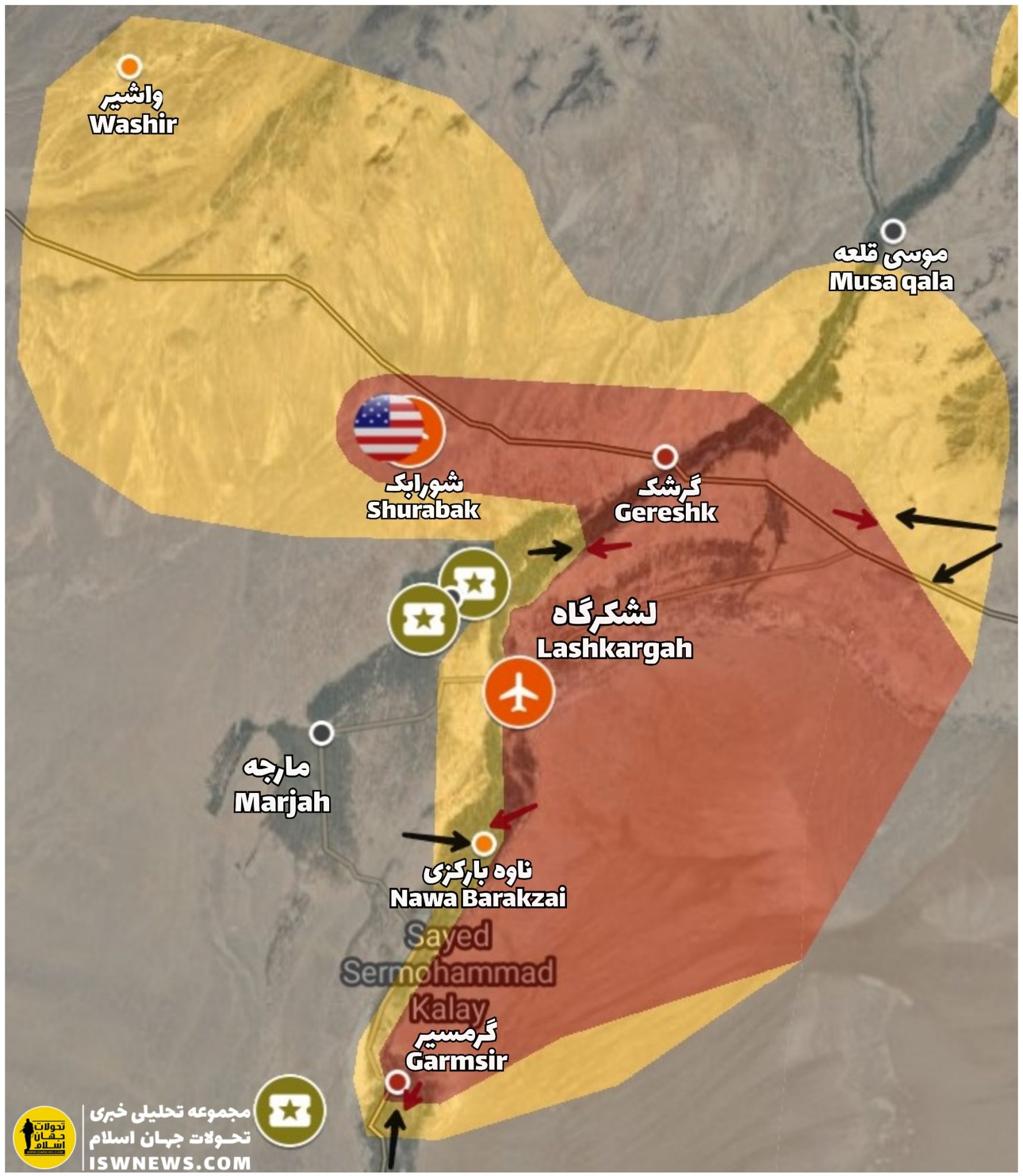 ISWNews Analysis Group: Following the clashes between the Afghan army and the Taliban, the district of Marjah was completely captured by the Taliban.

Based on ISWNews information, most areas of the city had been occupied by the Taliban in recent months, with only the city center and a few checkpoints controlled by security forces, which were evacuated during recent Taliban attacks and government forces retreated to Lashkar Gah.

As the Taliban take over Marjah, the siege of government forces in the cities of Lashkar Gah, Gereshk, Garmsir, and the important Camp Shurabak will be tightened.