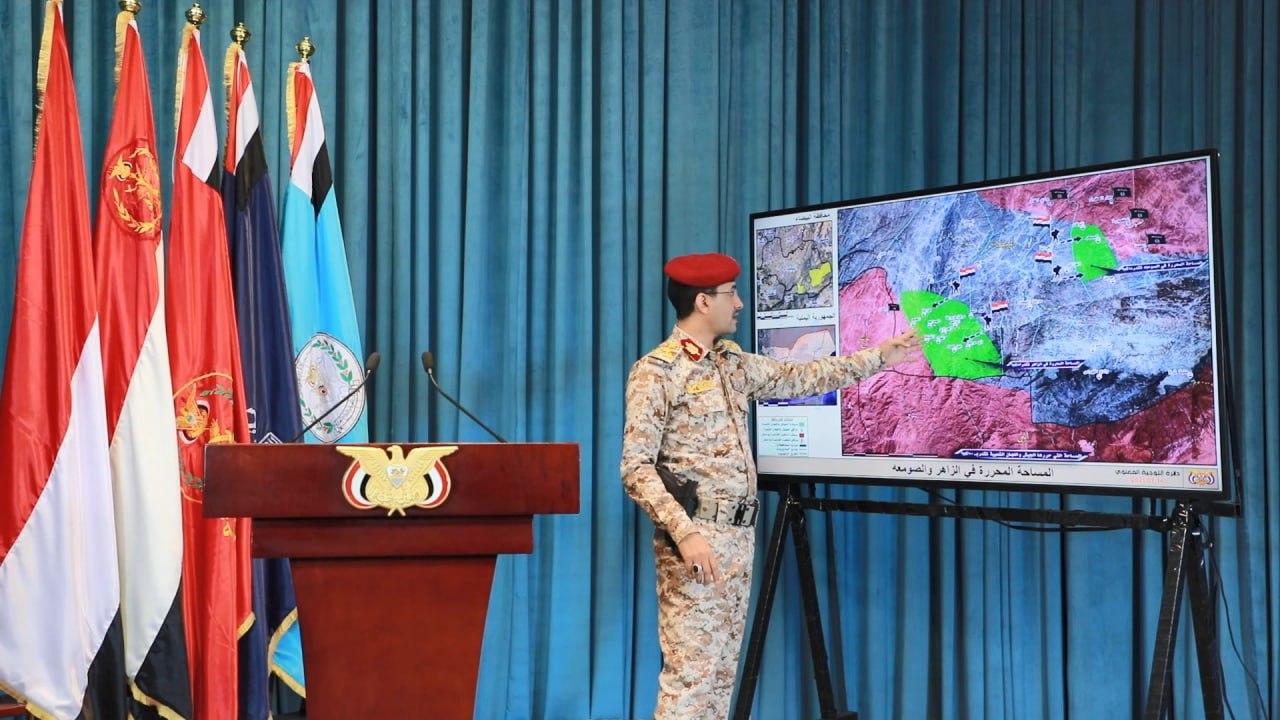 “The enemy is trying to activate takfiri groups ISIS and Al Qaeda after our armed forces achieved victories.
It is in the sense of US plan for Yemen and implemented by its mercenaries and takfiris.
The goal of takfiri groups was to reach certain parts of Al Baydha province.

Coalition of enemies supported takfiris by providing weapons and logistics and transporting tens of foreign takfiris to the fronts.

Takfiri terrorists committed many crimes against inhabitants of Al Baydha including executing them and it urged our armed forces and security department to act.
Different units involved in the operation supported by people and tribes of Al Baydha.

AnsarAllah’s missile and drone force launched 66 attacks during the operation.
In nine attacks, Badr and Saeir missiles were used.
100 km2 of area were liberated in Sawmaah and Zaher districts.

Enemy’s casualty includes 350 deaths and 560 wounded including takfiris and mercenaries (Mansour Hadi’s forces).
29 IFVs and vehicles were destroyed.
The military, media and financial support provided by coalition of enemies for the takfiri groups proves once more time that these groups are merely puppets in their hands.

Our security and intelligence units have good information on takfiris activities in occupied lands including Marib town.

We thank people and free tribes of Al Baydha province for their collaboration and standing for the nation and their religion, morality and integrity. Free sons of Al Baydha won’t let their land to be paved by ISIS and Al Qaeda terrorist to implement the foreigners’ commands.
In the last seven years the assaulting forces used all sorts of military, security and economical tools but did not see anything but resistance of these people.

With God’s help and with these believing, firm and devoted people the fate of enemy is defeat.”

AnsarAllah launched operation ‘Nasr Al-Mobin’ to retaliate Najm Al-Thaqib operation by Saudi coalition in Al Baydha province which resulted in liberation of Sawmaah and Zaher districts. The operation is still continuing and AnsarAllah is after purging Al Qaeda terrorist group and Mansour Hadi’s forces from these areas.