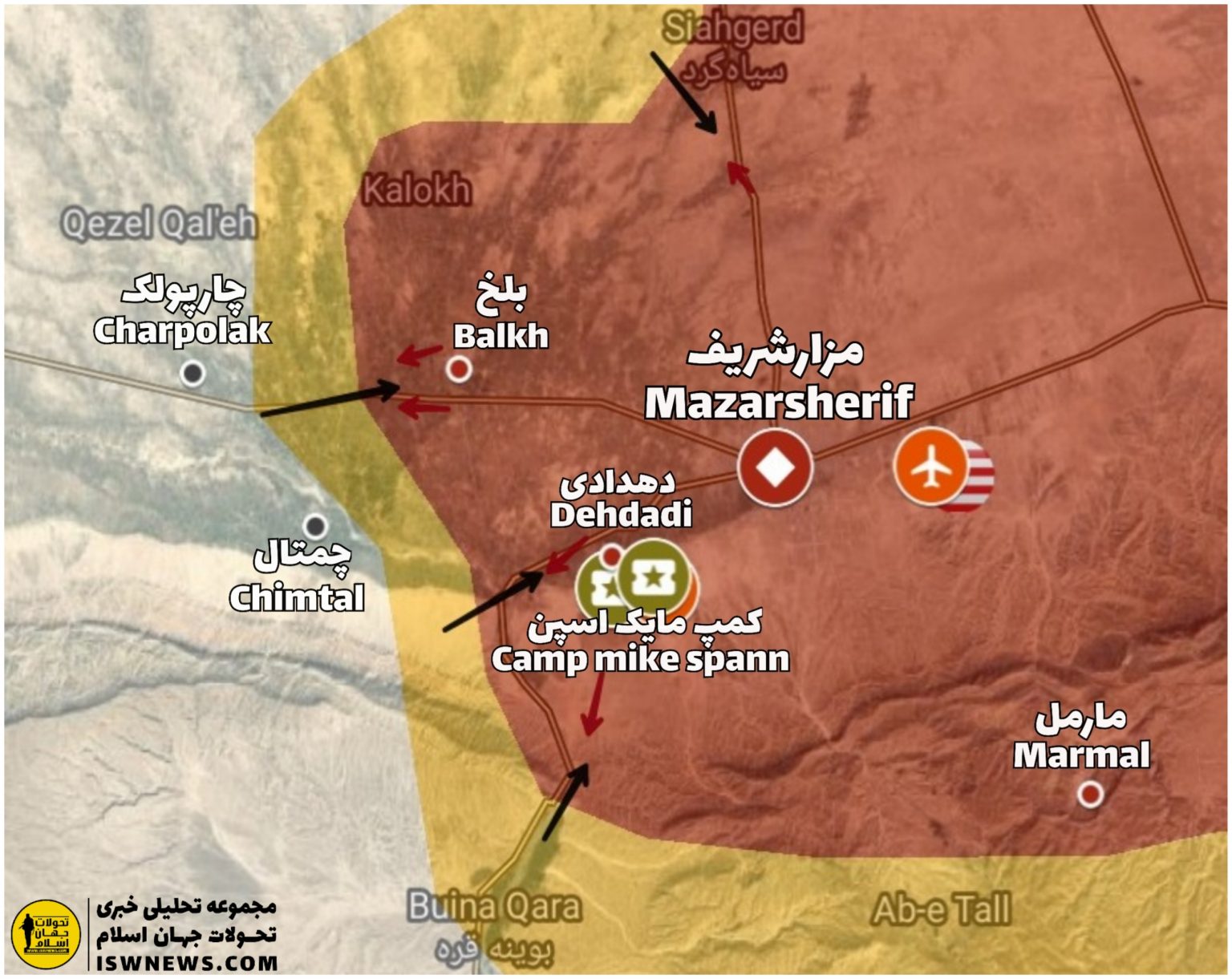 ISWNews Analysis Group: Heavy clashes between the Taliban and government forces are taking place in the western, northern and southern axes of Mazar-e-Sharif.

Heavy Taliban attacks to seize Mazar-e-Sharif have intensified since yesterday. The main direction of these attacks were from Chamtal and Dehdadi axes, and the northern road of Mazar-e-Sharif and the southern road near the Camp Mike Span have also witnessed scattered clashes.
Ali Sarwar Turkmani, a senior commander of the National Islamic Movement of Afghanistan (a general of Dostum), was martyred during yesterday’s clashes. He is said to have been killed in a Taliban ambush, but some local sources attribute his death to a mistaken air strike by Army warplanes.

In the meanwhile, General Dostum and Atta Mohammad Noor are behind the front lines in this area, and air support to government forces in Mazar-e-Sharif has been limited.
Also, according to an ISWNEWS field source, the general situation in the city is not good and the markets have been closed. The people who have bad memories of the Taliban entering the city in the past are also frightened and often try to flee from Mazar-e-Sharif.

If the Taliban attacks on the western axis intensify and the government forces and militants under General Dostum and Atta Noor do not move seriously to retake Chamtal and Charpolak, the chances of government forces withdrawing from Balkh are high. Mike Span base will be the next step of the Taliban after Balkh, and after that, capturing Mazar-e-Sharif will not be a difficult task for the Taliban.