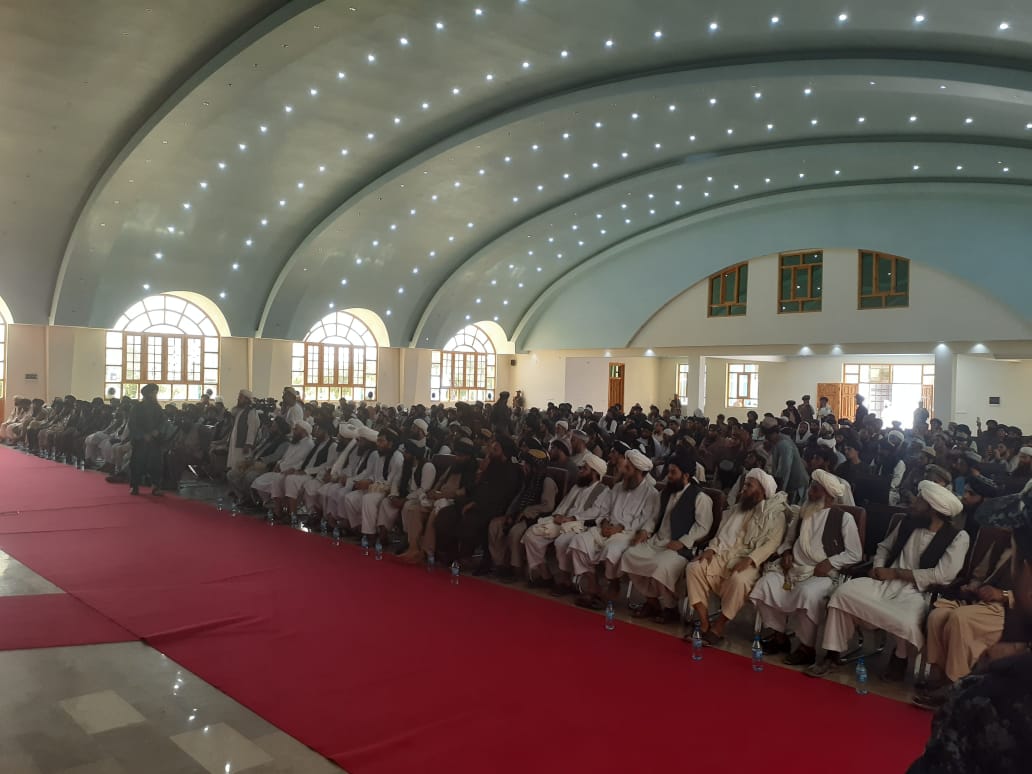 ISWNews Analysis Group: The three-day meeting of the Taliban Leadership Council in Kandahar ended with the presence of Taliban leader Mullah Haibatullah Akhunzada.

During the three-day meeting, which took place in Kandahar from Saturday to Monday this week, Taliban leader Mullah Haibatullah Akhunzada met with the group’s leadership council to decide on political, security and social issues.

The Taliban leadership council is said to have elected Mullah Abdul Ghani Baradar as foreign minister, Mullah Mohammad Yaqub as defense minister and Sirajuddin Haqqani as interior minister of the next Afghan government.
At the end of the meeting, Mullah Haibatullah issued a comprehensive instruction to the council members and called on all Taliban members to adhere to this framework.

Mullah Haibatullah Akhunzada, the current Taliban leader, is from the town of Panjwai in Kandahar province and is said to be about 60 years old. He was elected the second leader of the Taliban after the assassination of “Mullah Akhtar Mohammad Mansour” on May 21, 2016. In recent years, there have been reports of him being killed in an explosion in Quetta, Pakistan, or as a result of coronavirus disease, which has been denied by the Taliban.

The Taliban leader is said to be appearing in public in the coming days.