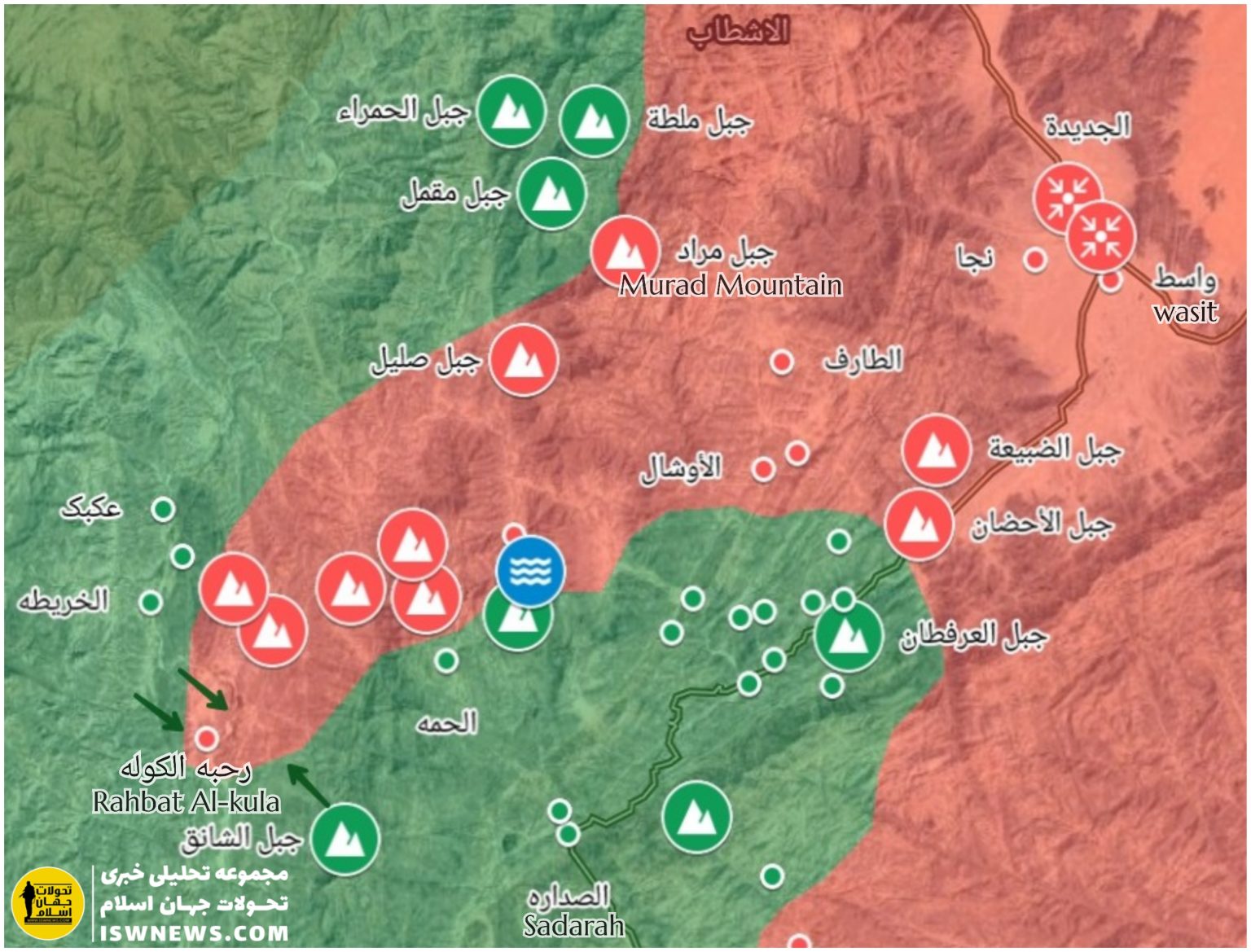 ISWNews Analysis Group: Clashes between Ansar Allah and Saudi-led forces continued on the western and southern fronts of Marib province.

In recent days, Ansar Allah has resumed its attacks on Saudi coalition positions on the western fronts of the city of Marib, and so far there has been no change in the lines. The news of the Saudi coalition’s domination of the Malbudah region and Ansar Allah’s domination of the Hamat al-Zeab region is not true, and these areas are completely out of the control of both sides and clashes continue.

On the southern front of Marib, Ansar Allah forces have been able to advance north and west of Rahbah al-Kulah, the center of Rahbah district, today, and given the siege of the area, the possibility of Saudi coalition forces withdrawing from the town is high. It is also said that the elders of the town are talking to the Ansar Allah commanders for reconciliation.