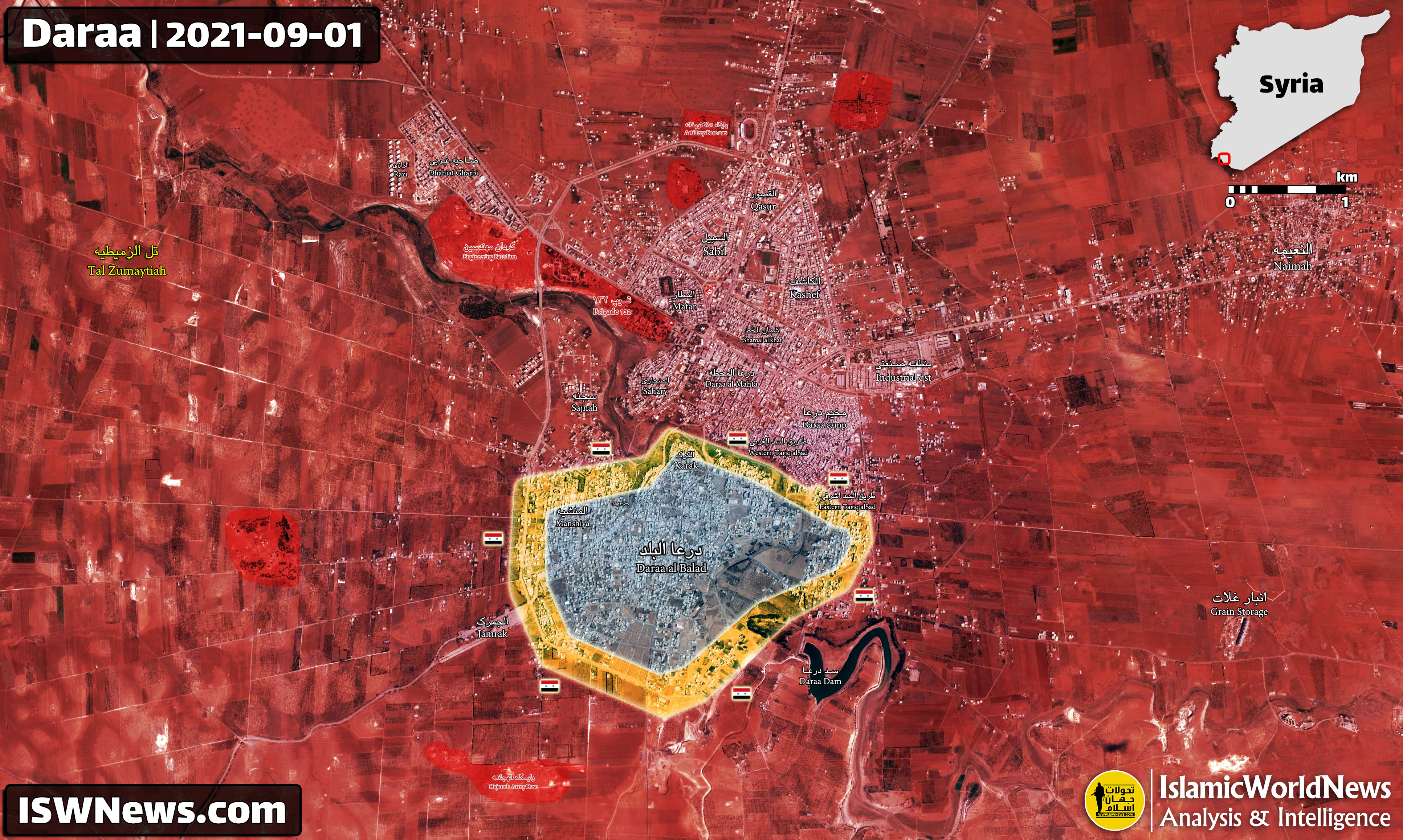 ISWNews Analysis Group: Despite an agreement between the Syrian army and militants in Daraa al-Balad to establish a ceasefire and end tensions, sporadic clashes between Syrian forces and militants have begun since last night.

Although the Daraa Central Committee (affiliated to the militants) agreed with Russian representatives on Wednesday on the implementation of the ceasefire in Daraa al-Balad, a number of militants refused to accept the terms of the ceasefire, which eventually led to the ceasefire violation and resuming clashes in the city of Daraa.