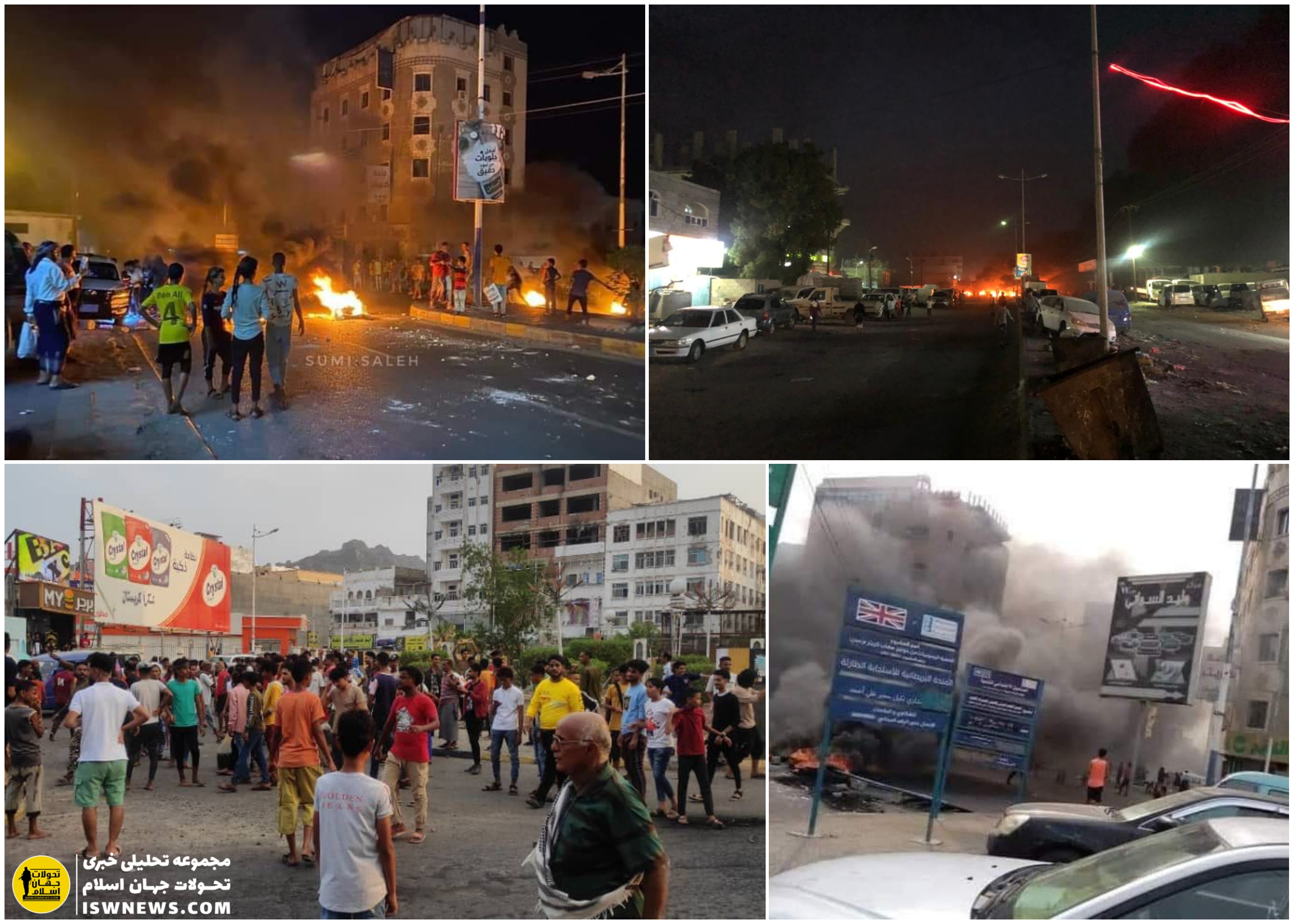 ISWNews Analysis Group: People in different parts of the city of Aden demonstrated and gathered against the ousted government of Mansour Hadi due to increasing living problems.

1- Marib:
Heavy clashes between Ansar Allah and Saudi-led forces continued on the eastern front of Sarwah.

2- Saada:
– Brigadier General Suleiman al-Hawiti, one of the field commanders of Mansour Hadi’s forces, was killed along five other members of the Saudi-led forces at the Al-Khadhra crossing. The attack was most likely carried out by Ansar Allah quadcopters.
– Destruction of the fifth Wing Loong drone (probably type 2) belonging to the Saudi coalition by Ansar Allah air defense in Kataf district.
– One person was martyred and three others including an African immigrant were wounded by the Saudi coalition artillery attacks on the Al-Raqu border area.

5- Taiz:
As a result of the retreat of Mansour Hadi’s forces and al-Qaeda militants from the al-Kadhah area, this area and its suburban heights came under the control of Ansar Allah.

6- Aden:
A series of protests erupted on the outskirts of the Presidential Palace, Crater, Sheikh Othman and other areas of Aden against the the city’s officials. (image)