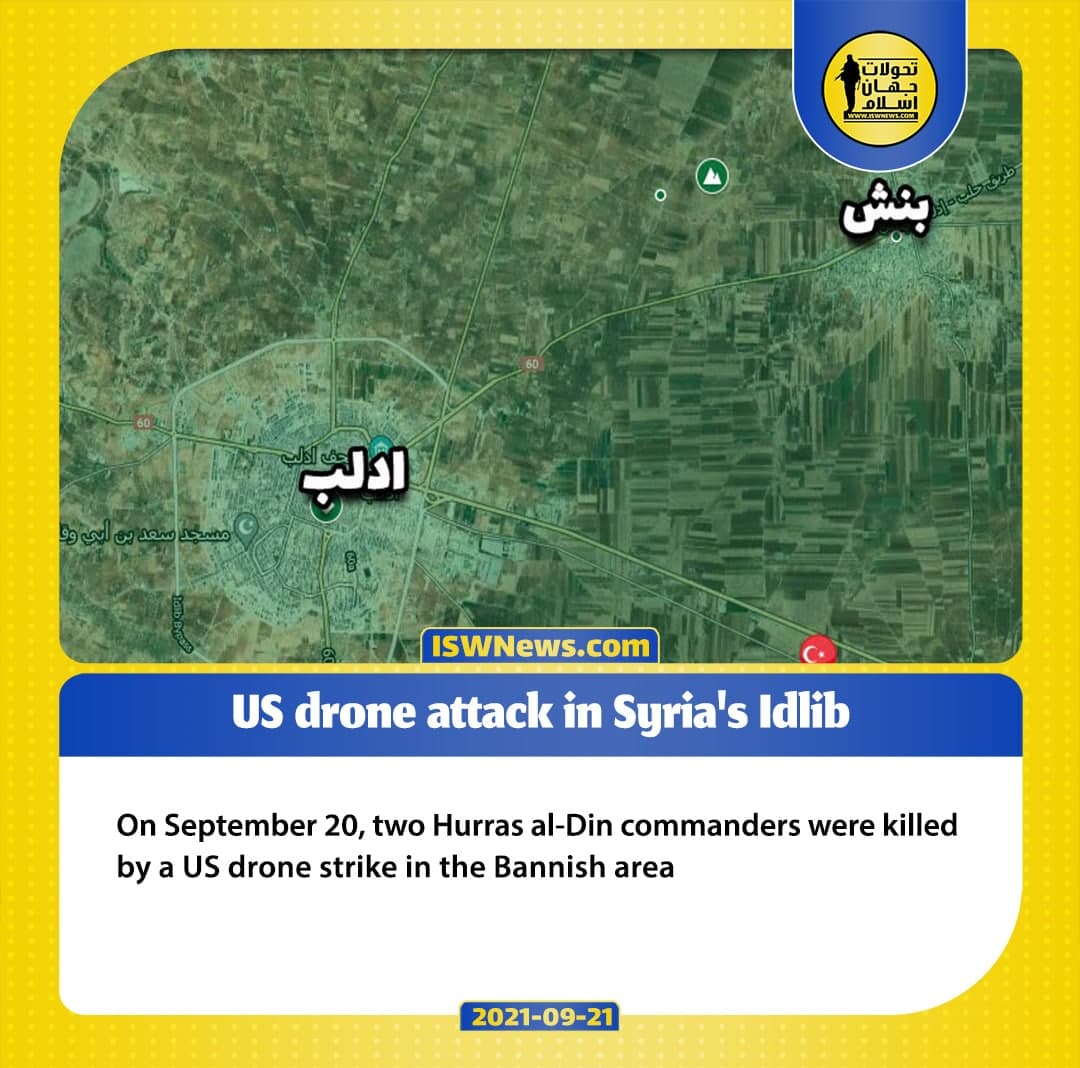 ISWNews Analysis Group: On September 20, two Hurras al-Din commanders were killed by a US drone strike in the Bannish area.

On the evening of September 20th, an American MQ-9B SkyGuardian drone targeted a vehicle belonging to the al-Qaeda-linked Hurras al-Din group in Syria on the Idlib-Bensh road, killing two of the group’s field commanders named “Abu al-Bara al-Tunisi” and “Abu Hamza al-Yamani”.

It is worth mentioning that American drones were patrolling the skies of Idlib and its suburbs two hours before the attack on the car of Hurras al-Din militants.