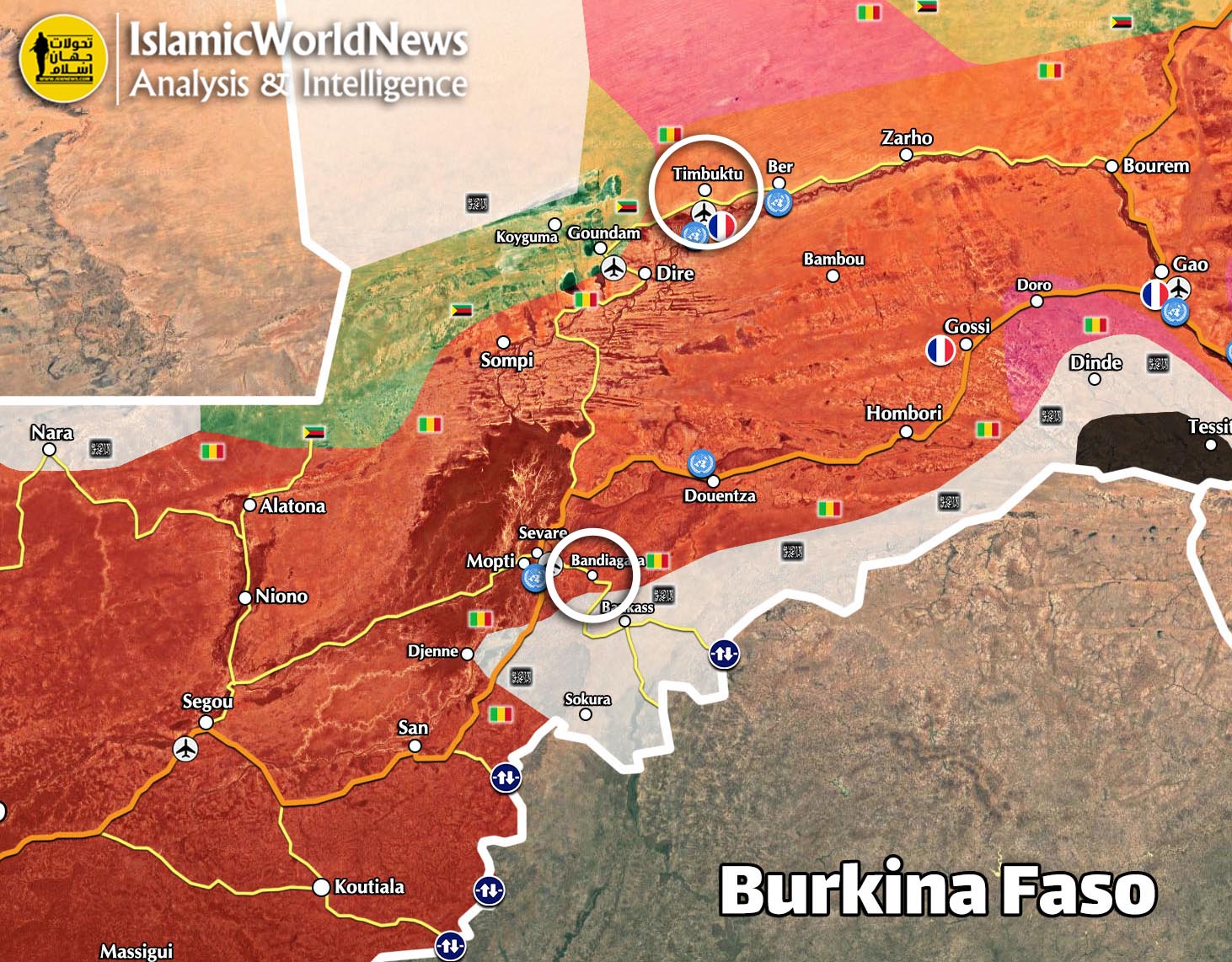 ISWNews Analysis Group: During the last month conflicts between Mali Army and terrorists more than 39 killed and 16 wounded.

– On November 2, the UK troops deployed to Mali as part of the UN Peacekeeping mission have detained three suspected ISIS terrorists and seized their weapons.

– According to local sources, discussions between the Mali military and Russian Private Military Contractors is ongoing despite the continuous effort by France to block the move.

– On October 30, in two separate attacks in west and center of Mali, seven soldiers killed and three wounded, according to Mali’s Armed Forces media.

– On October 30, two Malian Army personnel were killed in a militant ambush near the town of Mourdiah

– On October 30, a Malian Army vehicle was attacked by a mine in Segou town. Five soldiers were killed. Mali’s armed forces reported that all five passengers killed and investigating for the two individuals who were responsible for the attack.

Previously Mali’s Army endured two deadly attacked in October:
1- Army’s checkpoint in Acharan area, Timbuktu , north of Mali was attacked by terrorists which killed one soldier and four terrorists. It happened on October 17.
2- Terrorists attacked a caravan of the army in Kuru-Bandiagara road in the center of Mali, in which 16 soldiers killed and 9 wounded. In this conflict 15 terrorists killed and 20 motorbikes were destroyed or confiscated by the army.

Given the nature of the attacks and the location of the various groups in Mali, all four recent attacks in Mali appear to have been carried out by militants of the Jama’at Nasr al-Islam wal Muslimin (JNIM).

Mali has severe security, political and economical crises since 2012. Uprisings for independence, Jihadi groups attacks and violence in presence of UN, French and European forces caused thousands killed and hundreds of thousands misplaced in Sahel region.