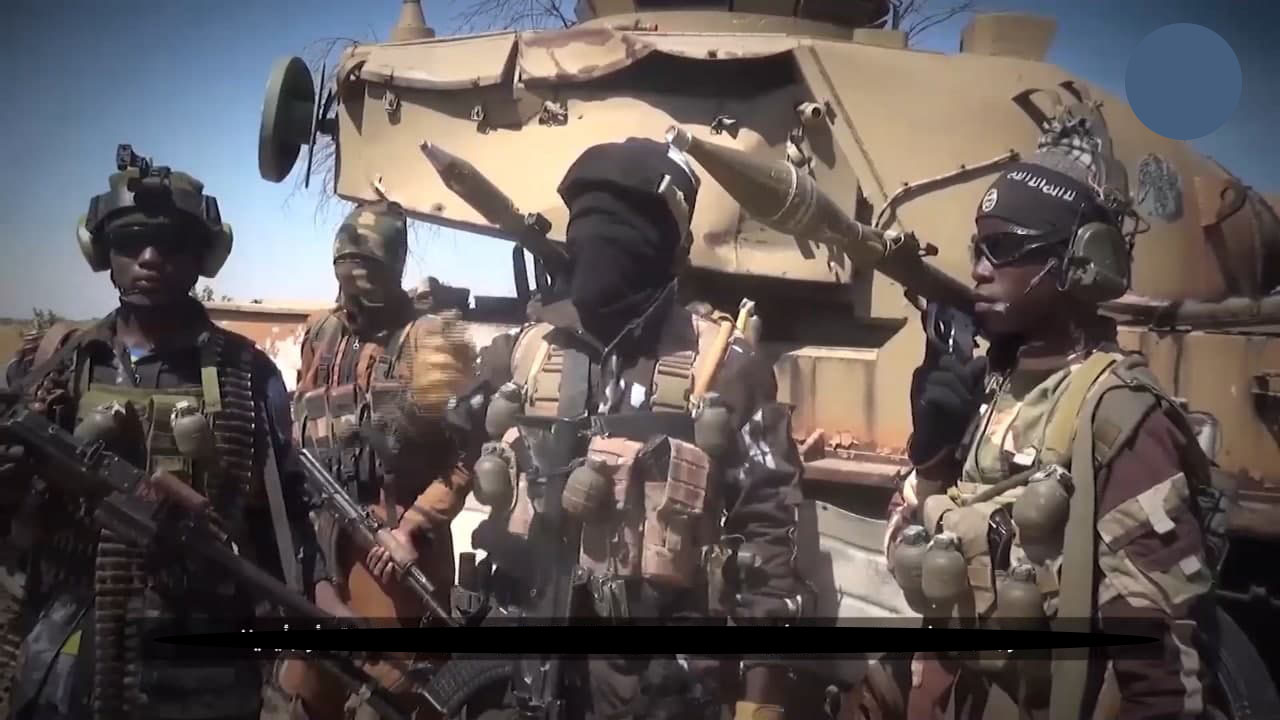 ISWNews Analysis Group: ISIS has released a new video of the terrorist group’s activities in Nigeria and the Lake Chad region, titled “‘Makers of Epic Battles 5”.

The released video is about the operations of IS branch in the West Africa region (ISWAP) and shows the operations that were mainly carried out in the first half of 2021 in different parts of Nigeria.

Although ISIS has released most parts of the video in the past in the form of image reports.

According to published video, most of the ISIS attacks took place in the northeastern Nigerian states of Borno and Yube; However, parts of this video also include images of the southeastern and southwestern regions of Borno State. The analysis of this video shows that the available weapons have been looted or stolen from the military of Chad, Cameroon and Nigeria. It also appears that the Islamic States West Africa Province (ISWAP) militants are using an APC, like a Mowag Piranha variant in Nigeria.

This video could have been released for two reasons:
1) To show off the power of ISIS in West Africa and announce its presence in these areas.
2) To counter the media war of the Nigerian government and to deny the news of the weakening of the ISIS branch in West Africa.

IS in Africa (ISWAP) is one of the most serious security threats in the center of the continent, especially in Nigeria, and now with the weakening of Boko Haram and the intensification of the activities of the official branch of ISIS in this country, the danger to the countries around Nigeria is felt more than ever. The published images and actions of ISWAP should not be underestimated, and if the necessary decisions are not taken, the situation in West Africa will get out of control more than ever. Currently, the security situation in West Africa with the presence of various terrorist groups is so dire that there is no need for a deeper and more dangerous challenge!