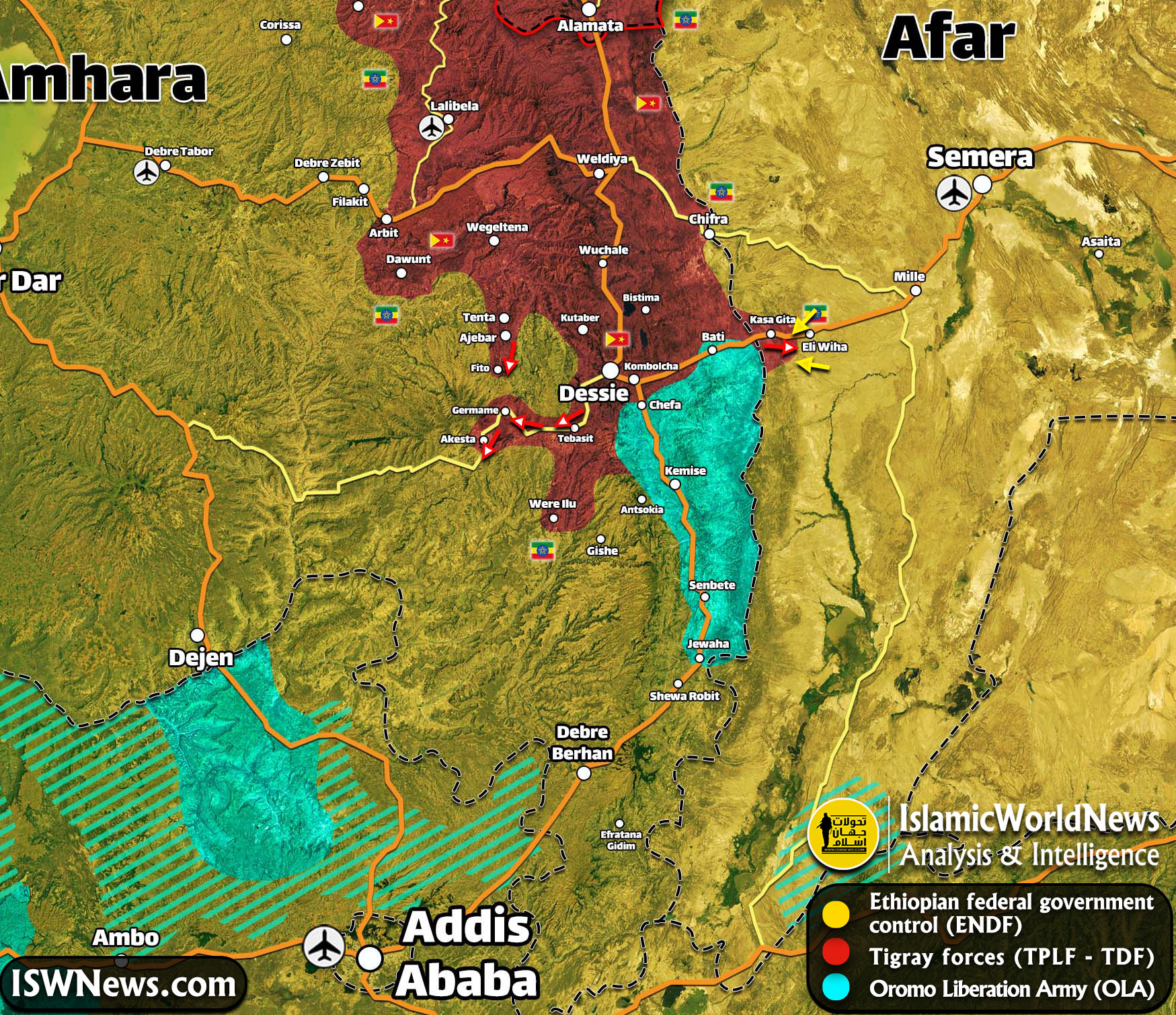 ISWNews Analysis Group: The United States Department of the Treasury has sanctioned four entities and two Eritreans in connection with the Ethiopian crisis.

The Eritrean Defense Force, the People’s Front for Democracy and Justice, Hidri Trust, Red Sea Trading Corporation, Hagos Ghebrehiwet W Kidan and Abraha Kassa Nemariam are four Eritrean entities and two individuals that has sanctioned by the US Treasury Department for involvement in Ethiopian conflict and human rights abuses.
Eritrea is an ally of the Ethiopian federal government and has long been hostile to Tigray separatists. The Ethiopian military has been directly involved in last year’s fighting in the Tigray region, assisting Ethiopian federal government forces in capturing parts of Tigray state. Parts of the northern Tigray region is currently occupied by Eritrean forces.

The Eritrean entities and individuals are being sanctioned while the Ethiopian federal government and its supporters accuse the United States and Western countries of supporting Tigray militants and interfering in Ethiopian affairs. Supporters of the federal government believe that the United States and its media are trying to overthrow the independent government of Ethiopia by spreading false news and distorting the facts.

Recently, several opposition groups announced the formation of a new alliance to overthrow the Abiy Ahmed’s government and provide a new transition period in the country. The press conference of the representatives of these groups in Washington is one of the main signs of US support for anti-government armed groups in Ethiopia.

On the ground, in recent days, the Tigray forces (TDF) and the Oromo Liberation Army (OLA) have occupied the areas of Akesta, Koke Agar, Germame, Lege Ambo, and Fito in Amhara State. Clashes continue in the eastern part of Amhara state in the mentioned areas.

Clashes between TDF and the federal government forces continued on the Kasa Gita-Mile front in Afar state. Federal government forces, with the help of Afar State forces, are fiercely resisting on this front and have so far prevented further advance by Tigray forces. The pro-Tigray sources released a video announcing the downing of a Federal Air Force Mi-35 helicopter using MANPAD on this front. According to available infromation, five federal government aircraft, including two MiG-23s, two Mil-35 helicopters and a Hercules L-100-30 have been shot down in northern Ethiopia over the past year.