The story behind the changing of the commander of Iranian military advisers in Syria: What was the reason for General Ghaffari’s mission postponement 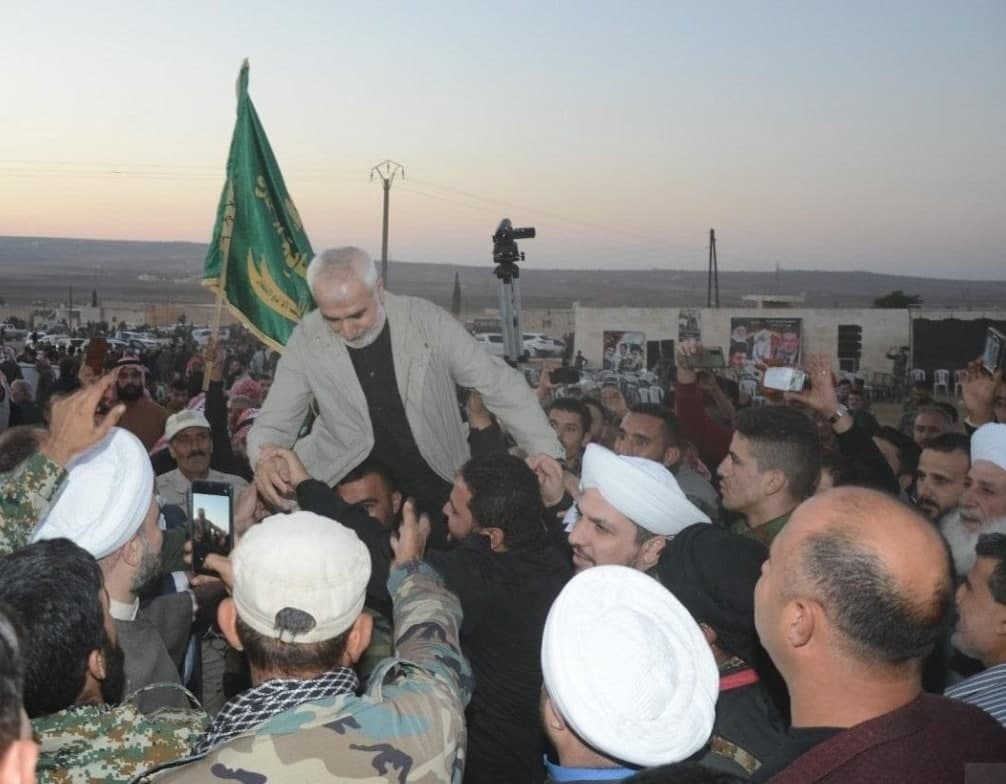 ISWNews Analysis Group: General Sayyed Jawad Ghaffari was the third commander for Iranian military adviser to Syria. In recent days General Ghaffari came back to Iran after his mission was ended.

Due to Ghaffari’s experience in Syria he managed to establish good connections with the military forces in Syria. He was one of the first Iranian advisers who came to Syria, his command duration is twice the time that of his predecessor. His command was to end in 2020, however, because of the martyrdom of the commander of IRGC Quds Force, Qasem Soleimani, in January 2020 and the escalation of tensions in the region His valediction postponed until late 2021. With the ending of his mission after holding the post for six years, the introduction ceremony of the fourth commander of Iranian advisers were held and a new commander was appointed.

The valediction of Sayyed Jawad happened simultaneous with several regional changes and most importantly with the meeting between UAE minister of foreign affairs and Bashar Assad. Such events paved the way for some regional and international media to spread false speculation and misinformation, in a way that the anti Iranian outlets claimed that General Ghaffari was expelled by the Bashar Assad because of his differences with the Russians and by the request of UAE minister of foreign affairs. They actually took advantage of the unpublished news and created a psychological operation by linking the end of the Iranian general’s mission to the Emirati foreign minister’s trip to Damascus

But this is while, few days ago, with the end of Sayyed Jawad’s mission in Syria, several ceremonies were held by different state and military officials with the presence of tribe leaders and the Syrian people in different parts of Syria. They appreciated Ghaffari’s efforts in protecting the holy sites and fighting terrorism in Syria. Different groups from all social strata held the farewell events, because General Ghaffari was a popular figure and had strong public relations.

It should be noted that Iran’s military attaché in Syria has received a medal of honor from the Syrian defense minister.

The below pictures are about the Ali Abdullah Ayyoub, Minister of Defense and the head of Syrian Army Joint Chief, meeting with General Ghaffari, and the ceremonies which were held for Ghaffari in southern Aleppo and other parts of Syria. (plus some other old pictures)