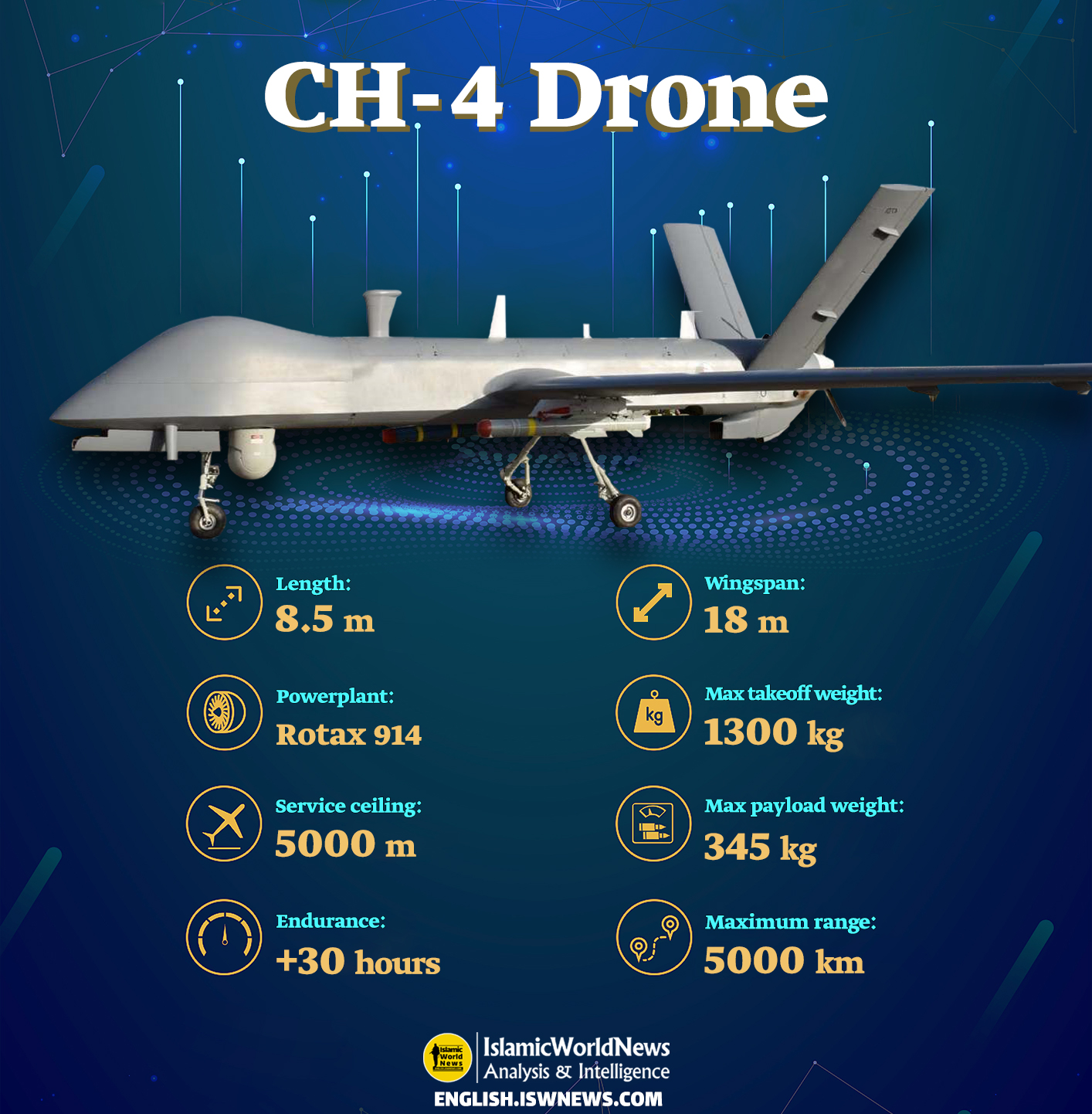 The Chang Hong-4 drone is a Chinese reconnaissance combat drone developed by the China Aerospace Science and Technology Corporation (CASC) and unveiled at the Zhuhai Exhibition in 2014.

The CH-series drone have been sold to armed forces in more than 10 countries in the Middle East, Southeast Asia and Africa, making them the largest military drone family China has exported so far. The Saudi army is one of the main users of this drone.

The CH-4 drone is similar to the US MQ-9 Reaper drone and is in the category of reconnaissance-combat drones with medium flight altitude and medium dimensions. It has endurance up to + 30 hours in reconnaissance mode and up to 12 hours in combat mode, and can carry a maximum payload up to 345 kg.

It should be noted that after a CH-4 drone was downed by the Yemeni Ansar Allah air defence system and obtaining the wreckage of this drone, it was determined that this drone uses the Austrian Rotax 914 engine. The Rotax 914 is a common propulsion in this category for drones worldwide.