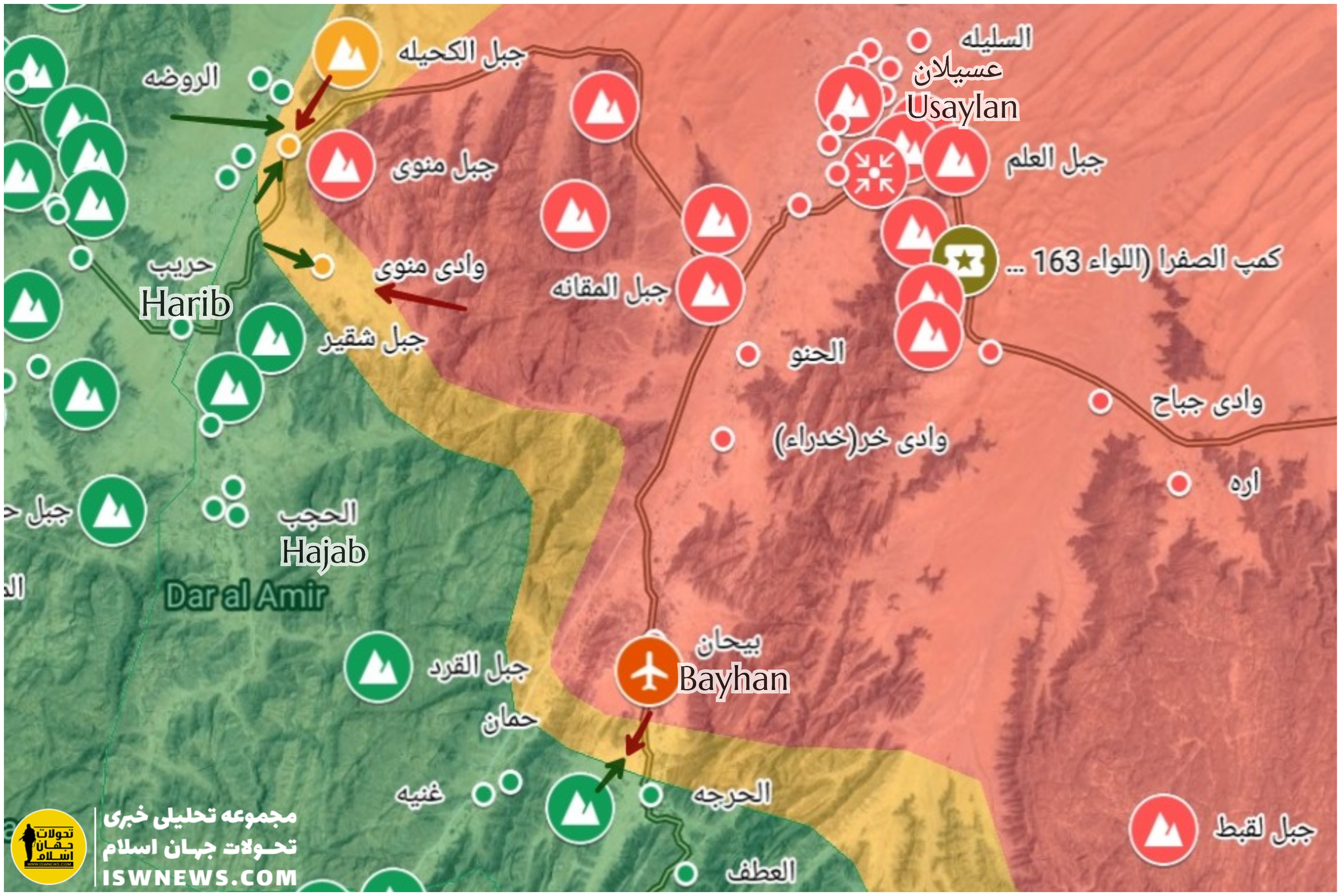 ISWNews Analysis Group: The heavy attacks of the Saudi-led forces to the north of the town of Harib and the heights of the Ain district were repulsed by Ansar Allah.

1- Shabwa:
– The Saudi coalition attacks on the Ain district and the southern heights of the Beyhan district were repulsed by Ansar Allah.
– The spokesman of the Yemeni Armed Forces, Brigadier General Yahya al-Sari, announced that the Saudi coalition’s casualties in the battles of Shabwa province in the recent days were 515 killed, 850 wounded and more than 200 missing. Also, 102 military and armored vehicles of the Saudi coalition were destroyed.

2- Marib:
Ansar Allah repelled a heavy attack by Saudi-led forces to seize the town of Harib.

4- Al-Hudaydah:
– The Saudi-led forces have violated the ceasefire 184 times in the past 48 hours.
– Two civilians were killed by the Saudi airstrikes on the al-Jarrahi area.