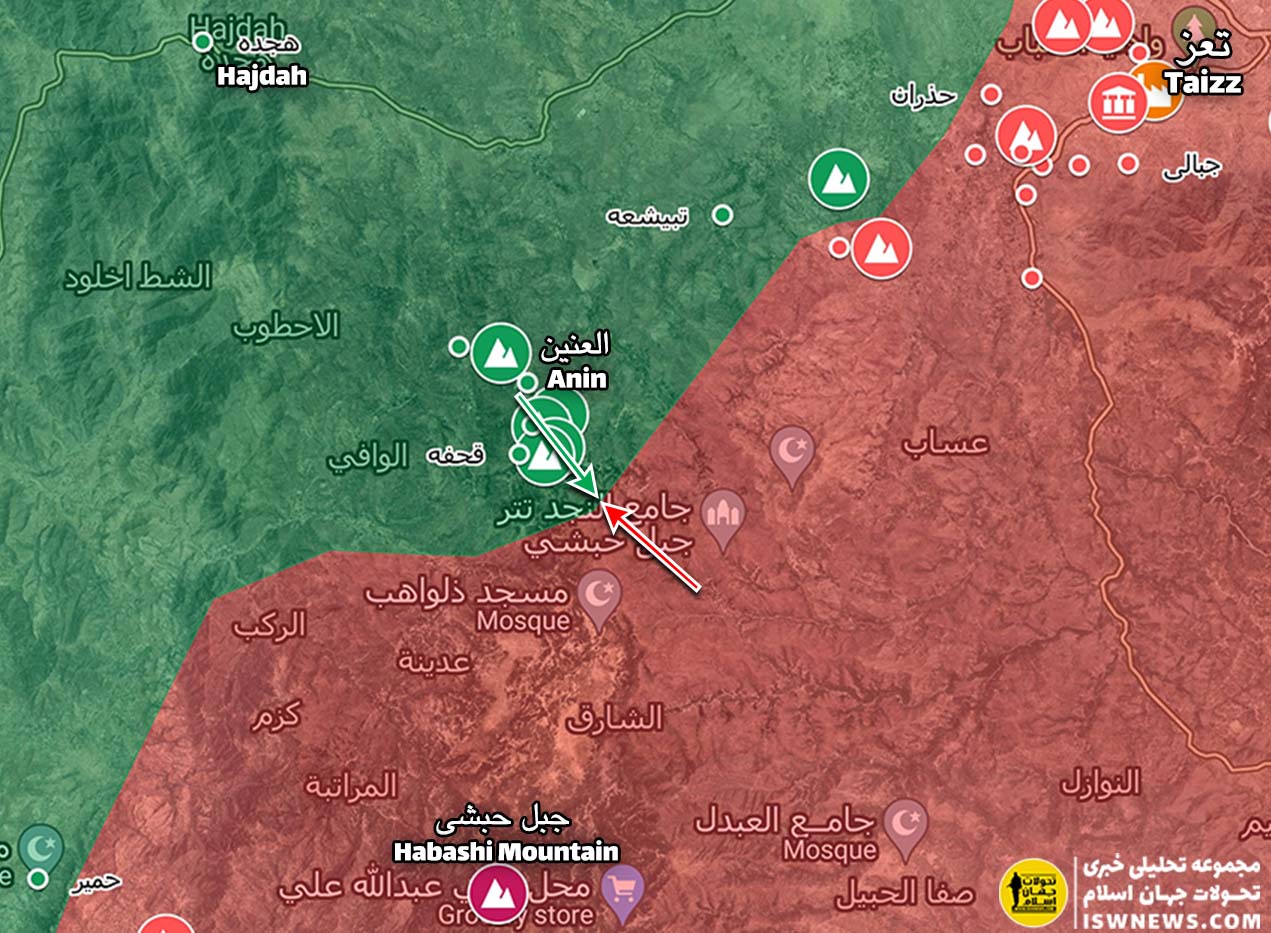 Following Mansoor Hadi forces attacks to north of Jabal Habashi district from February 6th, they captured heights and southern villages of Anin area. Later Ansar Allah forces dispatched from Hajdah to Anin front to reclaim the area. Finally after days of fights, AnsarAllah ground force reclaimed south of Anin area and the front lines are back to before the conflict.

According to local sources, elders of Jabal Habashi district demanded ceasefire and cease of operation in a message to Ansar Allah. And the request is welcomed by Ansar Allah.

The northern fronts of Taiz province have witnessed sporadic clashes after battles of 2017, and most of these attacks have been launched by Mansour Hadi and Tariq Saleh’s forces.