Syria: Protest in the south, war in the north! 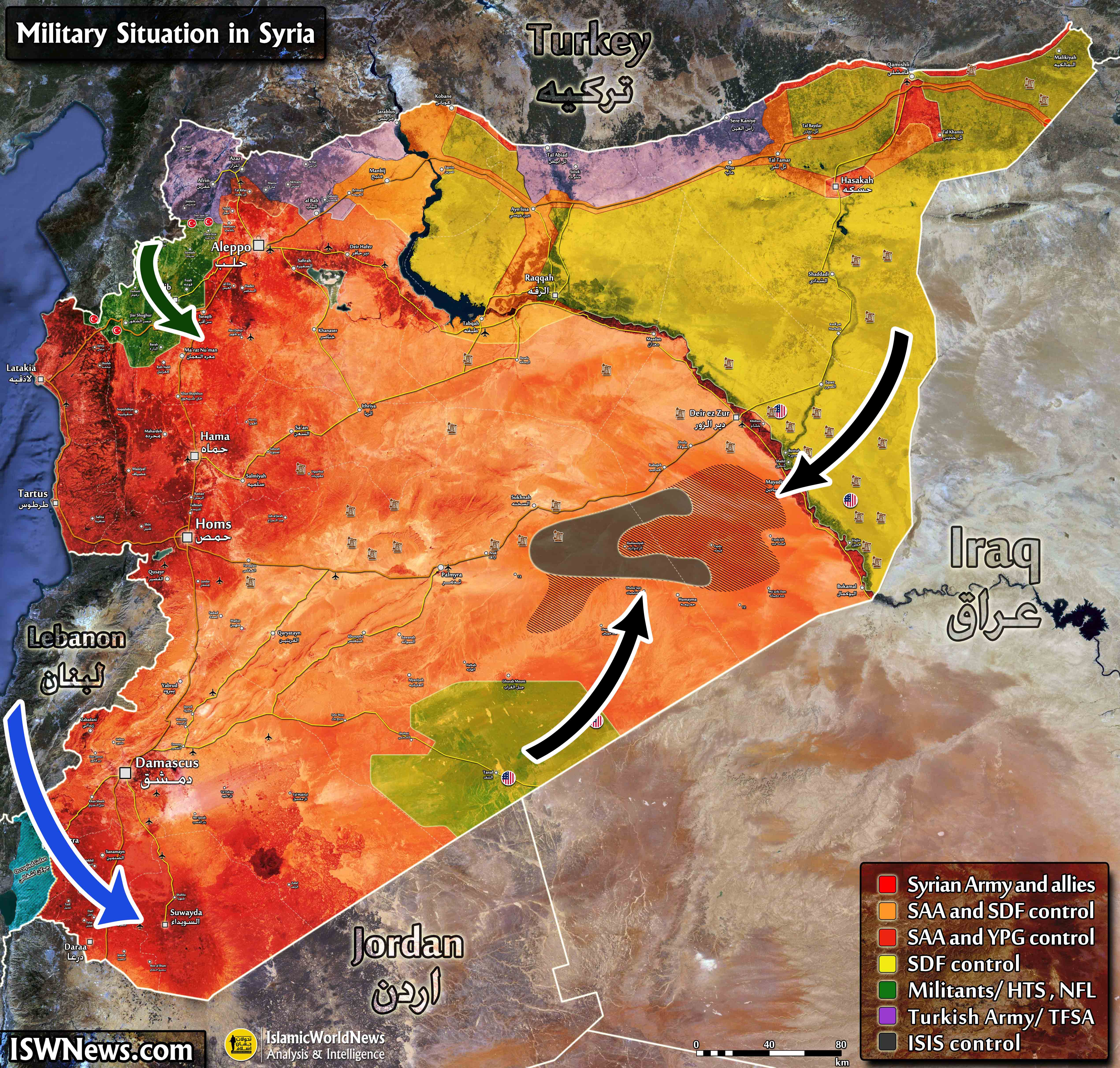 The recent protests in Suwayda, the riots in Hasakah prison, and the rise of terrorist activities in Deir Ezzor and Homs serve as a security warning to the Axis of Resistance!

The difficult living conditions in the southern regions of Syria, especially in the province of Suwayda, have become a recurring but new excuse for disrupting Syrian security. In February, protesters in Suwayda blocked the Damascus-Suwayda highway holding placards and chanting anti-government slogans. This recurring theme is significant as the protests turned into armed activities.

On the other hand, according to the usual routine of the Syrian media, the incident was silenced and the security forces of the Syrian government did not get involved. But after investigating and interrogating the protest leaders, Hezbollah found clues in the city of Suwayda and an armed group linked to Walid Jumblatt, the Druze leader of the Progressive Socialist Party in Lebanon.

Similar security activities were observed in Daraa province, and on February 9, an explosion and several armed assassinations took place in Daraa.

In general, the suspicious activities in southern Syria signal a security warning to the Axis of Resistance, which is being carried out at the behest of Israel and by groups affiliated with Walid Jumblatt. In this regard, Hezbollah drone operation against Israel, which was carried out by flying ‘Hassan drone’ to a depth of 70 km in the territory of occupied Palestine and the inability of the Israeli army to counter it; It is a clear warning and message to the Zionist sedition in southern Syria. A message that was well received on the Israeli side.

In Deir Ezzor province, new organized activities have been carried out by the ISIS terrorist group in the past months. The scenario in this area is related to several issues:
1- The escape of more than 200 ISIS members from the Ghowairan prison in Hasakah city. The probability of their transfer to the deserts of Deir Ezzor and Homs is very high.
2- Continuous intelligence flights of American aircraft in the skies of Deir Ezzor province.
3- In recent months, the Syrian government with the help of Iranian advisers, has established close relations with the tribes of Deir Ezzor province. This is certainly not to the liking of the United States and the SDF.

According to the above-mentioned points, the intelligence and operational forces of the resistance are expected to start security operations in the coming days in the provinces of Suwayda, Daraa and Deir Ezzor.

ISWNews
ISWNews Analysis Group is a completely independent organization maintained by a team of experts and volunteers which focuses on armed conflicts and crises. Our mission is to tell the untold, which is usually censored by the main stream media. Step in battles of the region with us!
Share it:
Hezbollah Suwayda Syria Walid Jumblatt