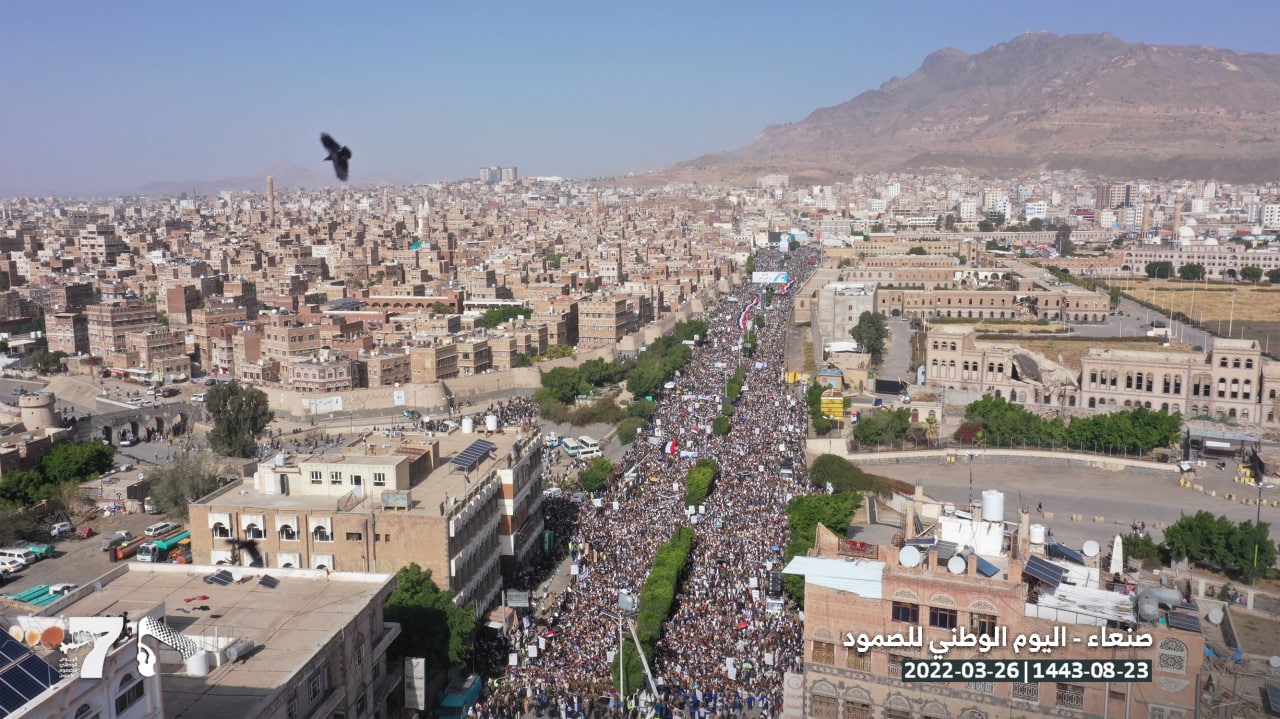 ISWNews Analysis Group: The Yemeni people held large rallies in the AnsarAllah-controlled provinces on the occasion of National Resistance Day.

The Yemeni people issued a statement at the end of the National Resistance Day march. The summary is as follows:
“Congratulations to our heroes for attacking deep into enemy territory. In the eighth year of the war, our people will continue to resist with strength and power. We are ready to implement the instructions of the Leader of the Revolution in strengthening the military, economic, security and media fronts. We emphasize our principled positions, especially the Palestinian cause. We call on all the people in the occupied territories to stand up to drive out the occupiers and the mercenaries. We call on the aggressors to stop the siege and attack on Yemen and to learn from what has happened to them over the years.”

In a speech on the occasion of National Resistance Day, the head of the Yemeni Supreme Political Council, Mahdi Al-Mashat, in an indirect and very important message to the Saudi leaders, announced a three-day suspension of all Ansar Allah attacks on Saudi Arabia and called for an end to coalition attacks and an end to the siege.