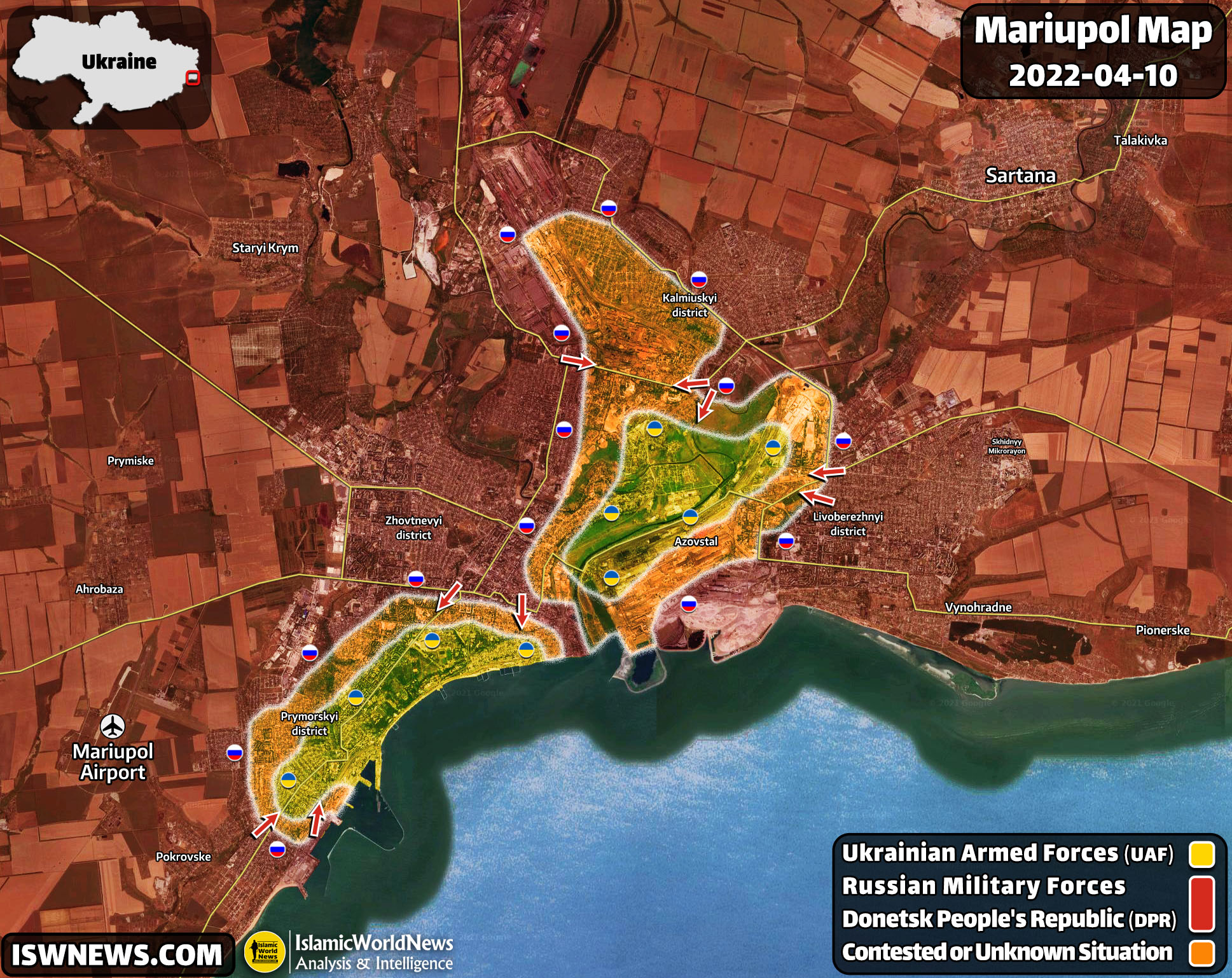 ISWNews Analysis Group: The Russian army and DPR forces advanced on the city of Mariupol, besieging the Ukrainian forces in two areas.