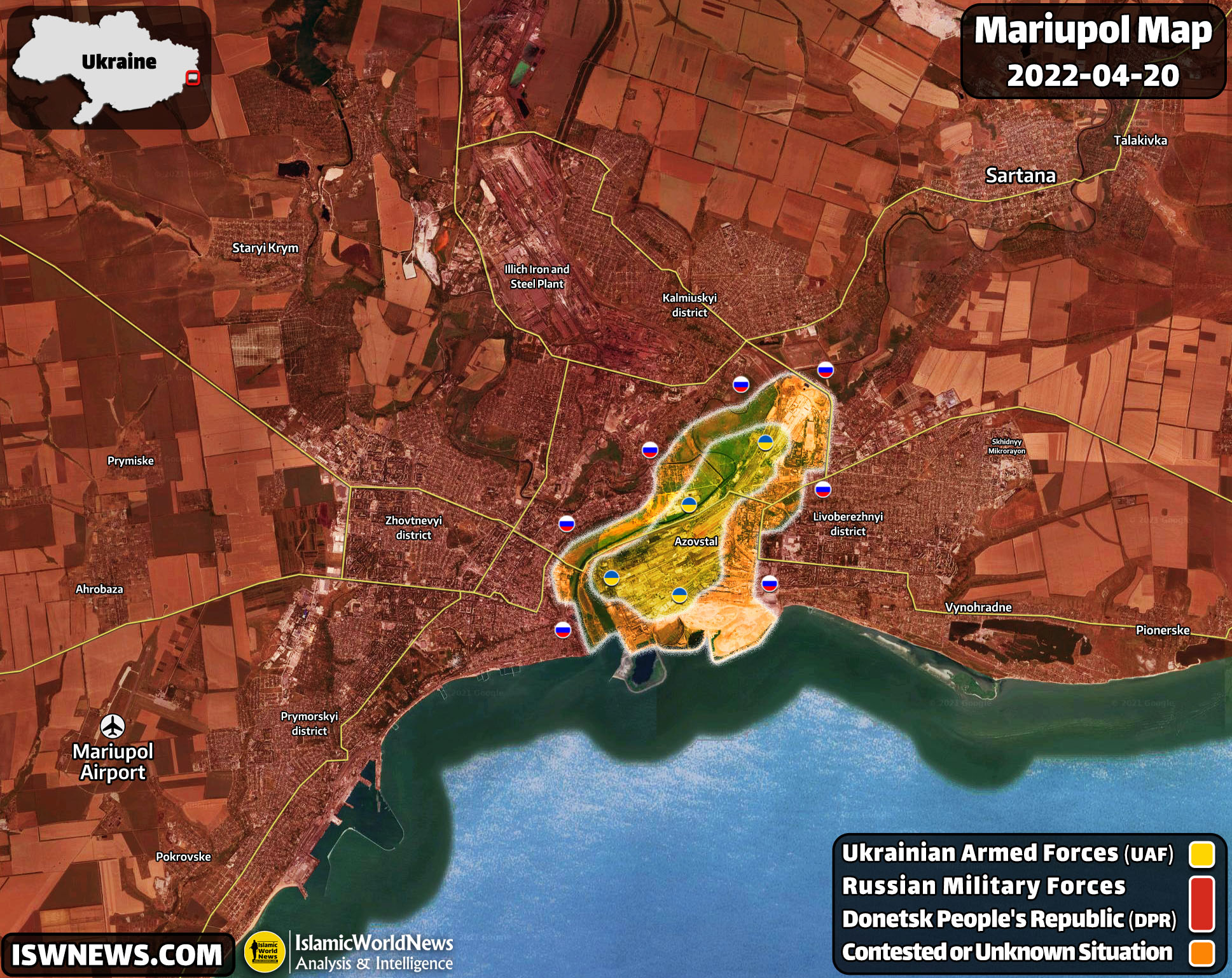 ISWNews Analysis Group: Russian and DPR forces have taken control of the Primorsky district in the west of Mariupol city.

Ukrainian troops are currently under siege only in the Azovstal plant, and heavy fighting continues in buildings adjacent to Azovstal.

About 200 civilians were evacuated from around Azovstal yesterday. A number of civilians are said to have taken refuge in the Azovstal tunnels. Today, Russia set an deadline for the remaining Ukrainian forces in Azostal to surrender, but this was rejected by Ukrainian forces, and Russian heavy bombardment resumed.