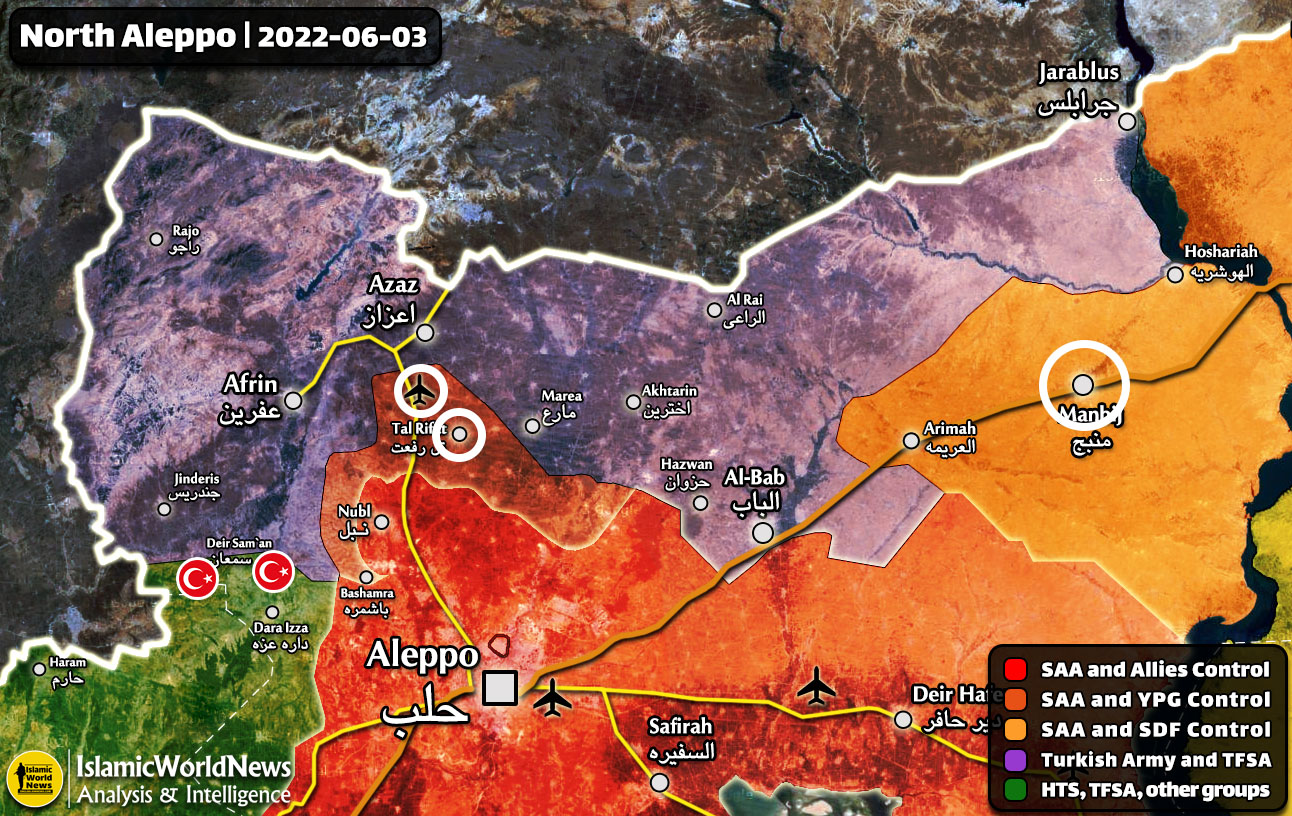 ISWNews Analysis Group: Coinciding with threatening remarks by Turkish officials about launching military operations in northern Syria, Syrian army sent a new batch of troops to the city of Tal Rafaat and the Menagh military airport.

On June 2, after extensive movements by the Turkish army and its backed militants in northern Syria, Syrian army forces, backed by Russian helicopters, moved new equipment to the city of Tal Rafaat and the Menagh military airport.
The move shows that the Syrian army had previously reached an agreement with Kurdish militias to send troops and military equipment to Tal Rafaat and Menagh Airport. The escort of the Syrian army convoy by Russian helicopters also indicates that the Russians have not yet given the green light to a possible Turkish operation.

The situation on the Manbij front is slightly different from the Tal Rafaat, because so far the Syrian Democratic Forces (SDF) have not agreed to the entry of Syrian army forces into the city of Manbij, and this decision puts the city of Manbij at the forefront of Turkey’s future operations.

Simultaneously with these measures, the activities of the militants in the Idlib region have increased. The militants are said to have moved part of their forces and equipment to areas of contact lines with the Syrian army northeast of Idlib and west of Aleppo. Given these movements, it is likely that at the same time as the Turkish army and its affiliated militias begin offensive operations in northern Syria, the militants will launch attacks to seize Syrian army positions in western Aleppo.

Read more: Erdogan’s invasion north of Aleppo; What will be the reaction of Syria?