Breaking: Rocket attack on US position in northern Syria 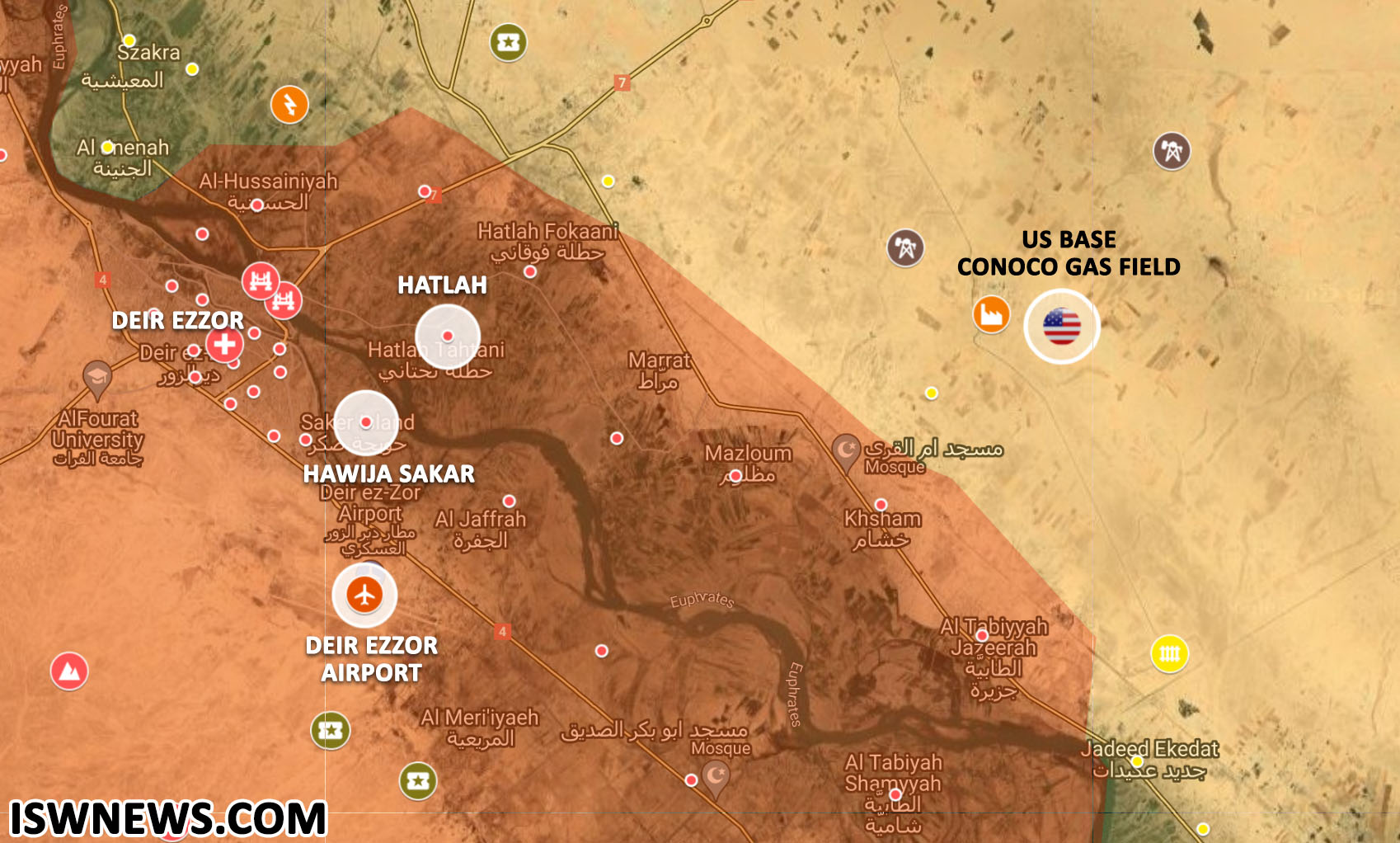 ISWNews Analysis Group: In retaliation to the US missile attacks, the resistance forces and the Syrian army targeted the US base in the CONOCO gas facility in north of Deir Ezzor with several rockets.

According to field observations, at the same time as the rocket attacks, Syrian army fighter jets and Russian military helicopters were patrolling around the city of Deir Ezzor.

The IWN field source in Syria, in a conversation with us, said that the rocket attacks against CONOCO gas facilities were carried out from Hawija Sakar area in north of Deir Ezzor. After this attack, the US fighter jets bombarded the rocket launch site in Hawija Sakar, as well as the airport and Hatlah area. However, none of the resistance forces and the Syrian army forces were harmed in the attacks.

According to the information released by the US CENTCOM, rocket attacks were carried out around 19:20 (local time) and three US servicemen were injured.

It should be noted that the SAA and the resistance forces rocket attacks were carried out in retaliation to the US missile attacks. One August 23, the US fighter jets bombed the facilities and ammunition depots of the resistance forces and the Syrian army in the Ayyash region of Deir Ezzor province.

Read more: US airstrikes on targets in Deir Ezzor province