US builds new military base in northeastern Syria 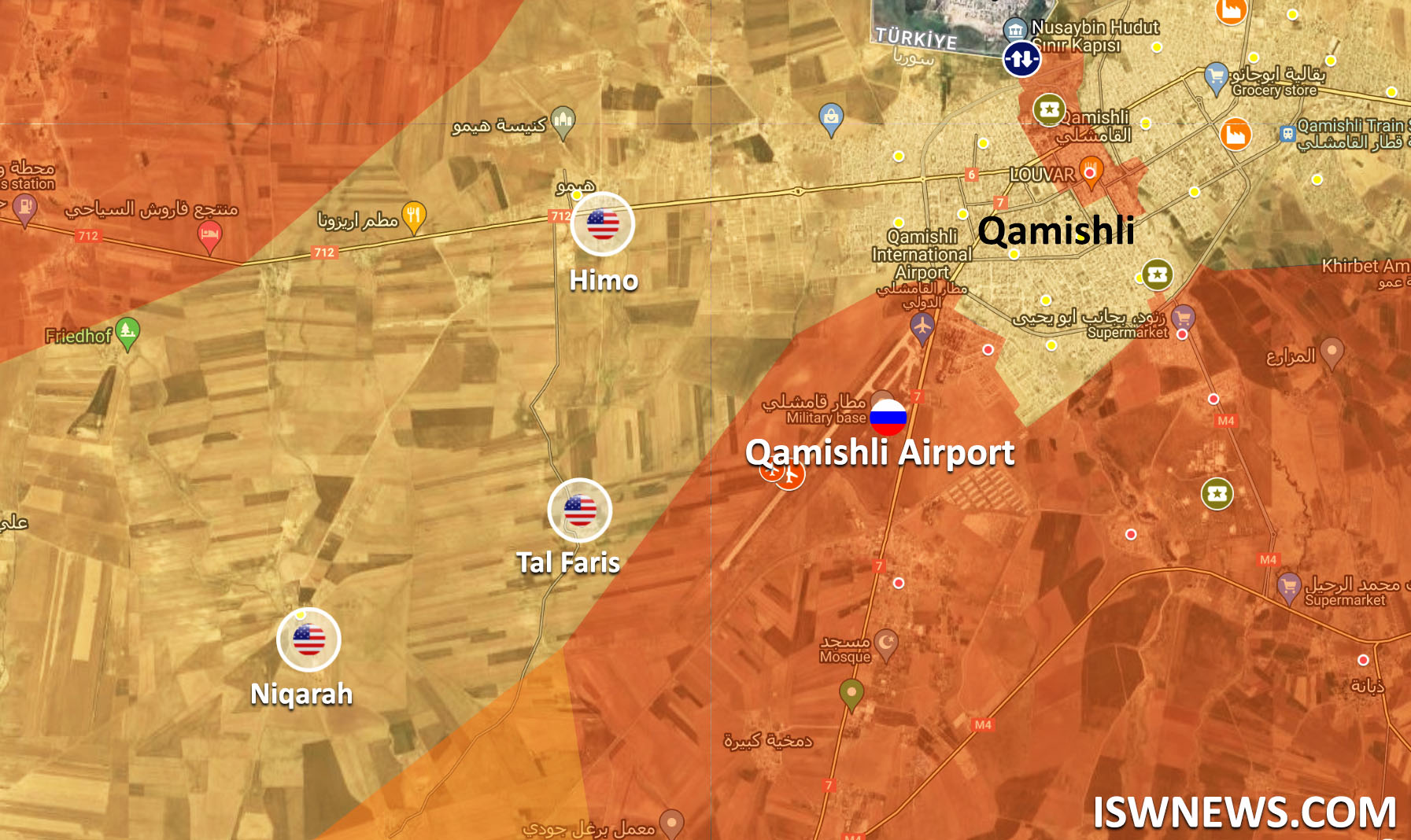 ISWNews Analysis Group: The US coalition has established a new military base near Al-Naqara village in the outskirts of Qamishli city.

The US coalition built a new military base in al-Naqara village, three kilometers southwest of Qamishli city in Haskeh province. After the two US military bases in Himo village and Tal Faris, this is the third US base around the city of Qamishli.

Considering that the newly established base in Al-Naqara and Tal Faris are located near the Qamishli airport, the US coalition is able to monitor the movements of the Russian military in this airport.

During the last few years, the Russian army has deployed radars, air defense systems, all types of fighters, helicopters and other military equipment in this base and has actually turned Qamishli Airport into its main base in northeastern Syria.

Over the past months, the US coalition has expanded its presence in northeastern Syria by building new bases and deploying more equipment, including heavy weapons. Officially, the United States claims that there are fewer than a thousand American troops in Syria, but the actual numbers seem to be much higher.

Share it:
al-Naqara Qamishli Syria US US in Syria