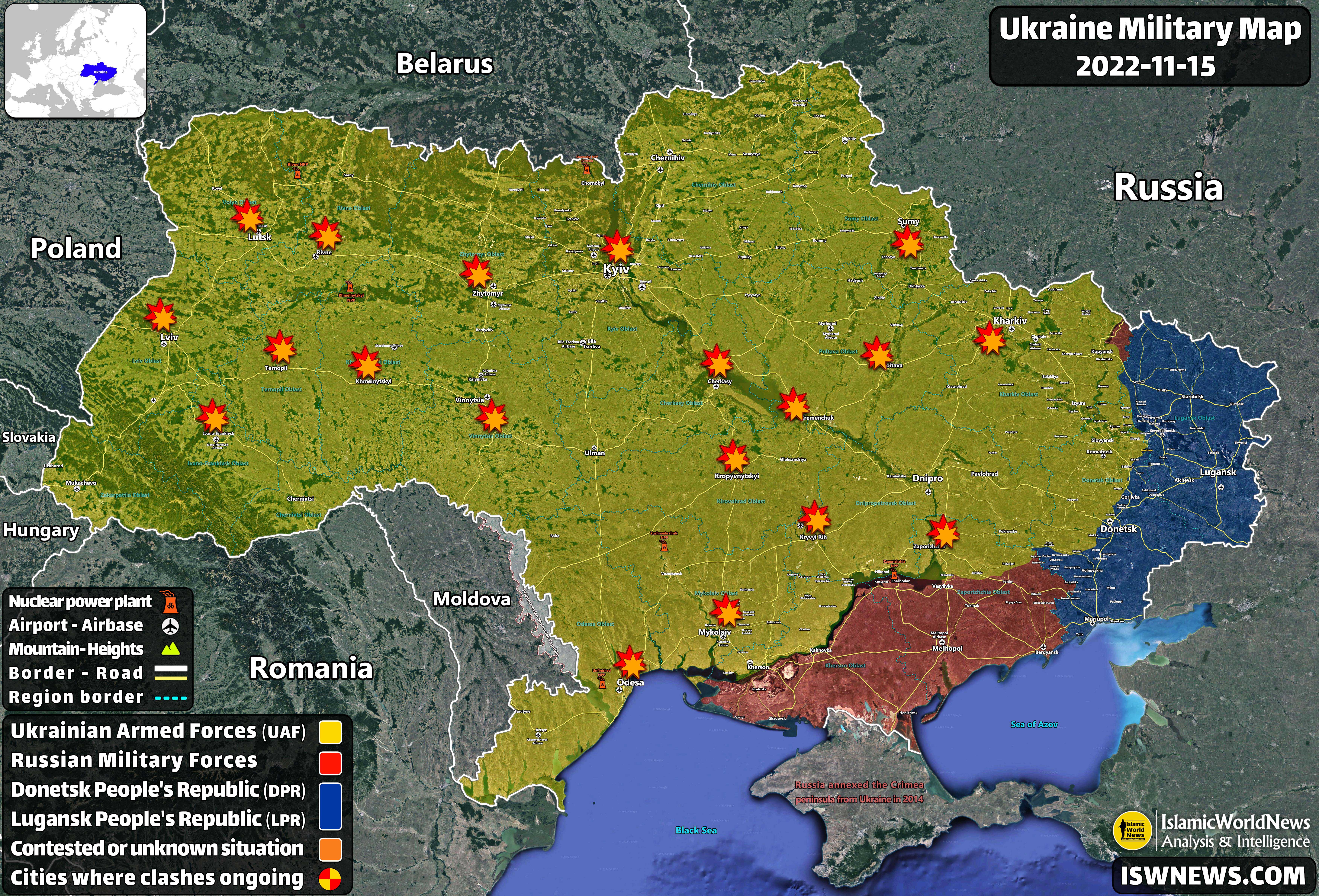 ISWNews Analysis Group: The Russian army attacked energy infrastructure and other positions in 18 cities of Ukraine with more than 100 cruise missiles.

As a result of the Russian missile attacks, the electricity in the cities of Leviv, Zhytomyr, Poltava and Ternopil has been completely cut off, and other cities such as Sumi and Odessa have been cut off to a limited extent. Also, the local authorities of the mentioned areas have reported serious damage to the energy infrastructure in these cities.

It is also said that two Russian missiles hit the border areas of Lublin province located in the southeast of Poland. Following this incident, the Prime Minister of Poland, Mateusz Morawiecki, has convened an emergency meeting with the Council of Ministers of his government to discuss the details of this attack. Some Polish sources have reported that two people were killed in the incident, but this figure cannot be confirmed at the moment.

In the pictures above, you can see a part of the S-300 missile defense system wreckage that fell on Polish soil. Most likely, this missile belongs to the Ukrainian S-300 defense system, and it mistakenly followed a Russian cruise missile or another target to the Lublin area, and landed on a Polish tractor there!

In this regard, the Ministry of Defense of Russia issued a statement, while denying the missile attack on the border areas of Ukraine and Poland, and added:

“The statements of the media and the claims of the Polish authorities about the fall of Russian missiles on the territory of Poland are a deliberate provocation in order to intensify the tension.“

But Ukrainian President Volodymyr Zelenskyy blamed Russia for this incident and said in his latest message on Twitter:

On the other hand, contrary to this statement, US President Joseph Biden said:

“Initial information shows that the missile that hit Poland was not fired from Russia.”

Recep Tayyip Erdogan, the president of Turkiye, also reacted to this incident and said:

“Information shows that Russia was not to blame for the missile incident in Poland, and I accept Russia’s position in this regard.”

The Ministry of Foreign Affairs of Poland also without mentioning the details of this incident, has stated that a “Russian-made” missile has fallen in the east of this country!