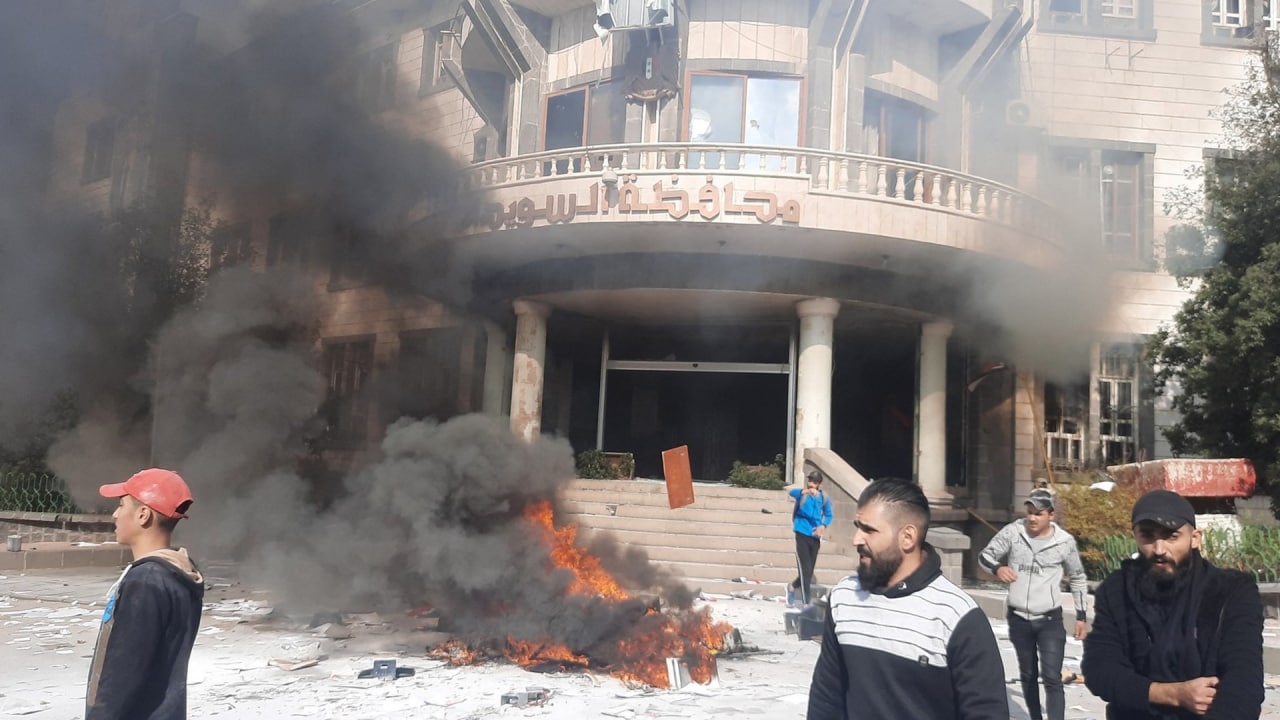 Protests in the city of Suwayda in the south of Syria have purposefully turned into violence and conflict after a while. A number of civilians and Syrian security forces have been killed and wounded in these gatherings, which are held on the pretext of fuel shortages, power outages, and livelihood problems. But what is the truth?

In recent months, some residents of Suwayda province protested against the inappropriate management by the Syrian officials and livelihood problems. Southern Syria has always been the focus of attention by many intelligence agencies, including the Mossad. Therefore, these gatherings were managed and intensified by the Israeli intelligence agencies, and after a short period of time, the protests turned into armed conflicts.

Although some of these elements were arrested by the Syrian security forces and the allies, the available evidence and the examination of the recent gatherings in Suwayda confirm the role of intelligence agencies.

These elements were able to turn the gatherings into violence only by inciting the existing faults and highlighting the weaknesses of the Syrian government and their presence in the events. The main problem that paved the way for the foreign elements in Suwayda is the unfavorable economic conditions and the failure to address the demands of the people. This province is controlled by the Syrian authorities.

Considering the arrival of winter and problems such as lack of fuel, frequent power outages, as well as the increase in violence and tensions in Suwayda, it is likely that livelihood problems turn into a dangerous security problem and we may witness a serious challenge similar to the beginning of the Syrian conflict in Daraa province.

Currently, the intensity of the conflicts in Suwayda has decreased and the deployment of security forces and military police in this city has established relative peace but the evidence indicates that opposition groups are planning a new round of riots and we may see a series of disturbances in the coming days.