Opinion: Symbolic steps marking the liberation of the holy al-Quds 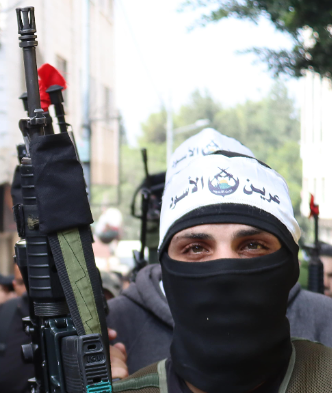 While the resistance in the West Bank of Jordan is dealing significant blows to the colonialists, new alliances are being formed in the region to support the Palestinian people.

It all started with the visit of Khalil al-Haya to Damascus, where the parties discussed the resumption of relations. Prominent Hamas figure Mahmoud Zahhar stressed that “Hamas has returned to Syria to realize a common goal – to end Zionism”. Then, in the capital of Jordan, activists of the Islamic Action Front held a pro-Palestinian rally, where party leaders demanded that the king open a branch of Hamas in Jordan. At this event, Sheikh Trad al-Fayez said that “the liberation of Palestine will begin from the territory of Transjordan.” Finally, a meeting was held in Iraq between the head of the Quds Forces (IRGC), Ismail Kaani and the Mufti of Iraq, Mahdi al-Sumadai.

Iraq and Syria have long been part of the regional anti-Zionist resistance. The IRGC and Hezbollah bases plus their Palestinian and Iraqi proxies are located in Syria. In Iraq, everything is ready to create a “revolutionary front” for the liberation of the holy al-Quds. Despite the intra-Shiite differences, the parties are similar in the need to create “special military forces for the battles for Palestine.” The Sunni region of the country also has authoritative figures for the liberation campaign for al-Quds, which was shown by the visit of Ismail Kaani. The Sunni environment of Iraq is on the verge of major changes, which are closely related to the dynamics of the Palestinian resistance. Among the followers of the Ahlu-Sunnah of Iraq, there is a sufficient number of pro-Palestinian figures, organizations and parties who jointly acted against the American occupation, the fight against ISIS, and then took a common position on the self-proclaimed referendum of the Barzani regime in Kurdistan. Now it’s the turn to fight the Zionists.

Based on the recent rally in Amman, we can say that Jordan is ready to make a revolutionary U-turn towards Palestine. It is worth recalling that the Islamic Action Front is a great friend of Hamas, so any activity of the Jordanian “Muslim-Brotherhood” adds advantages to the leading Palestinian party.

The Lion’s Den uprising initiated a major shift in the regional situation, now the King of Jordan is forced to go out of his way to prevent the radicalization of the Jordanian public, and at the same time support the efforts of the Palestinian Authority to curb the growth of revolutionary sentiments in the West Bank. The king is assisted in this by the leader of the Egyptian junta, Sisi. These efforts are doomed to failure, because now the principle of “local concentration” is operating inside the Axis of Resistance. While the Zionists are trying to suppress resistance in the West Bank, the Islamic Resistance in Syria is destroying the remnants of insurgency in the south of the country, and the Iraqis are expanding their presence on the border with Jordan right under the noses of the American-British occupiers.