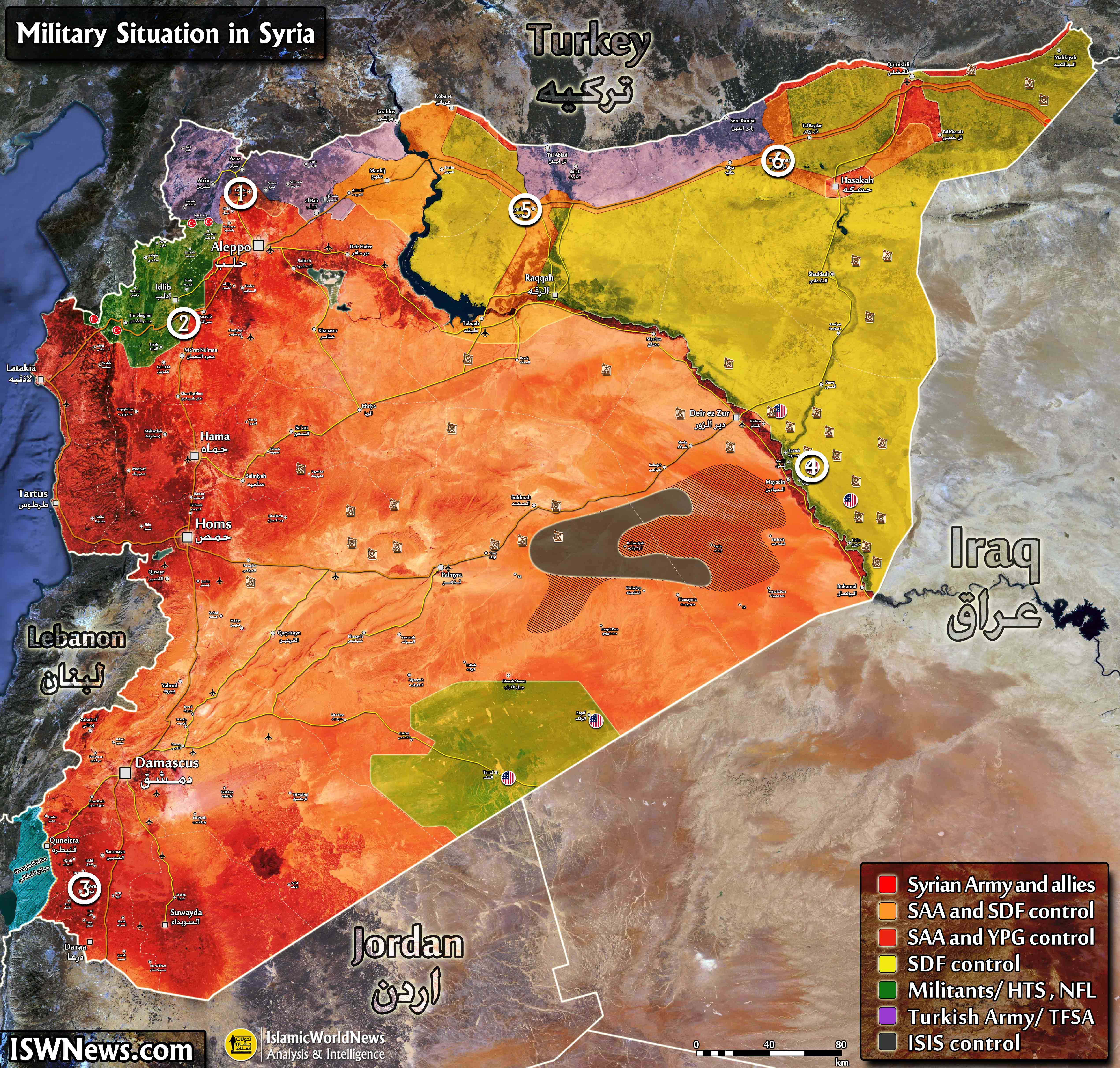 ISWNews Analysis Group: In continuation of the insecurity and targeted assassinations in recent days in Daraa province, three Syrian soldiers were martyred by unknown militants in different districts of this province.

2. Idlib:
On December11, the positions of the militants in the Kadura, located in the south of Idlib, were targeted by the Syrian army artillery.

4. Deir Ezzor:
On December 11, two individuals were killed during a heliborne operation carried out by the US forces in al-Zar village, located around Omar oilfield. No further details have been released in this regard.
On December 11, ISIS news sources reported targeting a checkpoint belonging to the Syrian Democratic Forces (SDF) in al-Zar village located in Al-Basira region in the east of Deir Ezzor province. In this conflict, one of the SDF forces was killed.

5. Raqqa:
-On December 8, Turkish-backed militants targeted the M4 highway and Ain Issa suburbs with artillery.
-On December 10, a military convoy for the Syrian Army was sent from the Tabqah military airport to Ain Isa city.

7. On December 10, the Turkish ministry of defense announced the death of one of the Kurdish militia commanders named “Fahmi Muhammad” in the northern regions of Syria. According to the Turkish media, he was one of the commanders of the Afrin Liberation Force (ALF).

8. On December 10, the US Department of State announced its strong opposition to any military action by Turkey against the northern regions of Syria