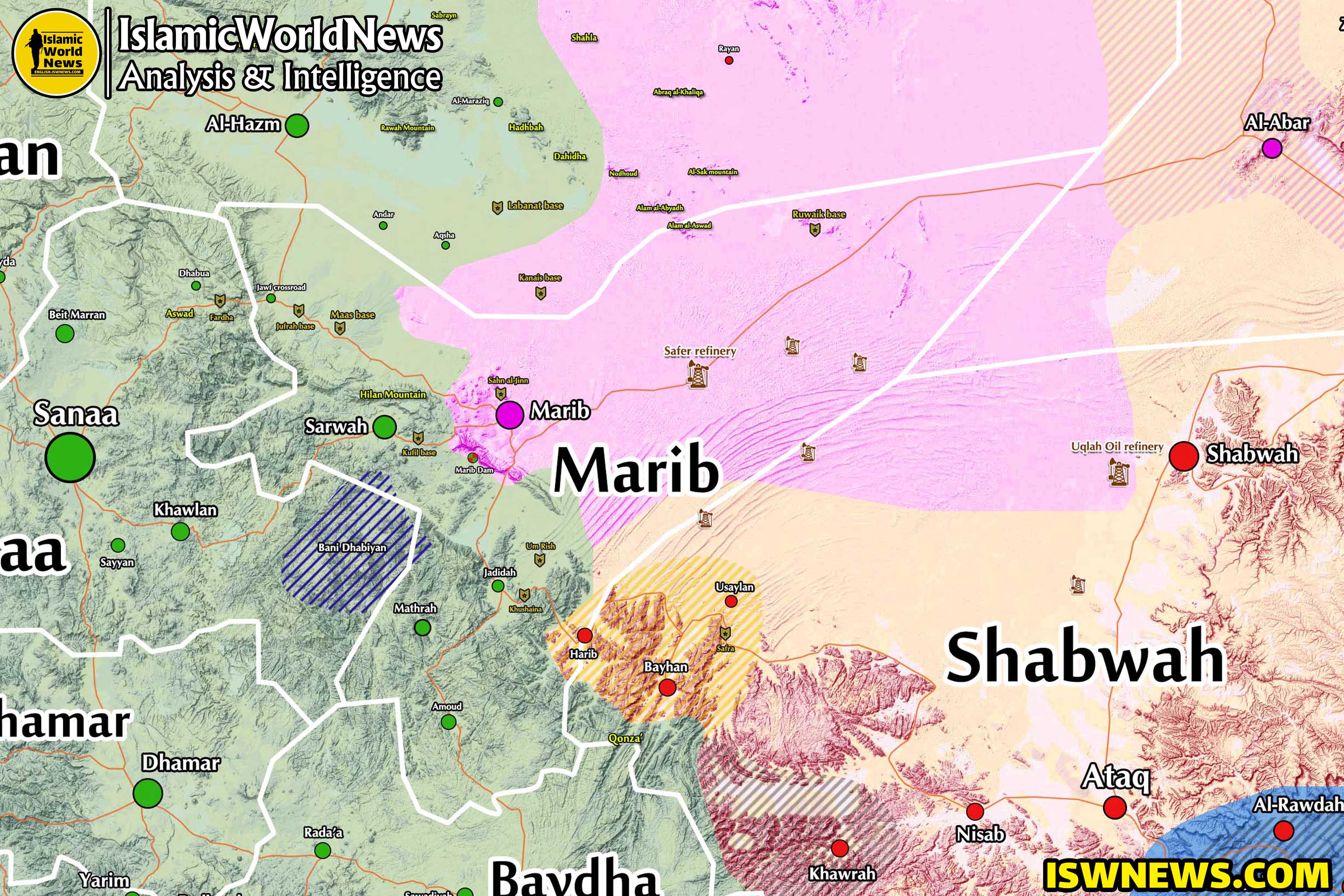 ISWNews Analysis Group: Following the increase of conflict between Islah Party forces and the resigned government of Hadi in the city of Marib, Lieutenant General Sagheer bin Aziz issued an order to confront the Islah Party and expulsion of its militants from the Sixth Military District.

After the implementation of intelligence-security operations of the Islah party in Marib and the occurrence of numerous conflicts between the forces loyal to the resigned government of Mansour Hadi (Sagheer bin Aziz forces) and the Marib tribes, tensions have increased over the control of oil fields in the Marib province. In this regard, Lt. Gen. Sagheer bin Aziz has ordered the expulsion of the Islah Party militants from the Sixth Military District. Also, some local sources have reported the intention of Saghir bin Aziz to attack Al-Safer oil field and refinery.

Islah Party has arrested or killed some people related to Saghir bin Aziz during intelligence-security operations in recent days.

At the same time as these tensions, the armed tribes of Al Fajij and Al Rashid Manif have clashed with each other in the Wadi Ubaidah region. This conflict has resulted in casualties and damages among the armed men of both sides.

Lieutenant General “Sagheer bin Hamoud Ahmed Aziz” is the current chief of the Saudi-backed Yemeni Armed Forces Staff (the resigned government Mansour of Hadi), who also has a history of being a member of the Yemeni People’s Congress Party. During the battles of Ansar Allah and the Saudi coalition in Marib, Sagheer bin Aziz was sent to Marib with the support of the UAE and Tariq Saleh and took control of some fronts. His presence in Marib continued after the announcement of the ceasefire in Yemen and entered a new phase with the tension between Islah Party and the forces loyal to the resigned government.