Artillery attacks against towns of Nubl & Al-Zahra in Aleppo province 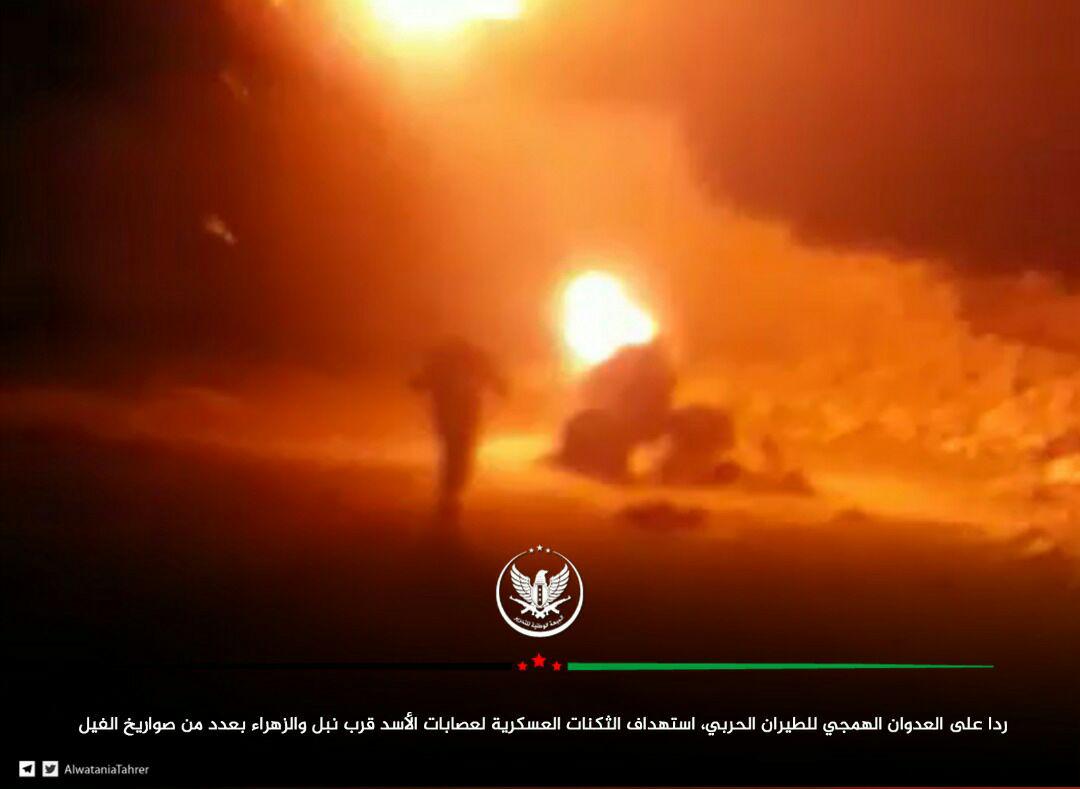 Islamic World News Analysis Group: Militas Last night, after a long time of ceasefire against the towns of Nubl and Al-Zahra, attacked these Shia towns by artillery fire.

Last night militas have targeted the resistance’s positions around Nubl and Al-Zahra & also inside these towns, with multiple rockets & mortars.
Following these blind and deliberate attacks, some of resistant people of Nubl and Al-Zahra were martyred and injured.

The Militas have claimed that the attack against Nubl & Al-Zahra was in response to Russia & Syria airstrikes against militia-controlled regions, specially Urum al Kobra region.

Yesterday, following the bombardments of militia-controlled regions in west of Aleppo, some of the civilians including childerens, were martyred and injured.

Islamic World News Analysis Group as an independent group, like before, will strongly condemn all the blind and non-purposeful bombardments which will lead to martyrdom of civilians, whether they are with or against the Syrian government.

Obviously civilian casualties is unavoidable because of the nature of wars like the war in Syria. However, adhering Islamic and human principles is essential in war, and both sides must be obligated to it and act upon it.