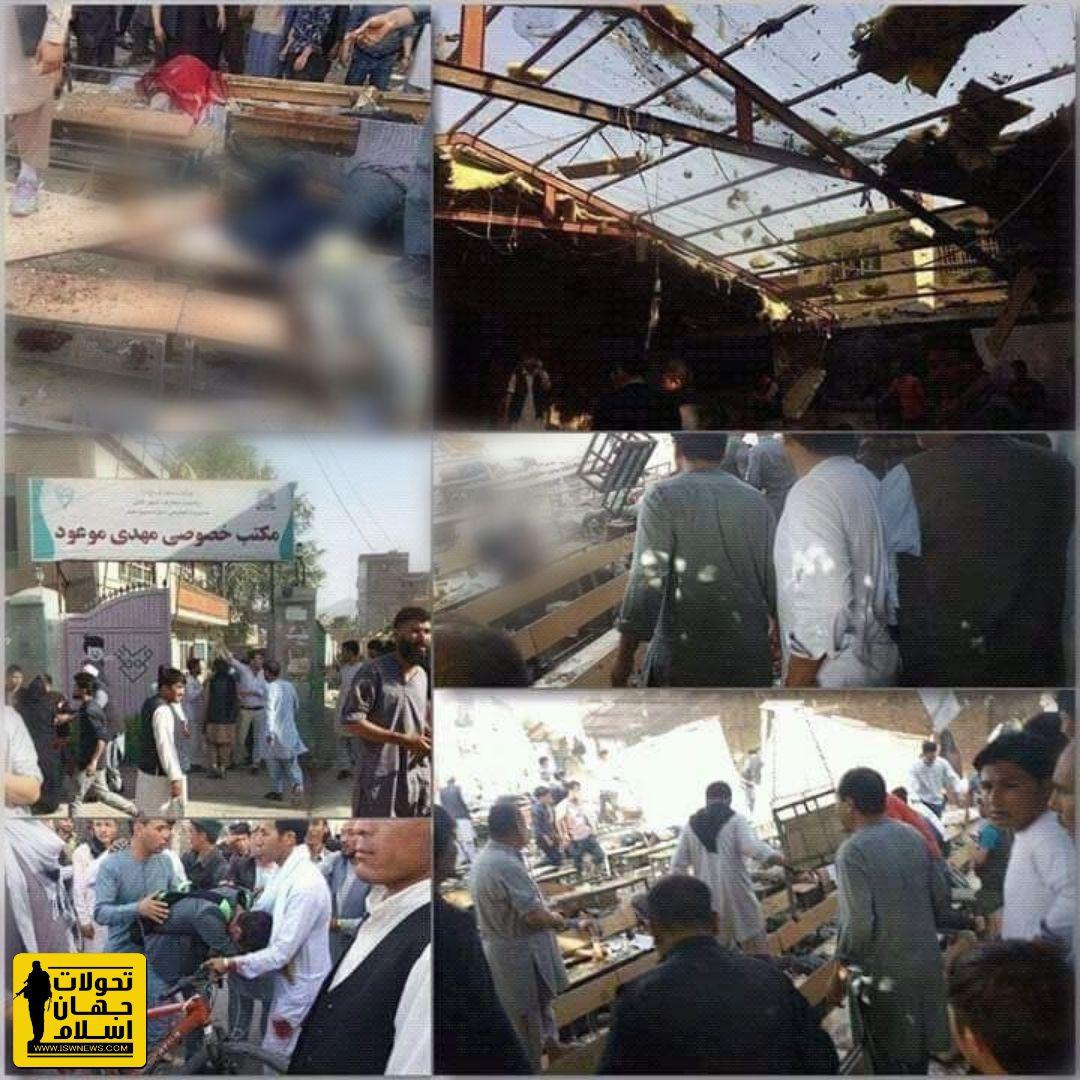 1. Ghazni
According to military sources, Taliban attack has been defeated and city is clear. Census of martyrs and wounded are contradicting and UN local office declared civilians casualties between 110 to 150.

2. Faryab
According to local sources, “Chinaei ha” base in Ghormach town Faryab province has fallen to Taliban.
This base was under siege from 11 August and during the engagements in the last two days around the base, 43 security forces martyred or wounded and more than 17 are captured by Taliban.

3. Takhar
Based on local witnesses’ claims, Ay Khanum passage on the border with Tajikistan is occupied by Taliban.
It is said during this attack, 12 guards are martyred and 7 wounded.

5. Suicidal attack to Mahdi Maoud center in west of Kabul
According to latest census, during this terrorist attack 60 martyred and more than 70 wounded.
Taliban denied responsibility of this attack.
*Above images showing this attack.