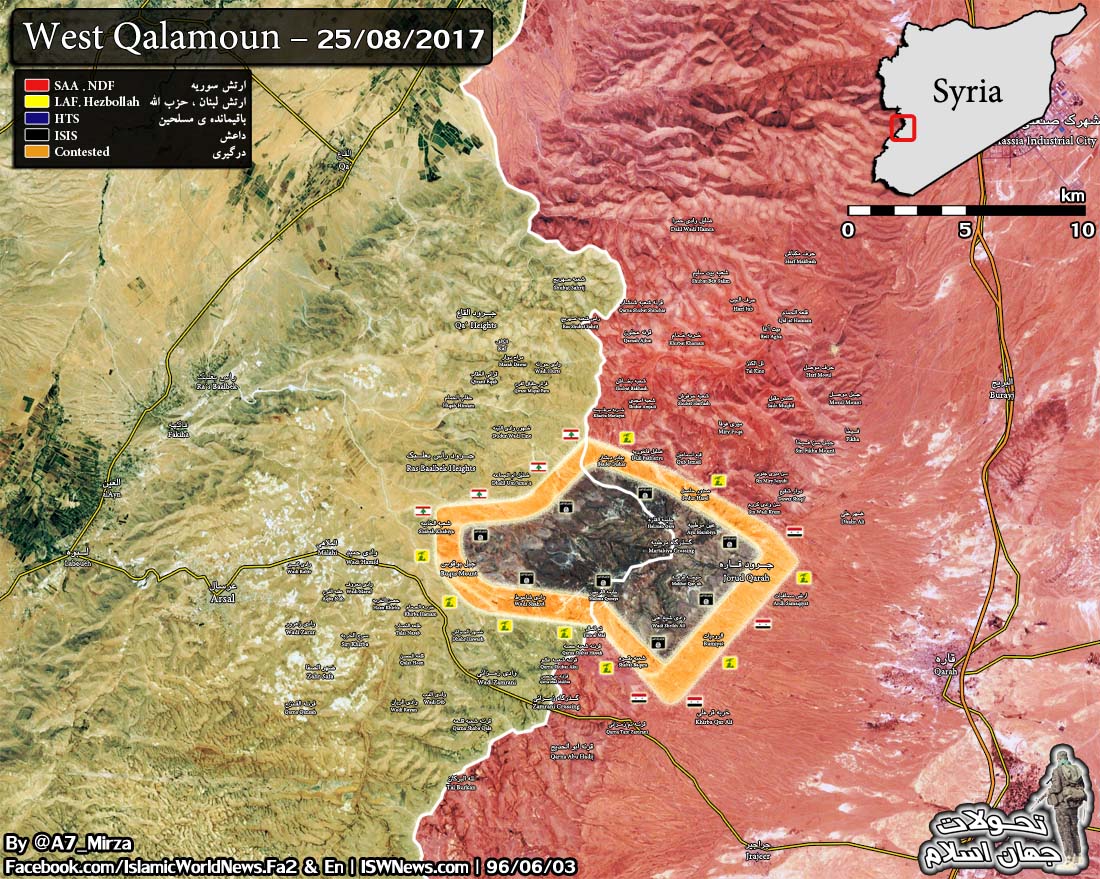 Progressing from north and east leaded to resistance forces jointed together and formed one operating axis.Now troops are active in southern and northern fronts.
Forces approaching to Shahout areas after liberation of ” Tam Al-Mal” height. It could be mentioned as One of the noticeable achievements during two last days. Due to these, Syria army and Hizbollah have direct fire on Shahout and its border way.
At the moment and during the 7 last days, Syrian army and Resistance forces cleared 5 important pathways called Sen Fikha, Mira, Shahout, Zamrani, Abou Hadij.

Operation in western Qalamoun and Syria-lebanon border will be successfully ended by domintating the two remained pathways,Sheikh Ali and Martabiyeh.