Latest Updates on Afghanistan 2 and 3 December 2018 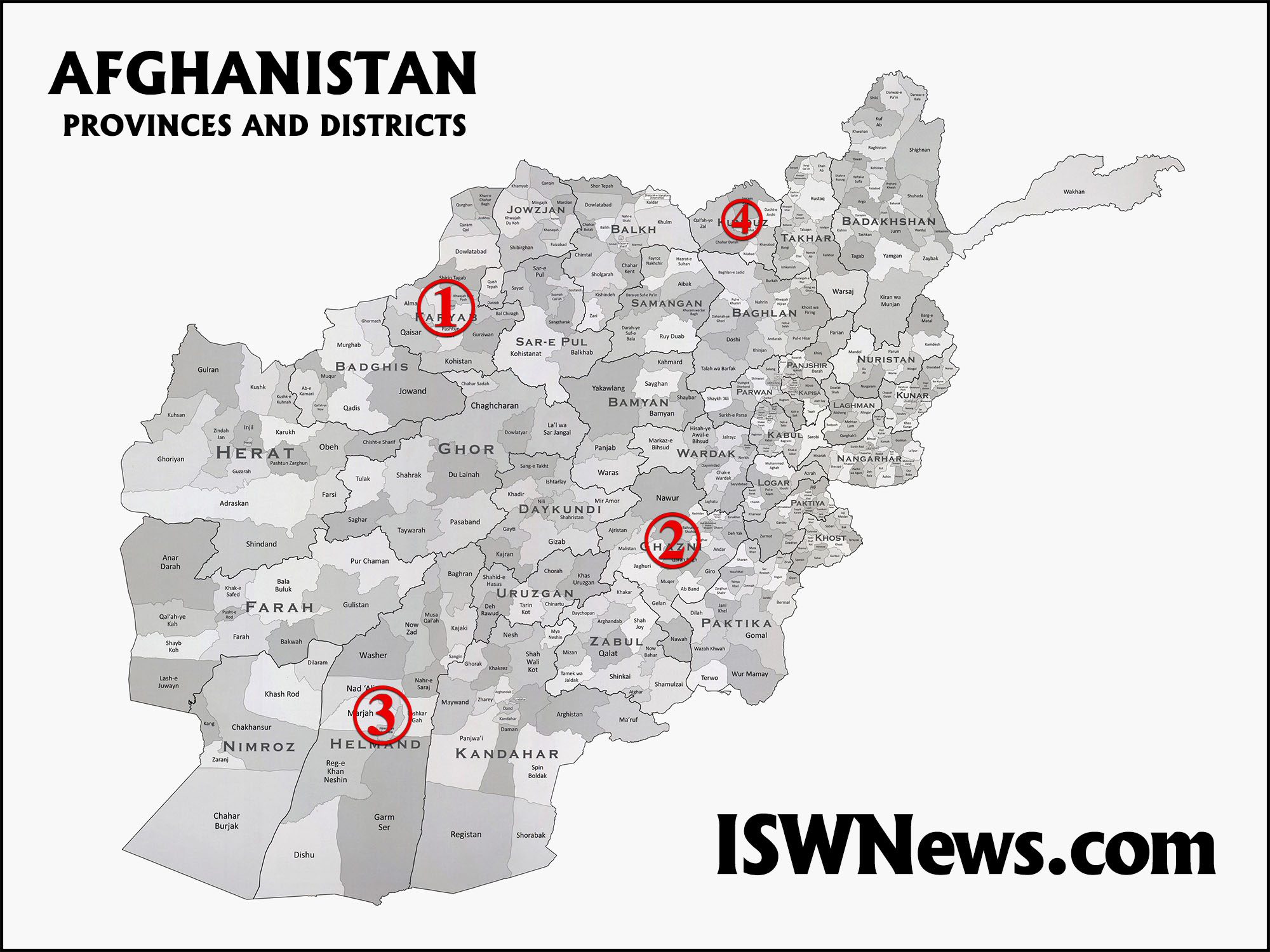 The top ranked Taliban member in south of Afghanistan is killed.

1. Faryab:
Engagement between security forces and Taliban in Andkhoy and Qarghan cities.

3. Helmand:
The top ranked Taliban member in south of Afghanistan is killed.
Mulla Rahimullah famous as Mulla Mannan, top representative of Taliban in Helmand province is killed in a US UCAV airstrike in Nowzad. It is said that Mulla Mannan whereabout was revealed by help of Paki Intelligence Agency.

4. Qunduz:
Protests in favor of commander Navid liberation.
Commander Navid one of people’s commander of Khan Abad in Qunduz, who was arrested in Taleqan, Takhar province under the charge of activities against Government.
It is while Ministry of State spokesperson deputy stated that process of arresting irresponsible militia will begin officially in two days in whole Afghanistan.

Thus, it is predicted that we will observe arrest of more local commanders in areas such as Badakhshan, Takhar, Qunduz, Bughlan, Sare Pol, Laghman, Nangarhar and around Kabul in following days.