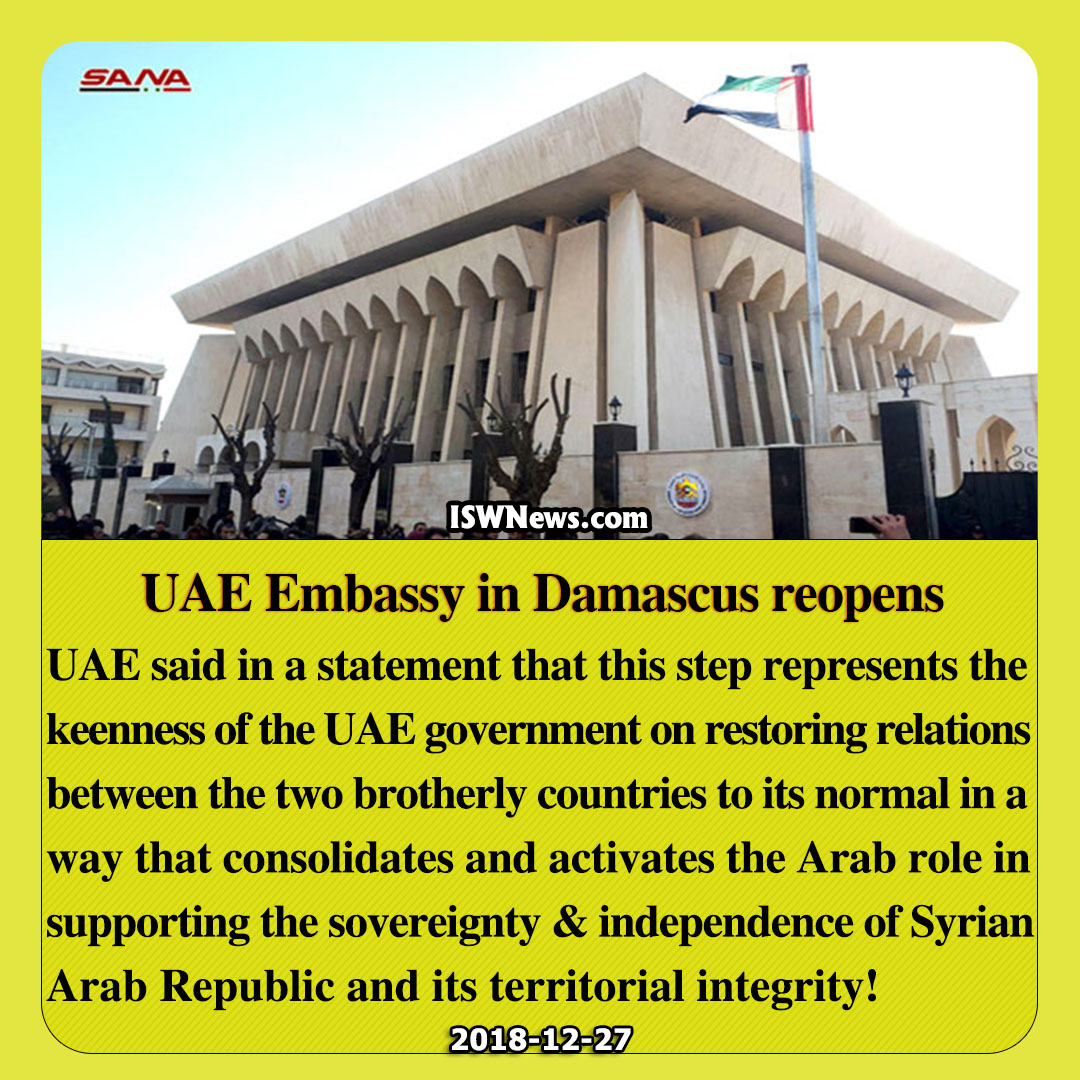 UAE said in a statement that this step represents the keenness of the UAE government on restoring relations between the two brotherly countries to its normal in a way that consolidates and activates the Arab role in supporting the sovereignty & independence of Syrian Arab Republic and its territorial integrity!

The United Arab Emirates is claiming brotherhood, while in the past its destructive role and its cooperation with the other Arab countries of the region for the destruction and devastation of Syria is so obvious.