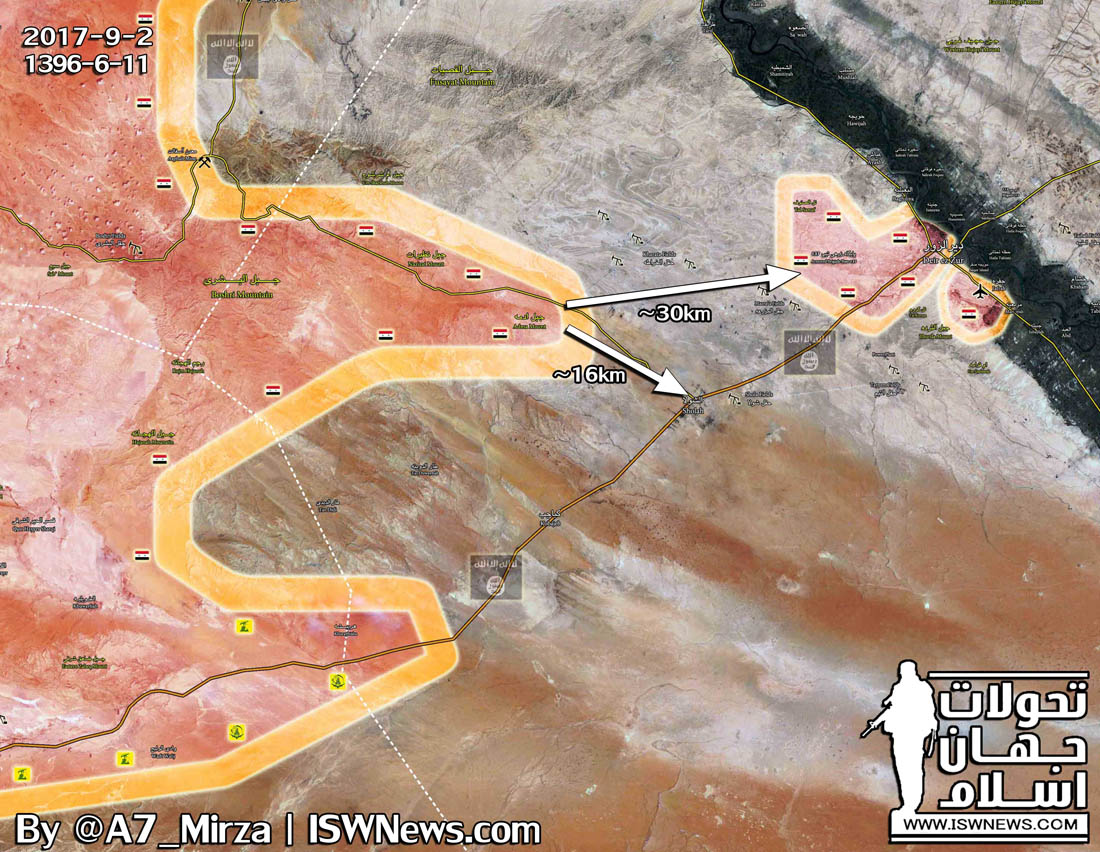 Syrian army reached the closest distance to the city of Deir Ezzor over the past few years, so that the people of Deir Ezzor can hear Syrian army’s artillery from distance.

Following the advance of the Syrian army and the Resistance in the Syrian Desert, the Tiger forces (forces of Soheil Hassan) liberated Nazirat & Adima mountaintop after dominating the Bushra mountain and clearing the eastern regions of the mountain.Thus, the army is only about 30 kilometers away from the city of Deir Ezzor, and forces in Deir Ezzor can now easily hear the artillery of the Syrian army in the east of Bushra mountain.
From the last line of Army to Shola and Shola crossroad is about 16 kilometers.

On the southern axis, Resistance forces are moving towards the Kabajeb and they are cutting the ISIL. clashes continue in this axis