The Syrian army is advancing toward the city of Deir Ezzor , Just 18 km remained. 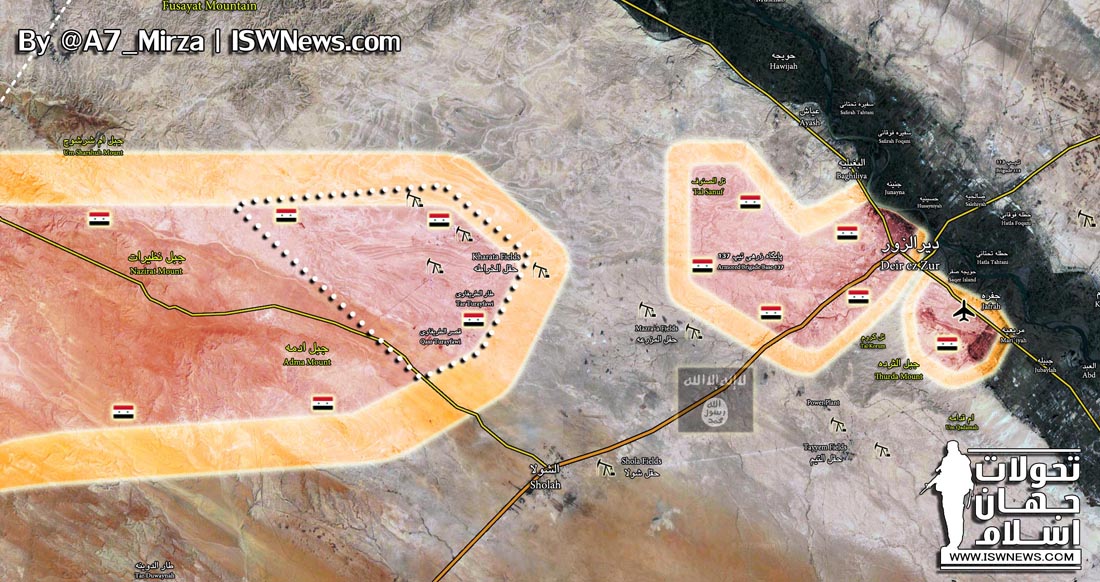 With this advance, the Tiger Forces and their allies deployed in only about 18km from the city besieged by ISIS and outflanked ISIS strongpoints in the Sholah area.