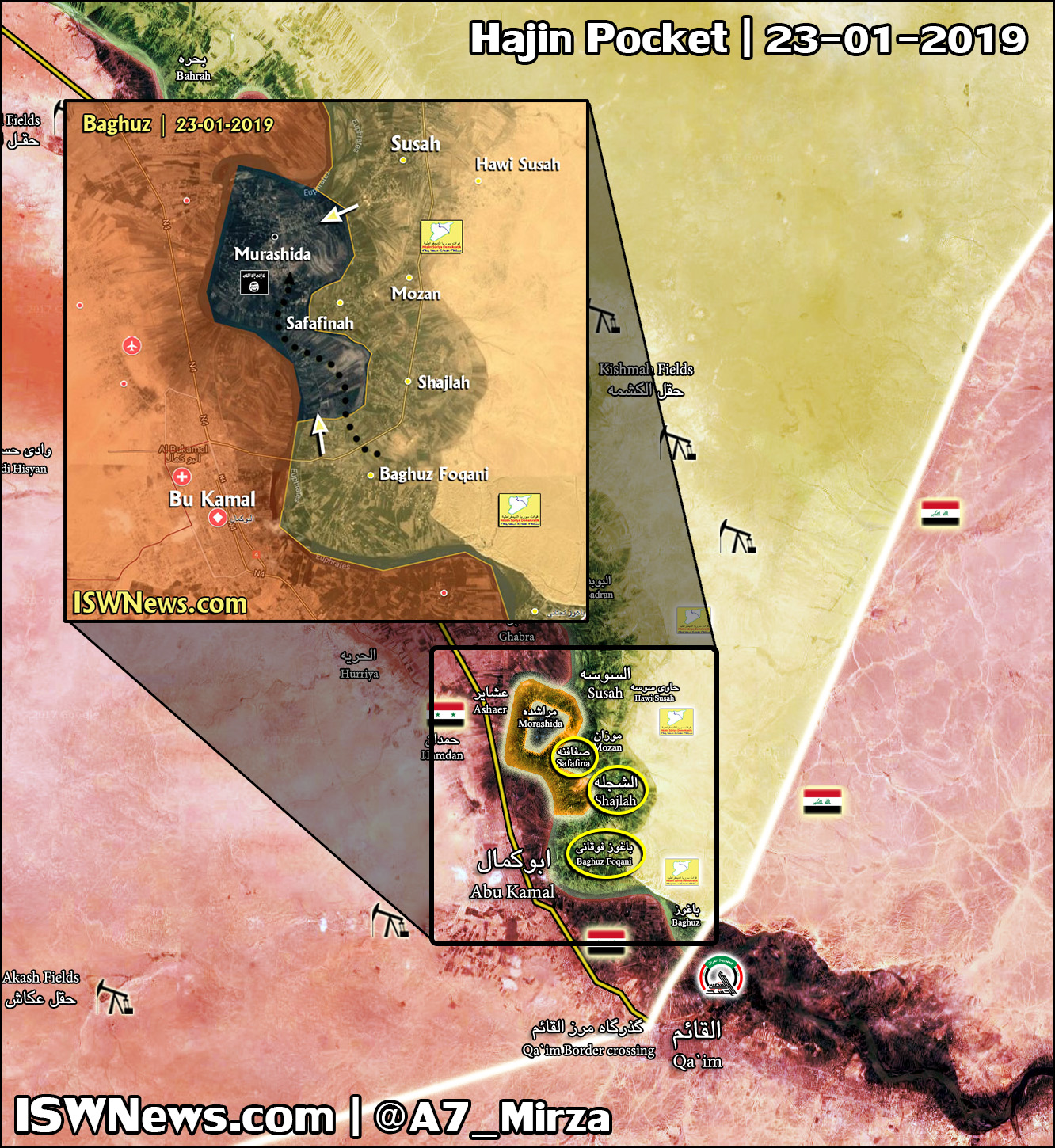 ISIS terrorists retreated toward Al Murashidah and it is the last village occupied by ISIS in east of Euphrates.

In recent days, a large number of ISIS members surrounded themselves to SDF, among whom some are non Syrian. According to our sources, about 200 ISIS members are left who took refugees in Al Murashidah and they are foreigners as well.