Kabajeb and Shola were liberated! The distance to Deir Ezzor reduced to 3 kilometers. 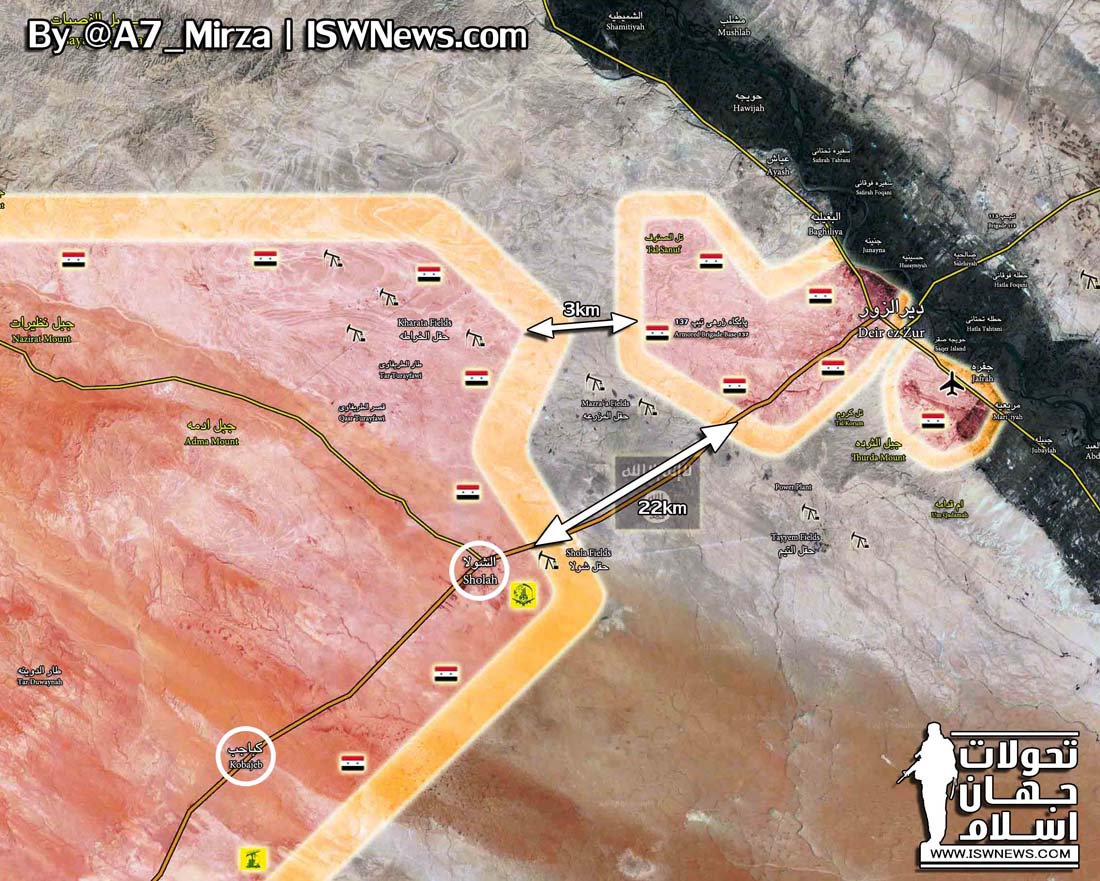 According to the news and analytics outlet of Islamic World News, Syrian army and the resistance forces advanced in the Syrian Desert and villages of Kabajeb and Shola were liberated.

With the liberation of Al-Shola, the distance between the forces in this axis and the first line of the army in the city of Deir Ezzor reduced to 22 kilometers.

Also on the north axis, distance to 137th armored brigade reduced to  ~3 kilometers, and the troops in the garrison are clearing the mines planted in this axis to make the Syrian army’s future path to the garrison smoother.

Soon enough the siege will break…