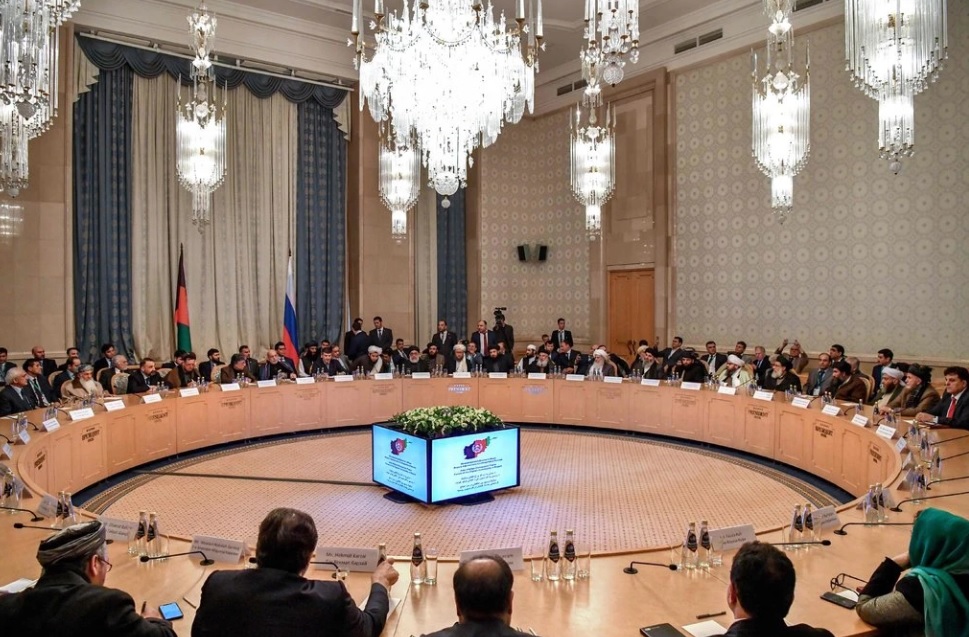 Delegates attending the peace talks in Moscow issued a joint Statement in which they outlined a nine point approach to promote “intra-Afghan” dialogue aimed at finding a political settlement for Afghanistan.

1- All parties in this conference have agreed that a dignified and lasting peace is the aspiration of all the people of Afghanistan and this principle has been achieved in Moscow.

2- All parties agreed that in view of the current sensitive situation, the intra-Afghan dialogue must continue on regular basis.

3- All parties agreed to support the ongoing talks in Qatar and consider these talks a positive step towards ending the imposed war on Afghanistan.

6- All parties agreed that the values such as respect for the principles of Islam in all parts of the system, the principle that Afghanistan is a common home to all Afghans, support to a powerful centralize government with all Afghan ethnicities having a role it it, protecting national sovereignty and promoting social justice, to keep Afghanistan neutral in all regional and international conflicts, protecting Afghanistan’s national and religious values and undertaking a unified and single policy.

7- All parties agreed that to determine lasting peace in Afghanistan, the following points are important : the complete withdrawal of foreign forces from the country, asking all countries to avoid interfering in Afghanistan’s internal affairs, providing assurance to the international community that Afghanistan will not be used against any other nation, protection of social, economic, political and educational rights of the Afghan women in line with Islamic principles, protection of political and social rights of the entire people of Afghanistan and protection of freedom of speech in line with Islamic principles, undertaking efforts for attracting international assistance for the reconstruction of Afghanistan’s infrastructure.

8- All parties agreed that in order to create the atmosphere of trust and promote peace, in the first step, it is important that these items are taken into consideration, tackling the issue of all those inmates who are old, or suffering uncurable diseases or have completed their prison sentences and the removal of leaders of the Taliban from the UN blacklist, opening of an official political office in Qatar for acceleration of peace talks.

9- All parties agreed that the next intra-Afghan meeting to be held in Doha, Qatar as soon as possible. Agreement was also made to work further on some other important issues related to the peace process in Afghanistan.

It should be noted that the Afghan government did not participate due to the persistent refusal by the Taliban to engage in dialogue with government.