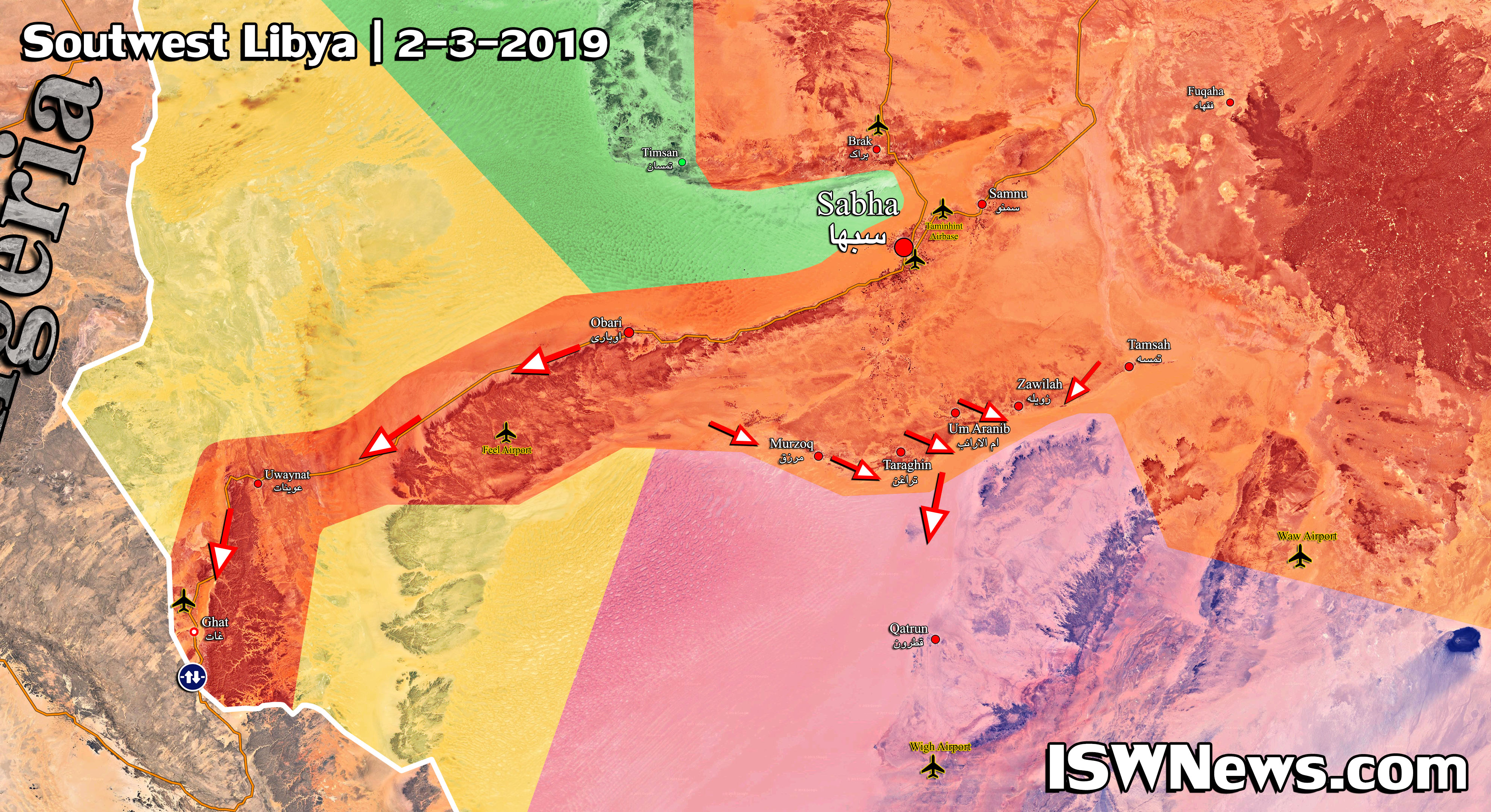 In the recent week, National Army could claim Traghen and Fanqul in southwest of Um al Aranib, Murzuq province without much trouble. Also near border areas, Uwaynat at the center of Obari province and Ghat airport and city at the border of Algeria were claimed by National Army.

The operation is continuinging while Faez Al Seraj and Khalifa Haftar in a summit in Abu Dhabi reached an agreement about holding an election after finishing the transition administration in Libya.