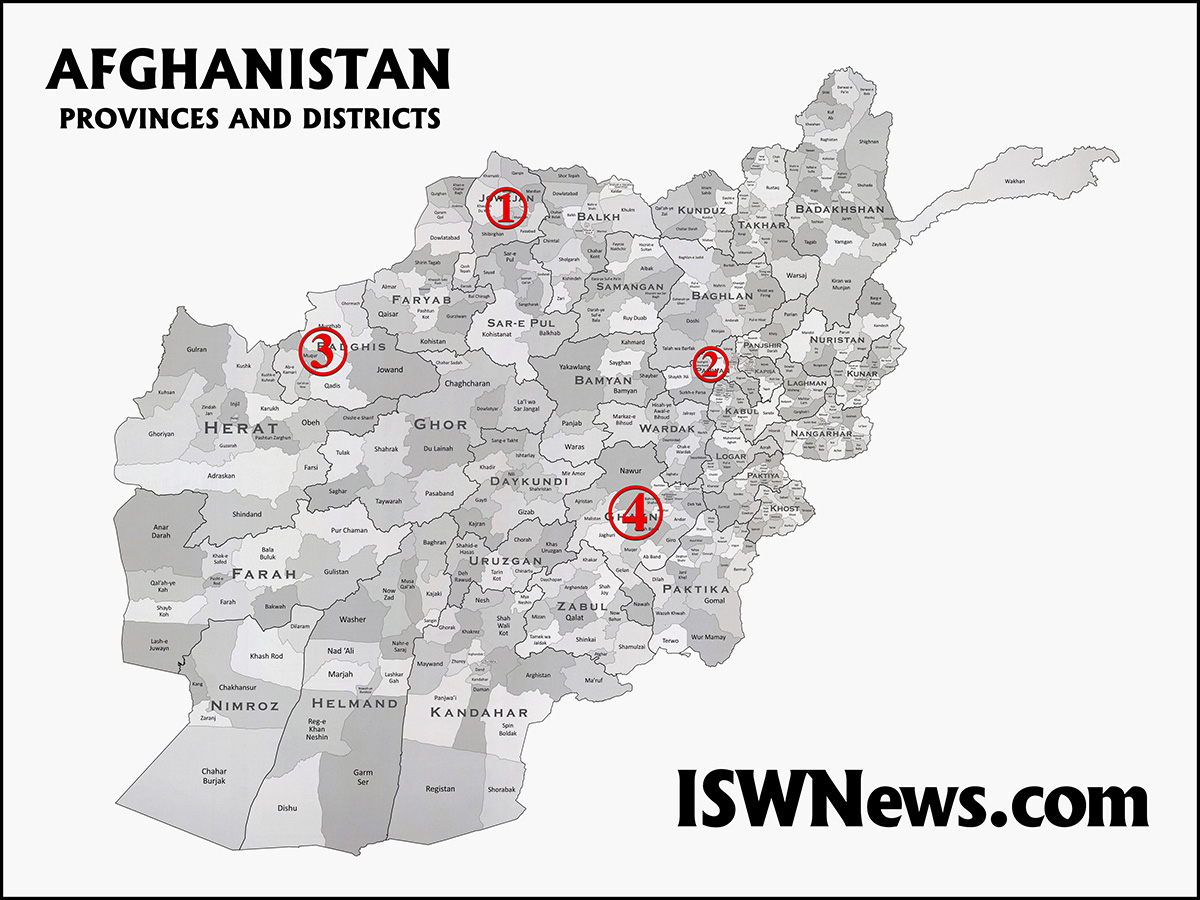 1. Jowzjan:
In the engagement between Taliban and security forces in Feidh Abad and Qolandi 8 security forces martyred and 5 injured.
According to Jowzjan local officials, 60% of the province is occupied by Taliban.

2. Parwan:
Due to a Taliban’s suicide attack to Barik Ab area near Bagram base, 4 American soldiers are killed and 3 wounded.

3. Badghis:
– Engagements in Bala Murghab; Defense Ministry reported most part of the city are under control and 11 members of Taliban are killed and 65 wounded.