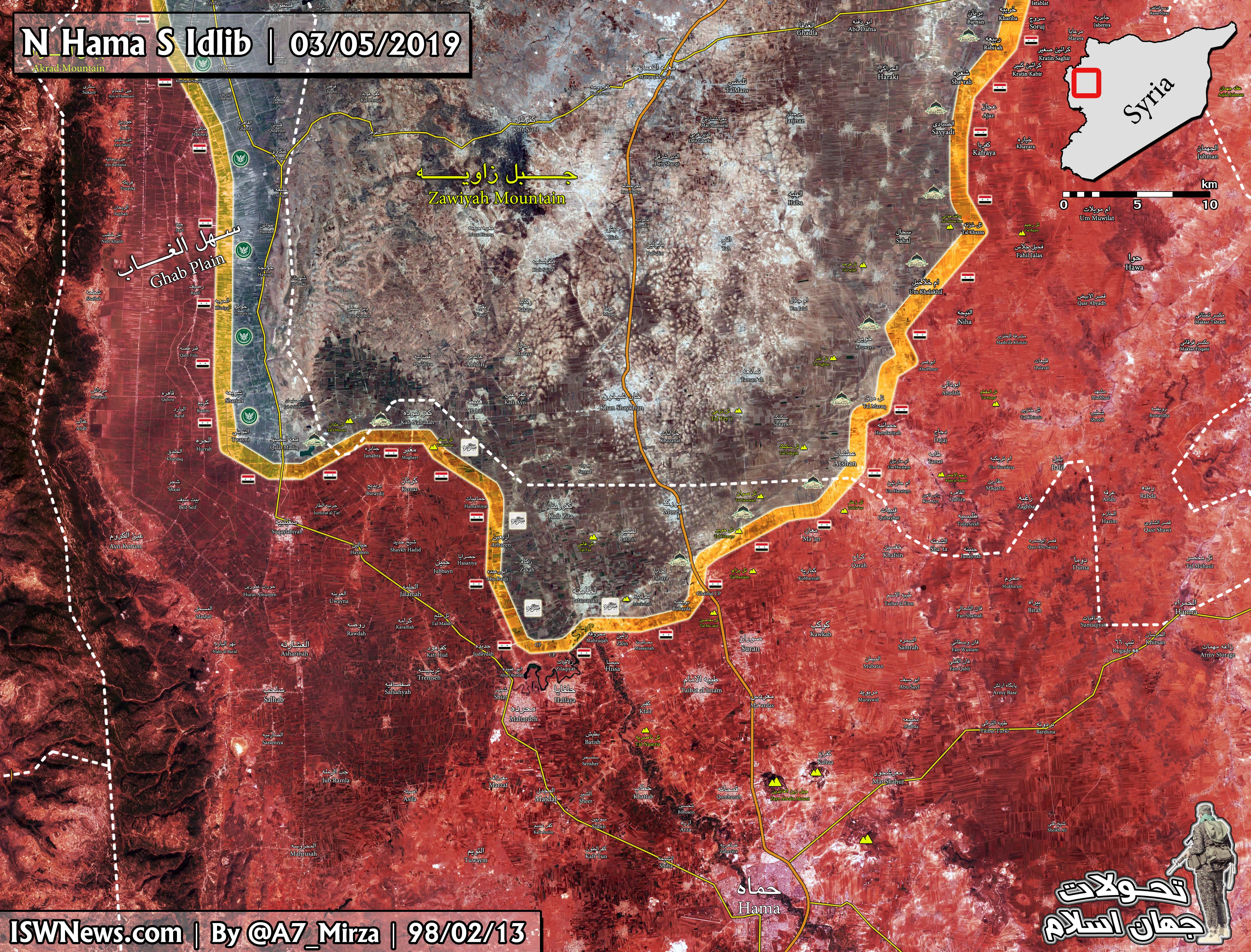 ISWNews Analysis Group: In despite of heavy engagement in Qalaat Madiq front, north of Hama between Syrian Army and NFL militants, there is no significant change in the field map.

Artillery fire exchange between militants and Syrian Army at the frontline is becoming a routine and is continuinging for months on and off.
Militants not being respectful to the ceasefire in the region gave Syrian Army and Russian Airforce the excuse to bomb militants positions and in return militants also attack the Army’s positions.

In recent days, there are news that a new convoy of Syrian Army forces are sent to north of Hama; although it is not a strange news but engagements of the last 24 hrs are different from before and bombing and fire exchanges are intensified.

This does not mean Syrian Army is conducting a vast operation and is more like a small operation. The fact is that Syrian Army is repelling the militant attacks in the area…
There is no significant change in frontline and we will report if it happen.