Latest Military Situation in North of Hama, 14 May 2019 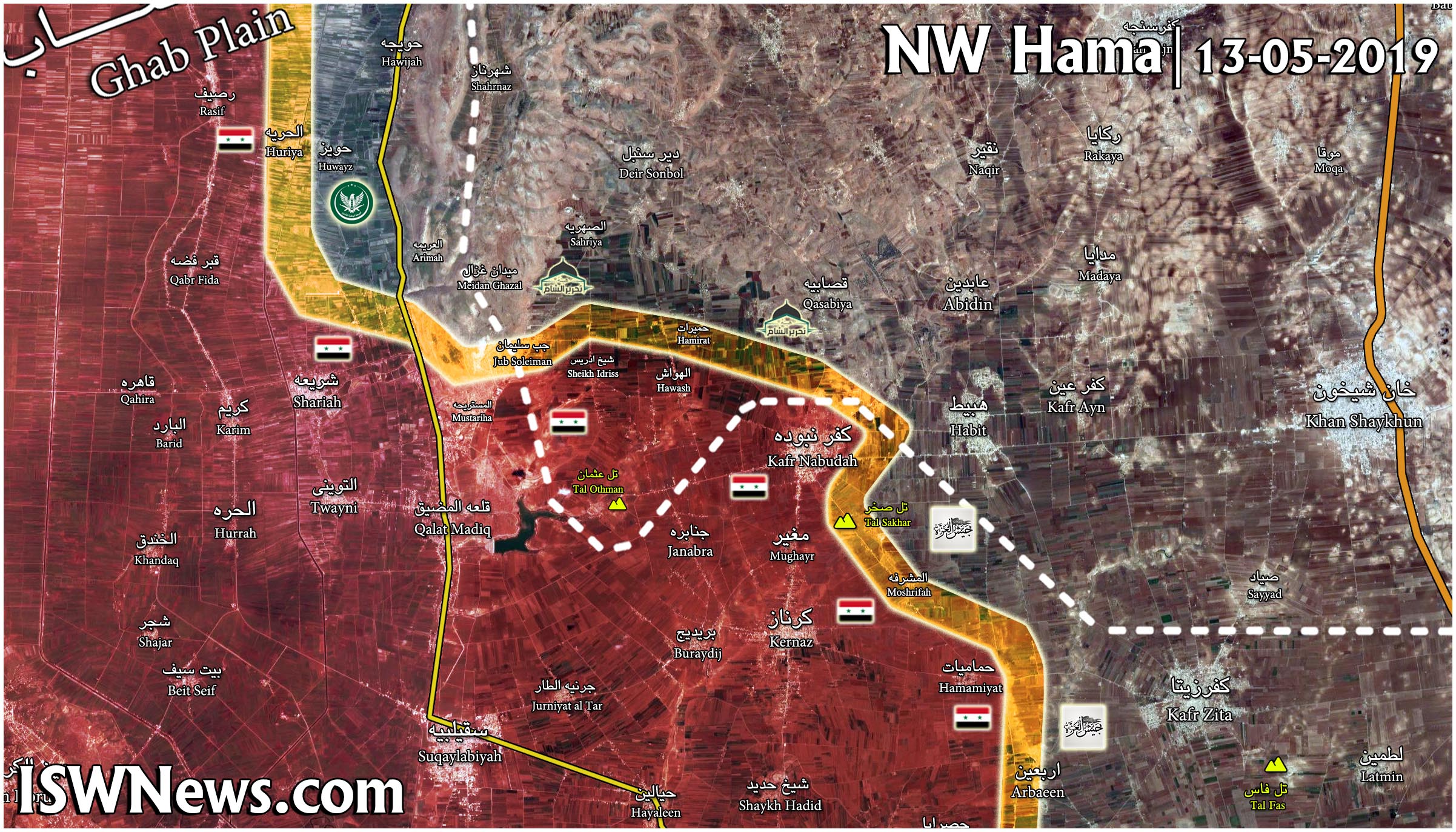 According to sources, in this attack, militant’s ten vehicles including tank, armored vehicle, pickup trucks and etc. were destroyed. A large number of militia were killed, too.

Considering militia’s unsuccessful strives in these axes, it is predicted that terrorists of Hurras al Din, Ansar al Din and Ansar al Islam will emerge in these fronts!